The researchers urge for action as the pandemic is preventable, not inevitable.

Parkinson's disease (PD) is a rare but debilitating progressive nervous system disorder that impacts movement, muscle control, and balance. Symptoms start slowly with tremors but may eventually progress to even interfere with speech and facial expressions.

Now, researchers have released a worrisome study that indicates the disorder may become a pandemic. The culprits for this are demography and the by-products of industrialization. 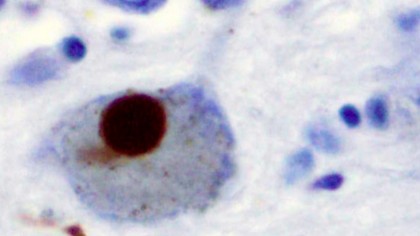 According to the researchers, neurological disorders are the leading cause of disability worldwide with the fastest growing being PD. The number of PD patients has increased significantly in the past years.

Just from 1990 to 2015, the number of people with PD doubled worldwide to over six million and the researchers warn that the number could double again to over 12 million by 2040.

"By 2040, we can truly talk about a pandemic that will result in increased human suffering, as well as rocketing societal and medical costs. How can the community be made aware of this scenario and implement changes in research priorities and care programs to lessen the burden of the upcoming pandemic?" cautioned Patrik Brundin, MD, Ph.D., Van Andel Research Institute, Grand Rapids, MI, USA, Editor-in-Chief of the Journal of Parkinson's Disease.

To stop this pandemic the researchers suggest we advocate for PD-relevant policies and resources. They also recommend using effective therapies and caring for those affected.

"The tide of PD is rising and spreading. PD exacts an enormous human toll on those with the disease and those around them. The strain of caregiving has adverse health consequences of its own. The economic costs of PD are also substantial, poised to grow, and at least in the US, overwhelmingly directed at institutional care, which few desire," said lead author Ray Dorsey, MD, from the Department of Neurology and Center for Health and Technology, University of Rochester Medical Center, Rochester, NY, USA.

Part of the issue is that PD increases with age and our populations are increasingly living longer which means they are aging more. The researchers indicate that the number of people over 65 is rapidly growing while global life expectancy has increased by six years in just the last two decades.

The researchers advocate we decrease smoking, which is related to PD, and also mitigate the by-products of industrialization such as exposure to pesticides and heavy metals. All is not lost, argue the researchers, but we need to get proactive.

"In the past century, society has successfully confronted pandemics of polio, breast cancer, and HIV to varying degrees. Central to the success of these efforts was unbridled activism," stated Dr. Dorsey.

The authors are now calling out to the Parkinson's community to form a "PACT" to "prevent, advocate for, care, and treat" the disease.

"We hope that this article will raise awareness of the challenge and form the basis for a community-led response to address one of the great health challenges of our time," added co-author and Associate Editor of the Journal of Parkinson's Disease Bastiaan R. Bloem, MD, PhD, from the Radboud University Medical Center, Donders Institute for Brain, Cognition and Behavior, Department of Neurology, Nijmegen, The Netherlands.

"The PD pandemic is preventable, not inevitable," conclude the authors.

The study is published in the Journal of Parkinson's Disease.