Scotland is Entirely Coal Free for the First Time Ever

The drive for countries to reduce their dependence on coal power and convert to sustainable green energy has been growing stronger in the past years. Up until recently, Scotland had one operating coal fire plant, the Longannet power station, which picked up the slack from the largely wind farm driven Scottish energy industry. Just yesterday however, the country of 5 million burned its last piece of coal for energy production and now runs nearly solely off of renewable sources. Surprisingly, this one plant generated enough power to supply energy to 1/4 of all Scottish homes, so it's a pretty big deal that it is now shut down. 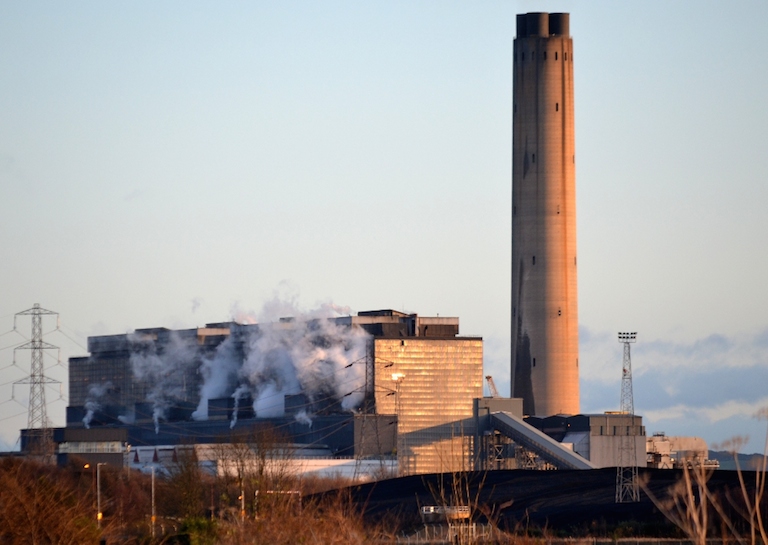 Workers and reporters gather in the control room where they watched on as the shut down button was pressed for the plant, marking a historic occasion for the country. The shut down comes in the wake of Scotland's efforts to run off of 100% renewable energy by 2020, an effort that other European countries have decided to decrease funding for.

“Scotland has undergone a renewable energy revolution in the past 15 years and the closure of Longannet perfectly illustrates that change. Our electricity system is in transition from one dependent on dirty, polluting coal to clean, reliable renewables." ~ Dr Richard Dixon, Director of Friends of the Earth Scotland

The Longannet coal fire plant burned 4.5 million tons of coal annually with only 60% percent of the total stored energy being converted into useable electricity. Scottish Power tweeted the following video showing the shut down and legacy that the plant will have on its employees, and even the country.

As countries become coal free and effectively begin to operate on renewable energy, it is likely to become the standard for power generation. Whether you love the environment or not, it is obvious that coal energy production creates harmful chemicals and pollutes the environment. Not only this, but running a country on a non-renewable resources is simply not sustainable in the long term. Renewable energies like solar, wind and others are a benefit to both the countries and the users when proven to be efficient and scalable.

Closure of the Longannet plants marks a historic occasion for the windy country of Scotland, and hopefully other countries will be soon to follow. As far as the larger world superpowers, fully renewable energy production will take a little bit longer, but with economic and cultural pressure, the transition will likely happen in our life time.

SEE ALSO: Can wind and solar power displace coal? Yes, it can – easily