The Scottish government is sponsoring four separate studies into the feasibility of universal basic income in four distinct areas of Scotland.

Universal basic income has been around in various ideas for decades, but the concept started to build significant traction in recent years. And the biggest news to come of late? Scotland has four councils currently attempting to transform the 'fantasy' of universal basic income into a viable reality.

Universal basic income was first theorized by political theorist Thomas Paine who advocated for a citizen's dividend. Given the current economic climate since the 2008 Great Recession and subsequent rebuilding, more and more government leaders and political scientists are looking to make universal basic income a possibility.

Scotland could also be the perfect platform for such an 'experiment.' The project is being supported with a £250,000 grant from the Scottish government. The four areas of Glasgow, Edinburg, Fife, and North Ayrshire will get their own basic income pilot.

Scotland’s First Minister Nicola Sturgeon, who's thrown complete support behind the project, said: "It might turn out not to be the answer, it might turn out not to be feasible. But as work changes as rapidly as it is doing, I think its really important that we are prepared to be open-minded about the different ways that we can support individuals to participate fully in the new economy."

Matt Kerr has been lobbying for the idea of universal basic income to the Glasgow city council for years. He told the Guardian, "Reactions to basic income have not split along the usual left/right party lines. Some people to the left of the Labour party think that it undermines the role of trade unions and others take the opposite view. But there should be room for skepticism; you need that to get the right policy."

Party lines have already been drawn throughout the process, but the projects have also generated a surprising amount of unity through sheer curiosity.

"The danger is that this falls into party blocks," Kerr said. "If people can unite around having a curiosity about [it] then I’m happy with that. But having the first minister on board has done us no harm at all.”

Y Combinator’s president, Sam Altman, tweeted: "In a world where technology eliminates jobs, it will mean that the cost of having a great life goes down a lot […] But without something like basic income, I don’t think we can really have equality of opportunity."

2/ In a world where technology eliminates jobs, it will mean that the cost of having a great life goes down a lot.

Joe Cullinane, the Labour leader of North Ayrshire Council, said: "We have high levels of deprivation and high unemployment, so we take the view that the current system is failing us and we need to look at something new to lift people out of poverty.

"Basic income has critics and supporters on the left and right, which tells you there are very different ways of shaping it and we need to state at the outset that this is a progressive change, to remove that fear and allow people to have greater control over their lives, to enter the labour market on their own terms." 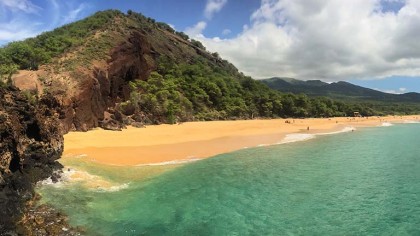 The idea does have its fair share of critics. Sturgeon's opponents laid out their grievances in a civil service briefing paper which called it a "conflicting and confusing" idea. The Scottish Conservatives also accused Sturgeon of "pandering to the extreme left of the [independence] movement."

Regardless of the criticism, the idea is certainly one that continues to gain traction thanks to the support from a surprising number of STEM leaders in addition to political theorists. Mark Zuckerberg, Stephen Hawking, and Caroline Lucas have all backed or shown interest in testing universal basic income.

Via: The Guardian, Futurism