Scotland holds the largest oil reserve in the E.U. but proved they don't need it 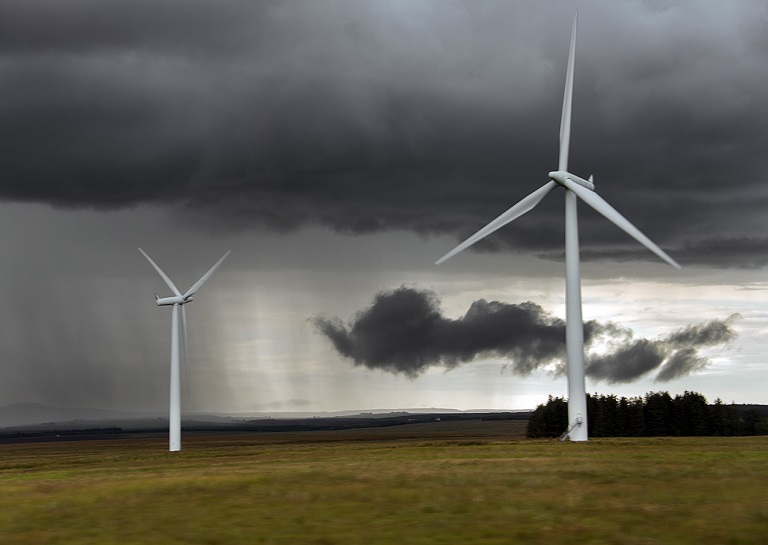 Scotland continues to lead the frontier for the battle against global warming by pledging to reach 100% renewable sustainability for energy production by the year 2020, a reasonable goal after producing 100% of the energy demand through wind generation alone.

The ambitions plan, however, is already well under way. Scotland currently utilizes 39% renewable energy, with nuclear at 33% and fossil fuel generation at 28%. However, recently the country made national history by providing 106% of the countries energy through wind generation alone. It is the first time on record for both providing not only the  entirety of the daily energy demand energy with wind generation, but also producing more energy than was used in a single day in Scotland.

On August 7th, a storm produced gale-force winds that saw the country get battered by gusts exceeding 115 mph (185 km/h). The storm provided the energy for the record breaking energy production.

“While Sunday’s weather caused disruption for many people, it also proved to be a good day for wind power output, with wind turbines alone providing the equivalent of all Scotland’s total electricity needs.

“This major moment was made possible thanks, in part, to many years of political support, which means that across the year now, renewables contribute well over half of our electricity needs.

“However, if we want this ensure we reap the many benefits of becoming a low-carbon economy we need to see this political support for renewables continue.”

While the country is estimated to have the largest oil reserves in Europe, the country has proven they largely do not need it.

The country does not solely rely on winder generation, however. Scotland also makes use of tidal energy, solar,  and hydro. Currently, the low carbon and renewable energy economy is sustaining not only renewable energy, but also provides 21,000 jobs across the country.

Sustainability lurks on the horizon for Scotland as they further their reach towards renewable energy and sustainability. With one of the first countries to harness the power of water in the world, Scotland continues to live abide by that legacy in continuing to lead the frontier for renewable energy production.