When most think of "helicopter" and "Scotland" in the same sentence, it's normally as a helicopter tour of scenic Scotland. However, one innovative group decided to change that thinking entirely. They repurposed a decommissioned helicopter and converted it into a luxury stay. 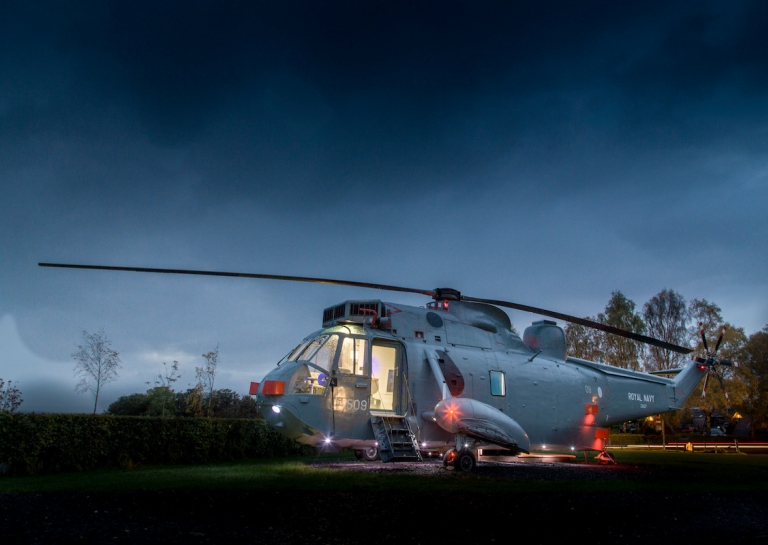 The team at Helicopter Glamping bought an old Sea King helicopter at auction. ("Glamping," for those unfamiliar, means "glamorous camping.") The Sea King, decommissioned in 2002, cost £7,000 in the March 2016 auction. Stirling farmer Martyn Steedman is the man behind the vision.

"We saw the Sea Kings being retired and they flew over the Wallace Monument which was quite an amazing thing to see," Steadman told BBC Scotland. "Then in the paper the next day they were talking about selling them off and I just thought 'that would be an idea - something completely different'. 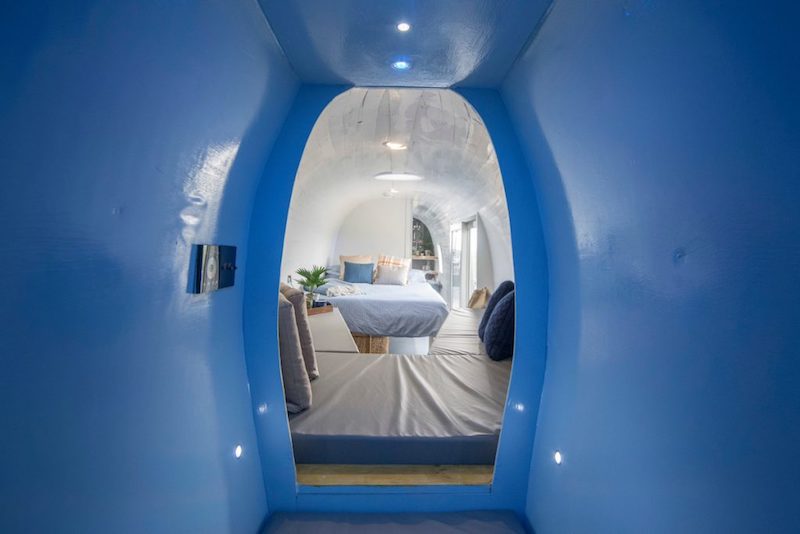 "I just thought it was such a shame that they were just going to go for scrap.

"When we bid in the auction we actually bid for the rotors first as they were first in the auction. We were then panicking, thinking we were going to have rotors without a helicopter - but then no-one bid against us."

Steedman and his group then transported the helicopter 320 miles by road before being perfectly positioned at their Thornhill campsite. 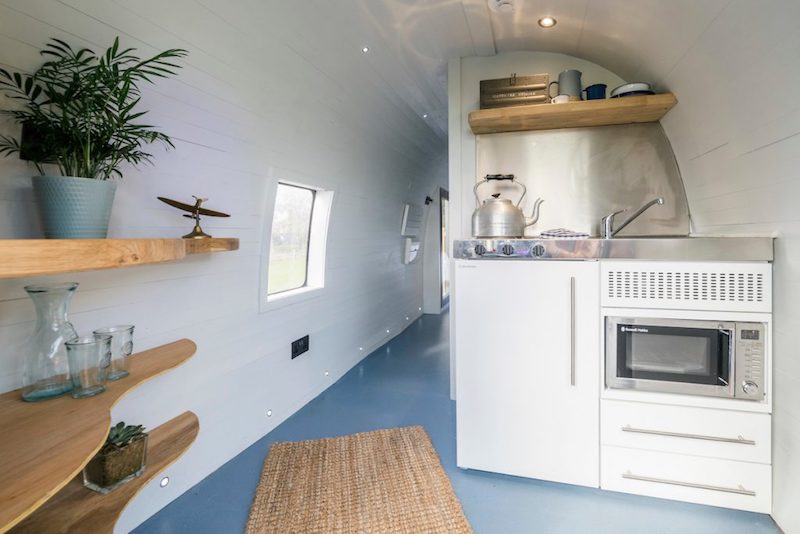 Helicopter Glamping said they "lovingly restored her exterior to its former glory" while revamping the interior completely.

"Her once peeling paintwork is a thing of the past after several days spent sanding her down and completely repainting her, whilst making sure we kept all her original signage," the company noted.

"We thought we might have trouble finding the right shade of grey, but it turns out farm oxide paint – normally used for farm buildings or fencing – is a perfect match for her military colour. 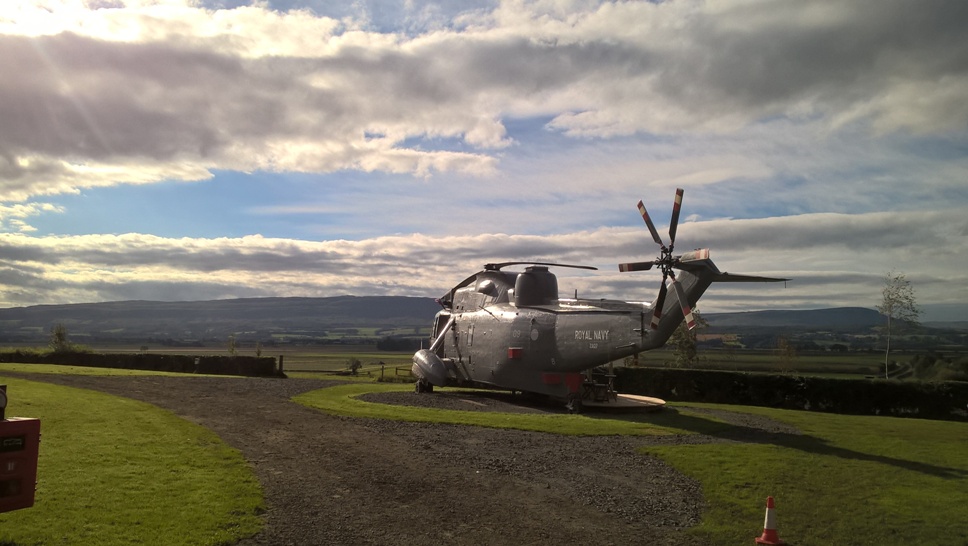 "We’ve kept and restored all of her original lighting, so when you see her lit up a night she looks as if she is ready to take off."

Inside, there are plenty of special features to entertain guests both young and old. They insulated the walls to keep the temperature comfortable year round. Wood paneling got added for a cleaner look, which the company compares to "an upturned hull of a boat."

The sleeping arrangements can comfortably sleep a family of five (even potentially six). It has two larger beds and one single twin found in the helicopter's tail.

The most impressive part is the reconfigured cockpit which is perfect for relaxing and enjoying the scenic views over Stirling.

Posted by Helicopter Glamping at Mains Farm on Thursday, 10 November 2016

"The flight deck has been refitted with swivel seats and a table made from an old fuel tank cover and painted with an RAF roundel," the company said. "We’ve retained the original dashboard, roof panel switches and foot pedals, so you can experience the helicopter as she once was and pretend they are flying her on a mission!" 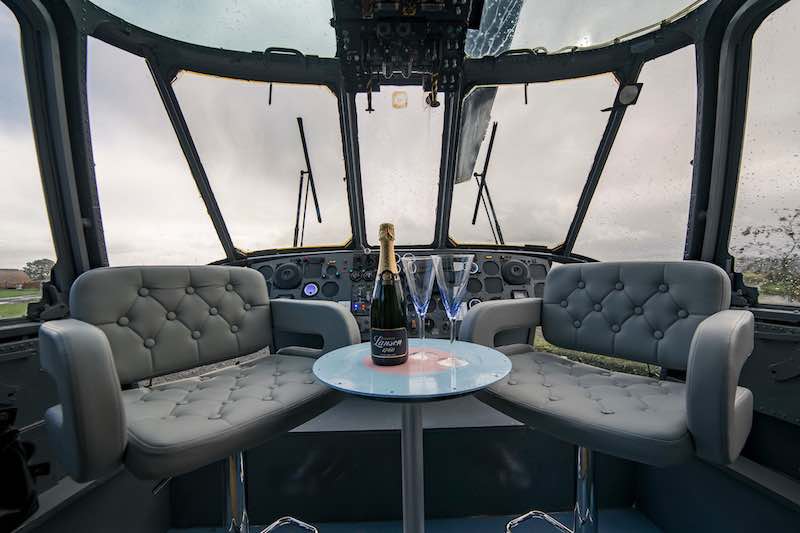 Since its refurbishment, the helicopter has been featured on several local news shows. George Clarke's Amazing Spaces show even showcased it.

There are plenty of incredible repurposing transformations. However, this is one of the most impressive we've ever seen.