SD Association Drops Huawei, Barring Them from Using SD Cards in the Future

China's Huawei ended one of the roughest weeks of its existence by learning that it will now also be banned from using SD memory cards.

Huawei has now been banned from using SD cards in its future devices after its membership in the SD Association, the trade organization responsible for standardizing the SD and microSD memory cards, was dropped.

Huawei's week from hell just got a little bit worse at the very end, thanks to it's being dropped from the trade group controlling standards and official access to the SD and microSD memory card format, preventing Huawei from using these cards in their future phones, laptops, or other media devices.

As reported by Engadget, the SD Association confirmed that Huawei had been barred from membership as a result of their new rules issued by the US government last week. The rules stem from Huawei and its subsidiaries being placed on what's known as the US government's "Entity List," which designates a company as a threat to national security in the eyes of the US government.

Such a designation makes Huawei and its affiliated companies ineligible to receive material or funding--like private investments--without prior US government approval. On top of this designation, President Donald Trump also signed an executive order forbidding the sale and use of telecommunications equipment from companies that it believes pose a heightened national security risk.

This order prompted Google to cut off business ties with Huawei at the beginning of the week, followed soon after by Qualcomm, and then the hardest blow of all, UK-based semiconductor technology company ARM, whose technology is at the heart of most of the mobile devices in the world--including all of Huawei's most popular mobile devices. 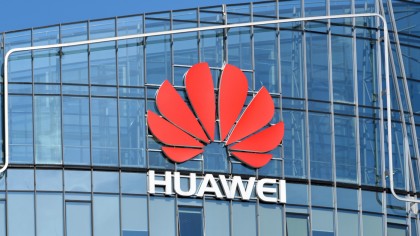 Similar to how Google's cutting ties with Huawei only affects future devices, not current ones, the SD Association ban only applies to future devices Huawei produces. This isn't that big of a blow however, since several popular mobile phones, including many Android devices as well as the various iterations of the iPhone do not have a SD or microSD slot. This might, however, prove a greater challenge when it comes to the company's notebook computers.

Apple Pays Its Engineers $180,000 Bonuses to Stop Them From Joining Meta