Another Apple Store has been evacuated following a battery explosion during repair. The Apple Store in Valencia, Spain was evacuated after smoke filled the building.

A second Apple store has had to be evacuated after an incident involving a phone battery. The Apple store in Valencia, Spain was evacuated on Wednesday after an iPhone's battery exploded during repair. The explosion filled one floor of the building with smoke. Local media reported that the incident occurred at 1:30 pm and emergency response teams were called but did not need to intervene. Despite the serious explosion, none of the Apple employees were injured in the blast and they were able to extinguish the battery with sand. This incident follows another explosion at a store in Zurich where an employee received minor burns after a battery caught fire. The Swiss incident resulted in seven people requiring medical assistance though none of them required hospitalization.

Battery price slash could be to blame 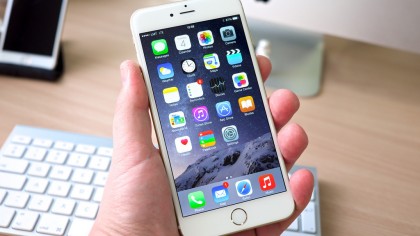 Apple issued an apology late last year revealing it had adjusted the performance of phones to deal with the problem of aging lithium batteries. In a statement released on the Apple website the smartphone giant said, “We’ve been hearing feedback from our customers about the way we handle performance for iPhones with older batteries and how we have communicated that process. We know that some of you feel Apple has let you down. We apologize.” Apple has not commented whether the fires are related to the same issue or not.

Following the apology, Apple offered its customer the chance to replace the battery on their phones for a reduced cost. Battery placement will now cost $29 down from $79. The company also promised that an iOS software update would come in early 2018 that would allow phone users to have better access to data about the health of the battery of their devices.

Eight lawsuits have been submitted in relation to the Apple apology by customers unhappy about the breach of trust. Two of the plaintiffs Stefan Bogdanovich and Dakota Speas claim Apple’s deliberate system change to their phones caused “economic damages and other harm for which they are entitled to compensation”. The battery incidents are just part of a series of incidents involving iPhones in the last few months. Reports coming out of China, Japan, and Taiwan indicate a spate of issues with phones that saw the iPhone 8 Plus batteries swell out of their cases.

Images of the iPhone 8 which a state-run Chinese website says burst open due to a swollen battery — one of growing no. of similar reports pic.twitter.com/nTQNGooY2i

In another distressing report, a teenager in Orlando, Florida reported that her iPhone had started burning causing severe damage to her skin. Tina Pierre shared photos of her burned stomach with online media. “It was really painful. It was, like, extremely painful,” Pierre said. “I was like, ‘Oh my God.’” Pierre said she told Apple what happened but received no assistance from the technology giant beyond receiving a replacement device. “They just kept asking me, ‘Well, how’s the phone doing? You need to send the phone in.’ And I was like, ‘What’s going on with my stomach?’” she said. “They didn’t ask me about my burn. They weren’t concerned with it.”