New research has shown that tropical forests can maintain their incredible biodiversity because of a close relationship between trees and their natural enemies.

Researchers have unlocked the keys to how tropical forests maintain their staggering biodiversity.

The question as to how such diverse amounts of species could live in such close proximity without one species becoming more dominant has a long puzzled environmental scientist.

A new study from the University of Oregon has shown that the soil around individual trees actually contains natural ‘enemies’ such as fungi and arthropods that attack and kill the seeds and seedlings of the tree to prevent that species from over colonizing the area.

Because local seeds are killed, seed dispersion plays a critical role in ensuring the tree species is spread to other parts of the forest.

Seeds moved away can flourish

Seeds can be moved from the original tree source in a number of ways including often by rodents, mammals or birds.

"In many North American forests, trees compete for space and some have a niche that allows them to outcompete others," said Taal Levi, an Oregon State University ecologist and lead author on the study.

"Douglas-firs are the species that grow best after a fire. Hemlock thrives in the shade and grows well under a canopy. Some species do well at elevation."

"But in the tropics, all of the tree species appear to have a similar competitive advantage. There is an abundance of species, but few individuals of each species. The chances of blinking out should be high. But there has to be a mechanism that keeps one species from becoming common, becoming dominant. And it is these natural enemies that have a high host-specificity."

Egbert Leigh, of the Smithsonian Tropical Research Institute, best described the diversity of tropical forests in one statement:

"How can a half square-kilometer (of forest) in Borneo or Amazonia contain as many tree species as 4.2 million kilometers of temperate zone forest in Europe, North American and Asia combined?"

The idea of natural enemies restricting the spread of a species of trees was proposed more than 50 years ago by two scientists in what has become known as the Janzen-Connell hypothesis.

The Janzen-Connell theory didn’t detail how the natural enemies of the trees could maintain such high levels of diversity and previous researchers suggested that it could only maintain a few species and was thus unimportant to the overall understanding of tropical forest biodiversity.

However, the new research suggests that this is exactly the close relationship between the trees and their natural enemies is the key to tropical forest diversity. 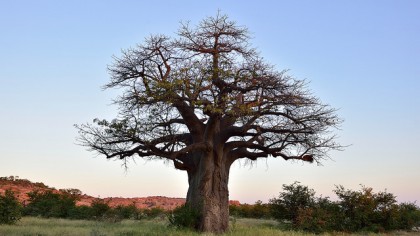 They propose that even a small area of natural enemies around an adult tree can prevent a tree from the same species developing which allows for very high levels of tree diversity in tropical forests can be maintained indefinitely.

"There is a 'seed shadow' around adult trees and some escape the curve and get out, allowing recruitment in other areas until the host-specific enemies get established in the new location," Levi said.

"That's why it is critically important to maintain the biodiversity of birds and mammals in these forests, or recruitment eventually will decline—especially in over-hunted areas."

Results of the study are being published this week in Proceedings of the National Academy of Sciences (PNAS).