See What Happens If You Reply to a Spam Email

Internet users get thousands of spam email messages in their inboxes each year. But have you ever wondered what happens when you respond?

For experienced web users, spam emails don't mean anything. They normally just get deleted without ever being opened, or they pile up in the "Spam" section of your inbox. But have you ever wondered what happens if you reply them? One British guy has spent his two years replying to spam mail with spectacular results.

A dozen of spam emails asks for money transfers, help with visa permits and a lot of other money-related requests. British comedian James Veitch followed these queries rather than deleting them. He then recorded the antics and posted them online, where they quickly went viral. He even took an email from "Winnie Mandela," the late Nelson Mandela's second wife.

According to Veitch, the game started when he got an email from a guy called Solomon Odonkoh, who offered a mysterious business. Instead of deleting the mail, he did what thousands have always wanted to do and responded that the email interested him. Veitch said the answer he got was quite bizarre. Solomon offered to ship gold to him with a 10 percent cut, with an amount of 25 kgs worth around $2.5 million.

"I AM WINNIE MANDELA, THE SECOND WIFE OF NELSON MANDELA THE FORMER SOUTH AFRICAN PRESIDENT. I NEED TO TRANSFER 45 MILLION DOLLARS OUT OF THE COUNTRY BECAUSE OF MY HUSBAND NELSON MANDELA'S HEALTH CONDITION." 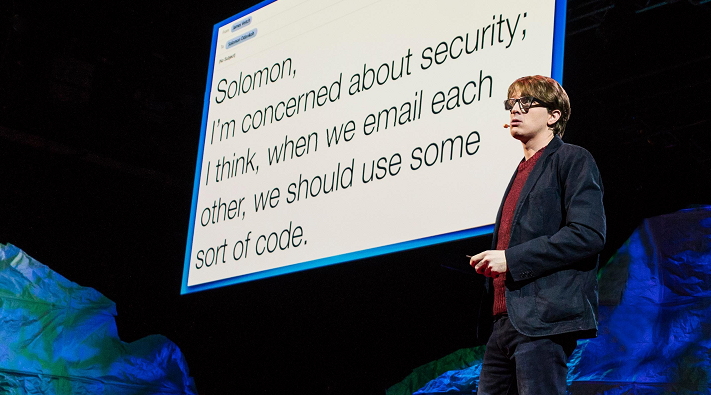 The only problem was that Nelson Mandela died months prior to the email. However, Veitch injected humor into his response:

"I said, "Winnie, I'm really sorry to hear of this. Given that Nelson died three months ago, I'd describe his health condition as fairly serious. That's the worst health condition you can have, not being alive."

While these are hilarious stories about a daily nuisance, users should still maintain an air of caution. This article from PC Mag details the information transfers that occur as soon as you hit the 'reply' button. According to tools they are used for, such as ZabaSearch, Spokeo, Zillow and many others, the recipient might get more information about you than you can imagine:

"At the start, Sam Spammer has nothing but your e-mail address and no guarantee that it's valid. If you respond, Sam can parlay that guess to learn much more about you. He can get your home address, phone number, age, marital status, the value of your home, and more. The sender doesn't have to be a spammer, of course. It could be any stranger e-mailing you for the first time. To protect your identity, don't respond to spam or other dubious e-mail."

These tips serve as a basic refresher course for online safety: Be cautious around strangers. It also wouldn't hurt to remind your grandmother not to respond to those emails, even if they're from the ghost of Nelson Mandela himself. While we can't all have Veitch's luck, we can certainly live through his hilarious cyber antics.

What Would Happen to Earth if Humans Disappeared