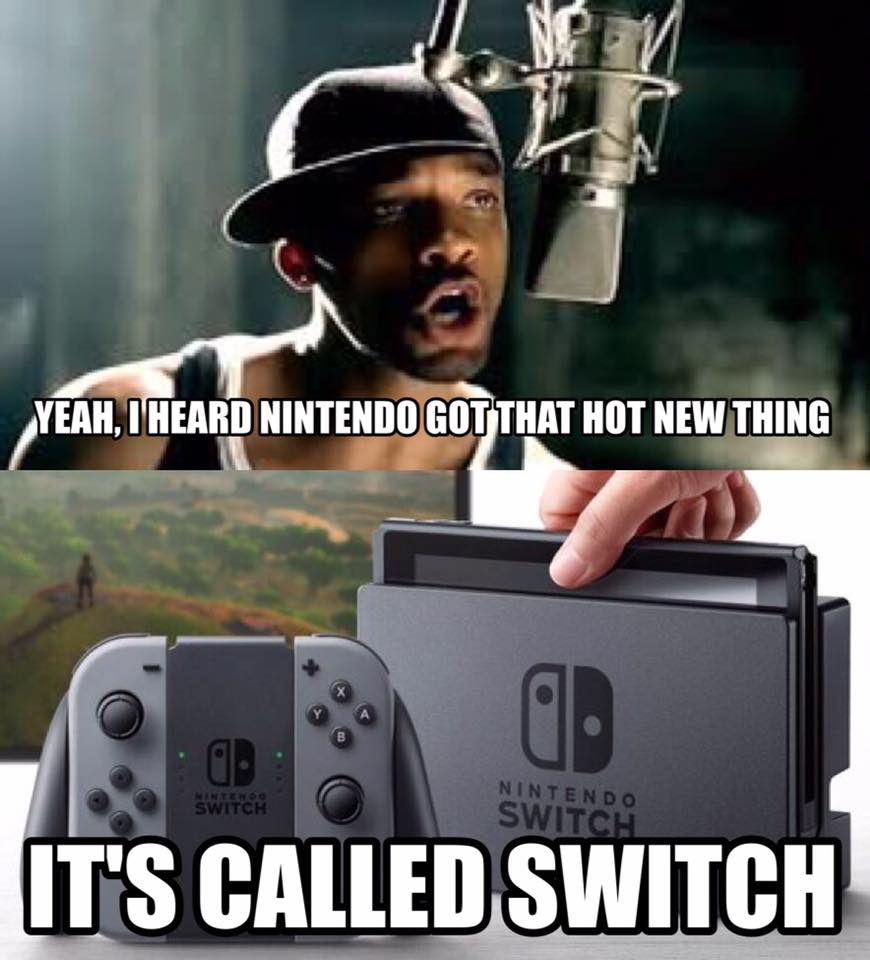 Nintendo dropped a trailer for its new gaming console - the Switch. But leave it to the internet to leave nothing alone. Here are the best gifs, memes and snide remarks about the Nintendo Switch. Prepare yourself:

Beefy AND portable. We dig it. #NintendoSwitch pic.twitter.com/AyzYy1gWlz

#NintendoSwitch best feature: Not having to pause when pizza shows up.

Sorry I was too busy lusting after the condo-dwelling leisure-class millenials and their possessions, what's the new Nintendo product again? pic.twitter.com/HKNa3KD187

Few thoughts on the Switch ad, save this: I hold trendy rooftop parties sacred. Don't bring your Nintendo. If you do, you'll answer to me.

So I just bought this Nintendo Switch from eBay and something just doesn't feel right about it pic.twitter.com/6MoOt1v46w

The new Nintendo is good because it lets you ignore your dog, who loves you more completely than anyone ever will, to play while at the park

told my dad i wanted a nintendo switch and he brought home this ffs pic.twitter.com/XAwFUG7MPe

Well, it was fun while it lasted. #NintendoSwitch #NX pic.twitter.com/S57TwuReoQ

#NintendoSwitch hype is happening (I never learn my lesson) pic.twitter.com/2WUUrNYJi3