See If You are Pronouncing English Properly with this Poem

English is a global language, which can connect people to each other. It’s also the most common spoken language in Great Britain, the United States, Ireland, Scotland, Australia and New Zealand. It is widely spoken all around the world. As a result of this globalization, most countries teach the English language in schools as a primary second language.

Many philologists have worked on the English language to develop it, or to learn the roots of it. Gerard Nolst Trenité was one of them. The Dutch observer is famous for his poem, The Chaos, which includes many idiosyncrasies of words in the English language. It's like a spelling game, in a poetic way. He wrote the poem for his book called "English Pronunciation Exercises”, which is an important source for English students as well. 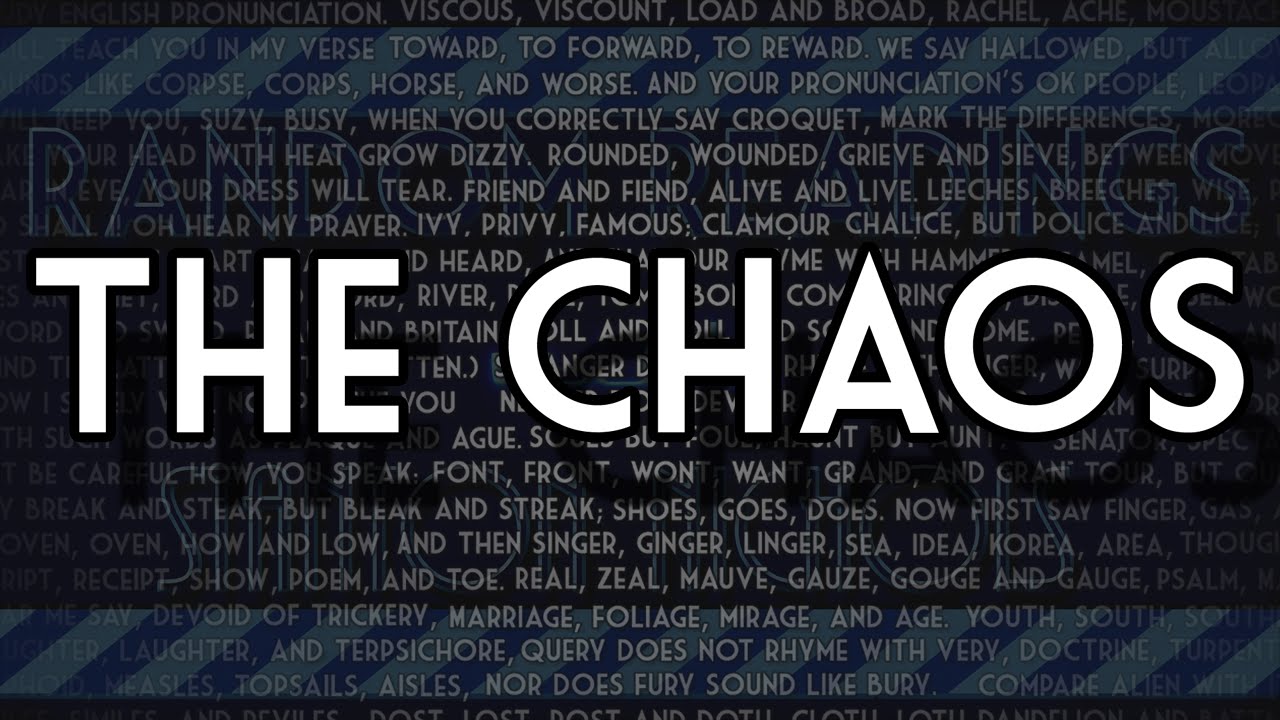 Nowadays, the poem has become a fancy way to prove if you are spelling and pronouncing English words properly and to help improve your speaking

It looks easy when you just read it, but when you start to listen, even native English speakers may have trouble with it. If you would like to learn how good is your English and prove it to yourself, listen to the video, and follow the poem, which you can see below. And please, don’t forget to have fun!

I will teach you in my verse

I will keep you, Suzy, busy,

Tear in eye, your dress will tear.

So shall I! Oh hear my prayer.

Dies and diet, lord and word, Sword and sward, retain and Britain.

(Mind the latter, how it's written.)

Now I surely will not plague you

With such words as plaque and ague.

But be careful how you speak:

Say break and steak, but bleak and streak;

Cloven, oven, how and low,

Hear me say, devoid of trickery,

Billet does not rhyme with ballet,

Toward, to forward, to reward.

When you correctly say croquet,

Friend and fiend, alive and live.

And enamour rhyme with hammer.

Doll and roll and some and home.

Stranger does not rhyme with anger,

Neither does devour with clangour.

Souls but foul, haunt but aunt,

And then singer, ginger, linger,

Say aver, but ever, fever,

Crevice and device and aerie.

Is a paling stout and spikey?

Won't it make you lose your wits,

It's a dark abyss or tunnel:

Islington and Isle of Wight,

Finally, which rhymes with enough --

Though, through, plough, or dough, or cough?

Hiccough has the sound of cup.

SEE ALSO: Iconspeak T-shirt Speaks Instead of You, Whenever and Wherever You Need to