Self-driving cars have started to make more of an appearance, but did you know that a convoy of self-driving semi trucks just drove across Europe? Just today a group of trucks arrived at the Dutch port of Maasvlakte after completing a cross-continent trip in what is being called truck platooning. Before you get too excited, the lead truck did have a driver, but the following trucks were completely autonomous even avoiding obstacles all on their own. As the trucks behind the lead are automated, they can stay closer together decreasing fuel consumption and making for a more efficient journey with fewer people. The video below explains how it works in greater detail, first reported on by the Verge.

While you may not think this is the best idea, the statistics behind being able to do this successfully are actually pretty amazing. It is reported that 90% of all car accidents are caused by human error, so eliminating human drivers, who make delayed decisions, from the picture may reduce congestion and accident rates. The semi trucks stay together using GPS,  sonar and wi-fi which provides almost instantaneous decision making capabilities.

The cross country trip was actually part of the European Truck Platooning challenge and featured vehicles from Daimler, Volvo, and Scania. The distance the trucks travelled varied slightly, but the longest travelled over 2,000 kilometers through Sweden, Denmark and Germany. 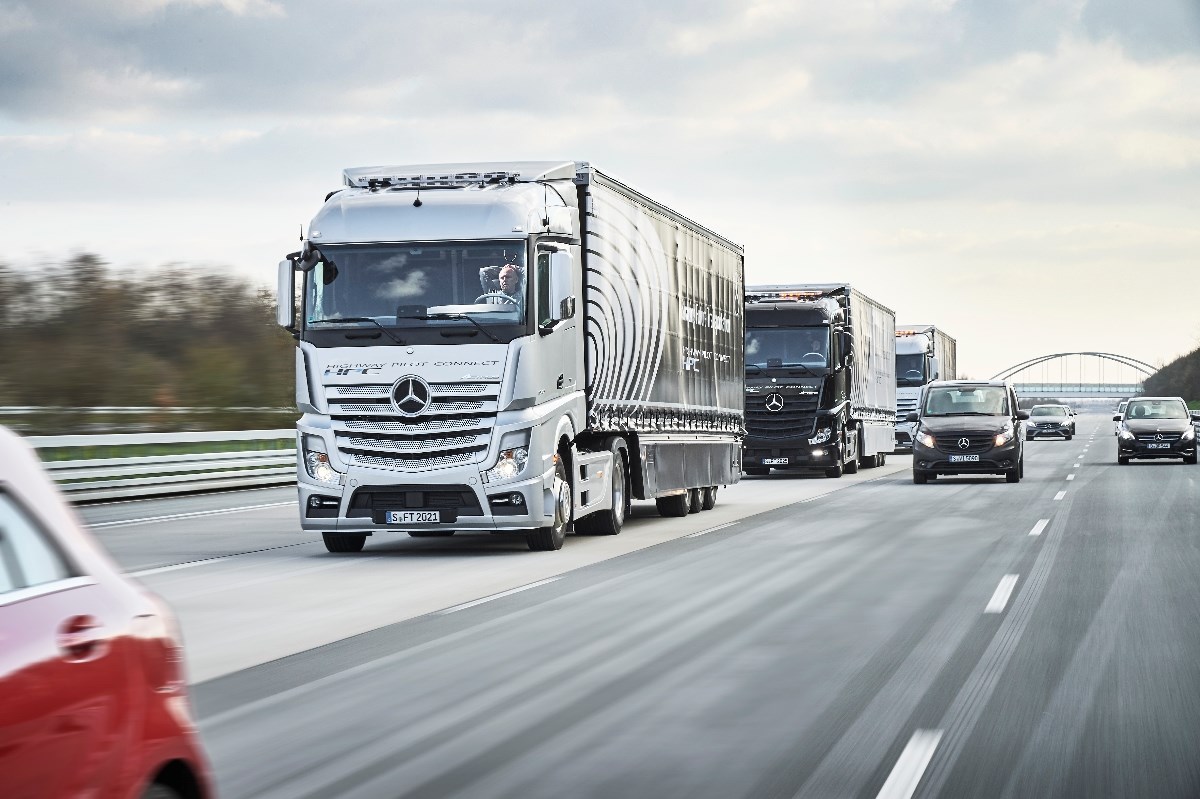 Part of the motivation behind this challenge is to demonstrate to roadway authorities that autonomous cargo transport vehicles can be seamlessly integrated into normal highway traffic routines. Currently there are no regulations surrounding the use of autonomous convoys on highways, largely because they haven't been a possibility until very recently. As the technology advances, municipalities and even federal governments are having to formulate completely new sets of road use rules surrounding the autonomous trucks and vehicles. 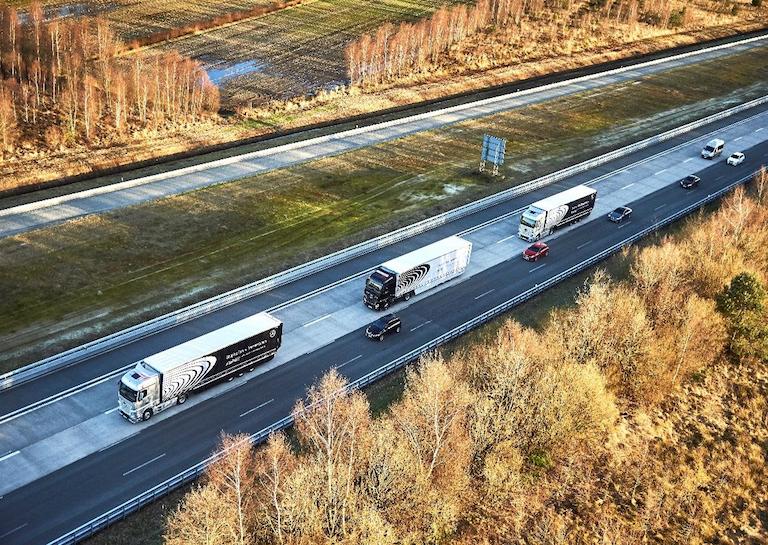 In the coming years we will surely see self-driving vehicles on the roadways, and while it is going to take some adjustment for pretty much everyone, they are likely here to stay. The biggest arguments for autonomous vehicles are fewer accidents and more flexibility in driving. Imagine being able to sit back and keep working while you made that cross country trip, never having to worry about having an accident. What do you think about sharing the road with autonomous vehicles, let us know in the comments.