It deteriorates your car, slows down your day, and it could even end your life. It seems bad roads are everywhere- and global warming is not helping. Cracks quickly turn into potholes, and potholes turn into the incredibly slow and annoying process that slows everyone down- roadworks. However, cracks, major roadwork, and incredibly annoying potholes could soon be a thing of the past. Scientists are honing down on ingenious methods to completely restore roads by improving durability, but not in a conventional way. Instead of focusing on improving the strength of a road, scientists are looking to develop self-healing roads. 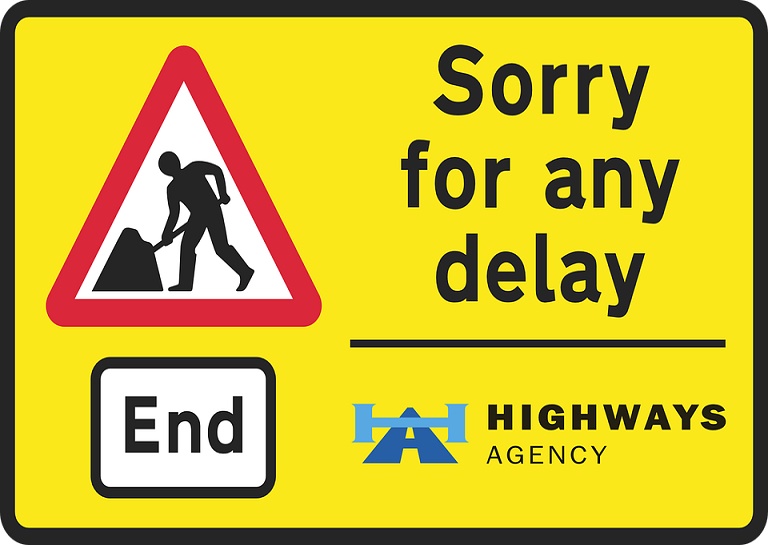 Self-healing properties are relatively new to materials science. If an object can heal itself, it doesn't need replacing. Product lifetime is a crucial factor that should be maximized, especially in road works. While almost everyone enjoys the opening of a new road that could shave a few minutes off of their commute, no one likes to repair them. Roads are failing and governments cannot keep up with the repairs. It's a fact that is costing everyone money- and a lot of it. 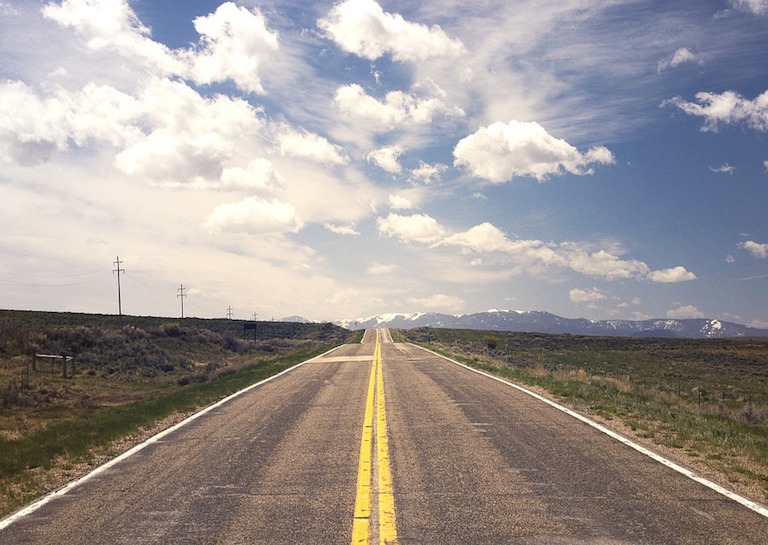 The global road network spans an impressive 16.3 million kilometers. Maintaining the operational health of a road is imperative as to not disrupt transportation and regular commute. Roads are subject to constant wear, tear, and stress. They crack and deteriorate over time. As a result, modern roads have a lifetime expectancy of 20-40 years, depending on the severity and kinds of conditions it is exposed to. Once the damage begins to hinder functionality, the road has to be replaced. As expected, replacing roads is an incredibly expensive and disruptive task. However, scientists are are improving on new innovative techniques to significantly increase road durability. With a few promising methods underway, scientists believe they can more than double the lifespan of a road. If implemented, self-healing roads could significantly improve economic and social aspects of every country.

The roads will require less servicing, increasing productivity while decreasing cost. Self-healing roads far outperform conventional roadways; self-healing asphalt can improve traffic flow, reduce maintenance activity, and can easily extend the life of a road up to 80 years. Durability is experiencing a shift from the idea of minimizing damage to the new era of self-healing capabilities.

Asphalt, one of the key compounds that make up a road, is a naturally self-healing material. If given an adequate rest period, asphalt retains the ability to restore its stiffness and strength. Under the intense heat of the sun compounded by asphalts natural tendency to absorb heat, asphalt will revert to a slightly less viscous state (like on those hot summer days when the road turns into goo). The material, as it expands slightly due to thermal expansion, seals micro-cracks that naturally develop from traffic.

As it turns out, with the simple addition of small steel fibers, the self-healing abilities of asphalt can be significantly amplified. Erik Schlangen, a materials scientist at Delft University in the Netherlands, believes this is the solution to self-healing roads.

The secret is in the conductivity of the steel. By simply driving an induction machine* over the compromised area, the steel will heat up, effectively raising the temperature of the asphalt. The heated asphalt then becomes quite malleable to the point where it is practically a liquid. From there, cracks begin to seal and potholes go into remission, restoring the road to its formal glory.

* Induction heating involves the process of using a magnet to rapidly heat up a metal. The process involves sending an alternating current through a series of coils, resulting in an oscillating magnetic field. The magnetic field then heats up molecules within a ferromagnetic metal (a substance that is highly susceptible to magnetization)- in this case, the steel fibers. 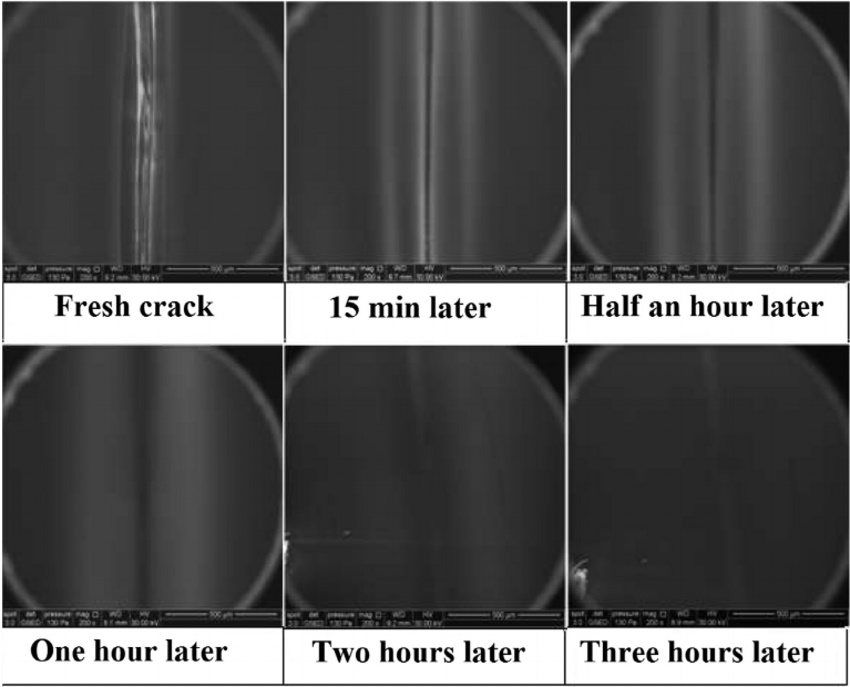 Results of self-healing road after exposure to induction heating [Image Source: University of Granada via ResearchGate]

The process is technically not entirely "self-healing" since an induction machine is necessary to initiate the healing process. It is, however, highly effective and sufficiently cheaper than closing the road for a temporary patch or a new road entirely, a process which takes days to complete.

The Road to the Future

The Netherlands have already implemented self-healing roads and the trials are going perfectly. The technique has already been tested on twelve different roads and all of them are in pristine condition. However, the viability of the new method will only be confirmed once the roads surpass the 10-year threshold- the time at which conventional roads begin to require repairs.

The approach does cost 25 percent more than conventional asphalt, but with the promising incentive of a doubled lifetime, the Netherlands could be saving over 90 million Euros a year if implemented across all their roadways.

Implementing steel fibers along the road also comes with additional benefits. The wires can easily conduct electricity, giving rise to the potential of wireless driving for electric vehicles.

“Putting steel fibers in the asphalt mean that you can send information to it, so it might be possible to charge electric cars on the road they’re driving on,” Schlangen says. “This is early, but we are going to make some trials in front of traffic lights, where the idea is that you can charge your car a bit while waiting in traffic.”

The idea of using induction heating roadways date back to 1968 when L. D. Minsk developed and patented an electrically conductive asphalt pavement. The pavement, which is infused with graphene (a conductive medium), could be heated via induction to melt snow and ice off of the road. However, the idea phased out.

Now, with the rising cost of fuels and inherently the rising cost of roads, the technique is undergoing refinement to improve self-healing. Humanity relies on an extensive global road network which influences civilization’s prosperity and economic development. As the European Commission states:

“Transport infrastructure inﬂuences both economic growth and social cohesion. A region cannot be competitive without an efﬁcient transport network.”

Today, the reliance on roadways remains stronger than ever. Despite an ever developing world, roadways continue to remain the same as they were 100 years ago.

Roads keep expanding, and cars continue to pound them. Quite simply, governments cannot keep up with the repairs. However, the self-healing roads that are available today are paving the way for a brighter future with less roadwork, costs, and finally, NO POTHOLES. Development is still necessary, though the solution is just right down the road.

For more information please watch the video below.