A plumber-turned-furniture designer has built himself a secret studio under a public bridge in Valencia, Spain. Fernando Abellanas designed and built the compact space himself using his knowledge of design and adventurous spirit to create a unique working area. 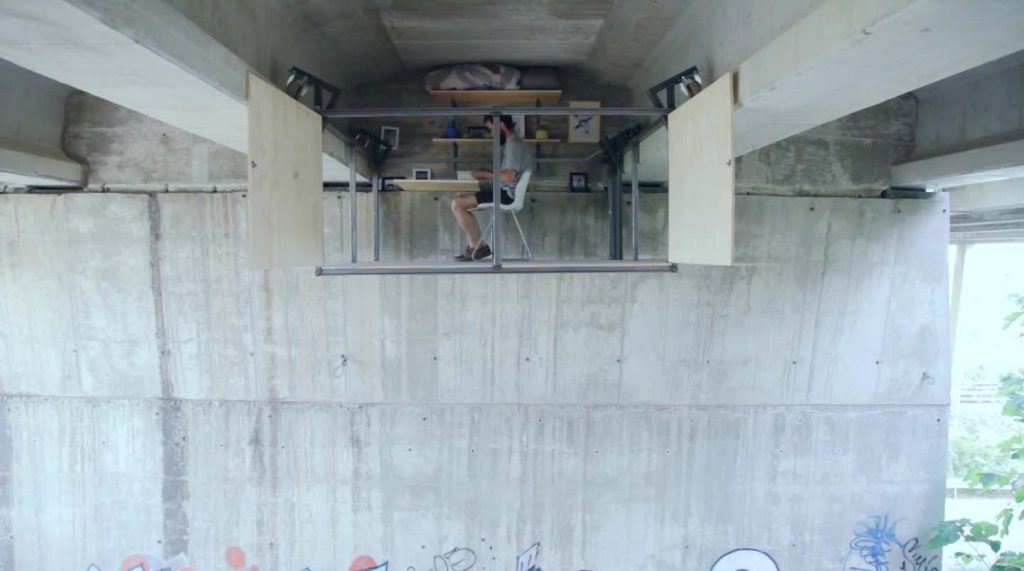 While he won’t disclose the exact location of his ‘office’ he explains he isn’t worried about people finding it. “The project is an ephemeral intervention,” he explains, “[It will remain] until someone finds it and decides to steal the materials, or the authorities remove it.”

The minimalist setup hosts a chair, a desk, and two shelves, making it as comfortable and practical as any other rented space found in the city. 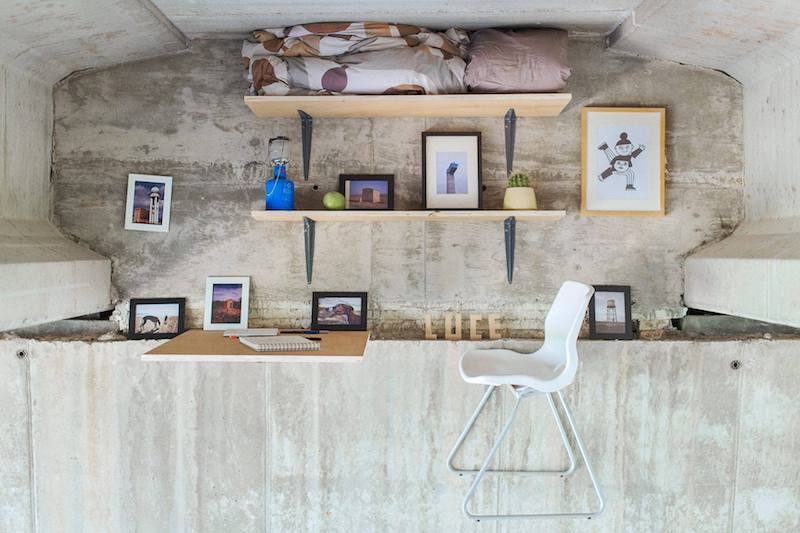 Office allows solitude amongst bustle of the city

The room makes use of the natural form of the bridge to create the walls and roof, the timber floor is attached to the bridge's sides and uses a hand crank system to push it up and down depending on when it is used. The self-taught designer creates furniture and lighting under the studio name Lebrel. 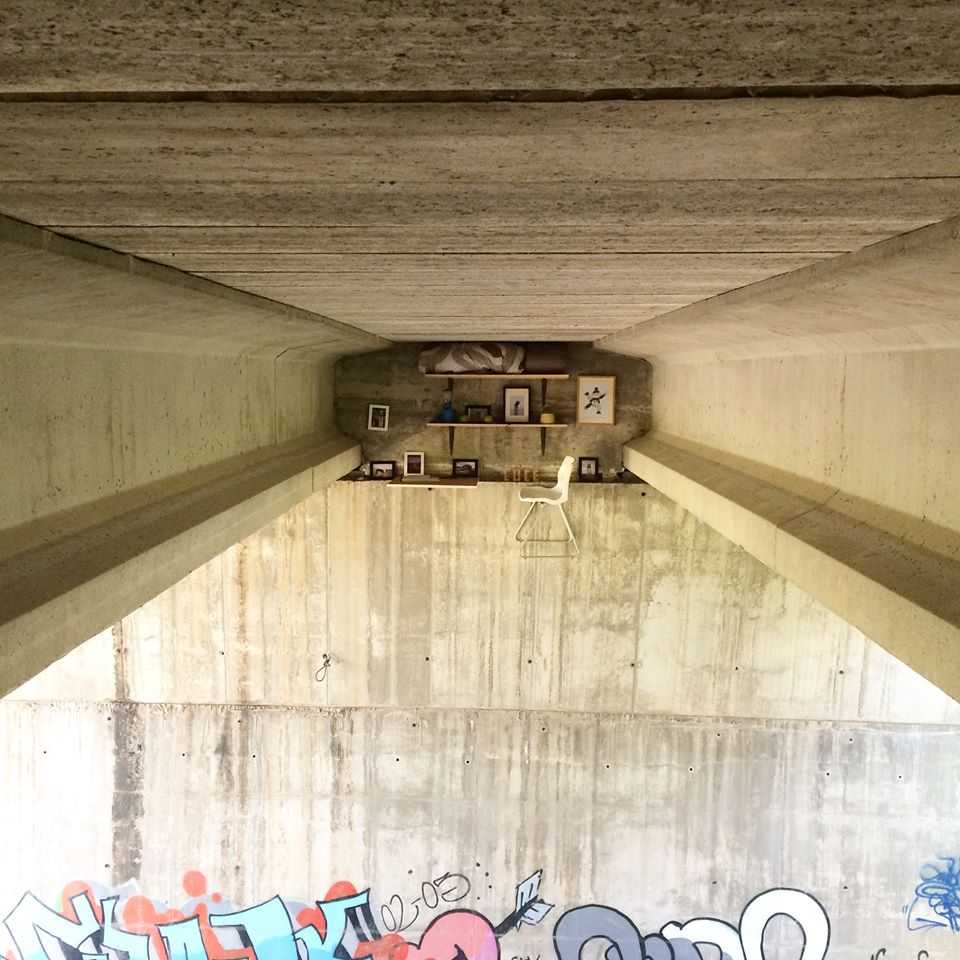 He designed and built the phenomenal space in just two weeks. He told, “I feel a great attraction for this type of place and sometimes I make interventions in them. I depend a lot on the conditions offered by the place. It is a personal intervention that tries to put value in these type of spaces. It is also about recovering those sensations of the huts we used to make as small ones. To stay isolated but at the same time close to our house, the city." 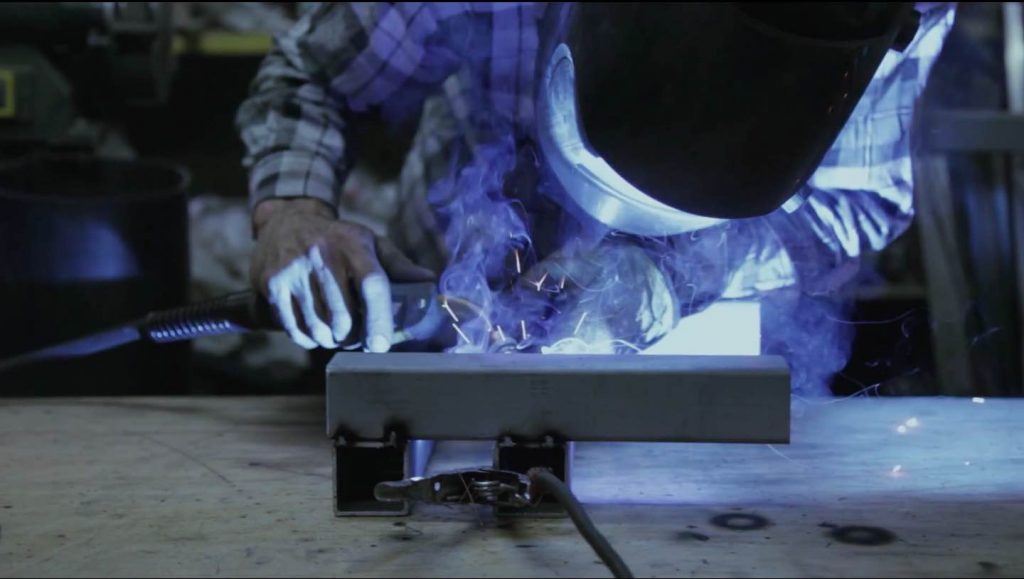 Simple design was conceived as an urban cabin

The studio is designed with the idea of an urban cabin in mind. Abellanas says, he does keep bedding material there, in case he wants to spend the night. 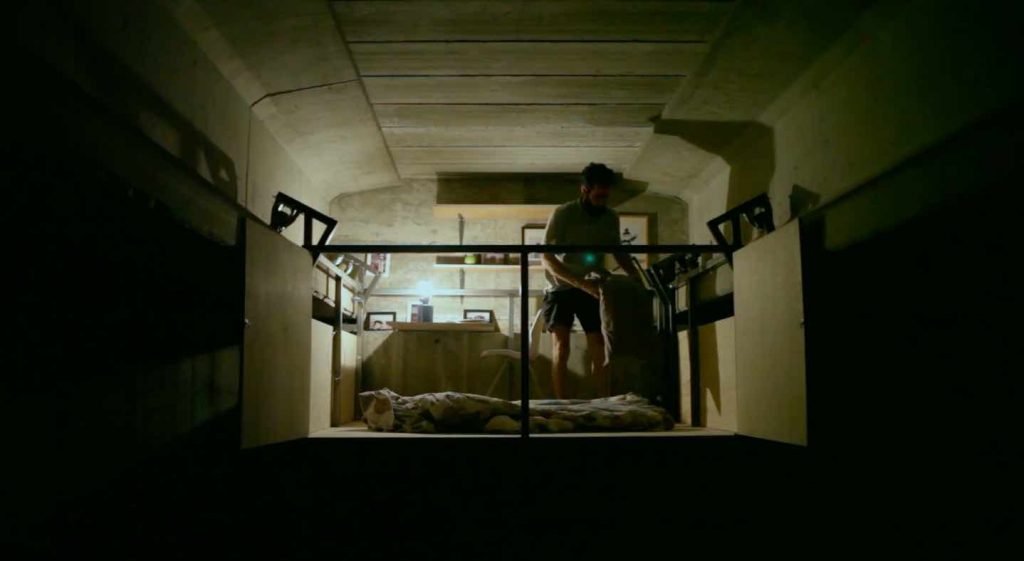 The space feels far away from the bustle of the city, even though it is directly underneath a busy road bridge. Abellanas explains the concept further saying, “In this case, we are not referring to an idyllic hut you would find in the middle of the woods but rather to tiny spaces recovered from the city itself, where you can hide from the city's hectic pace. These are locations that due to their architecture, location or size have become useless. People hardly notice when walking by." 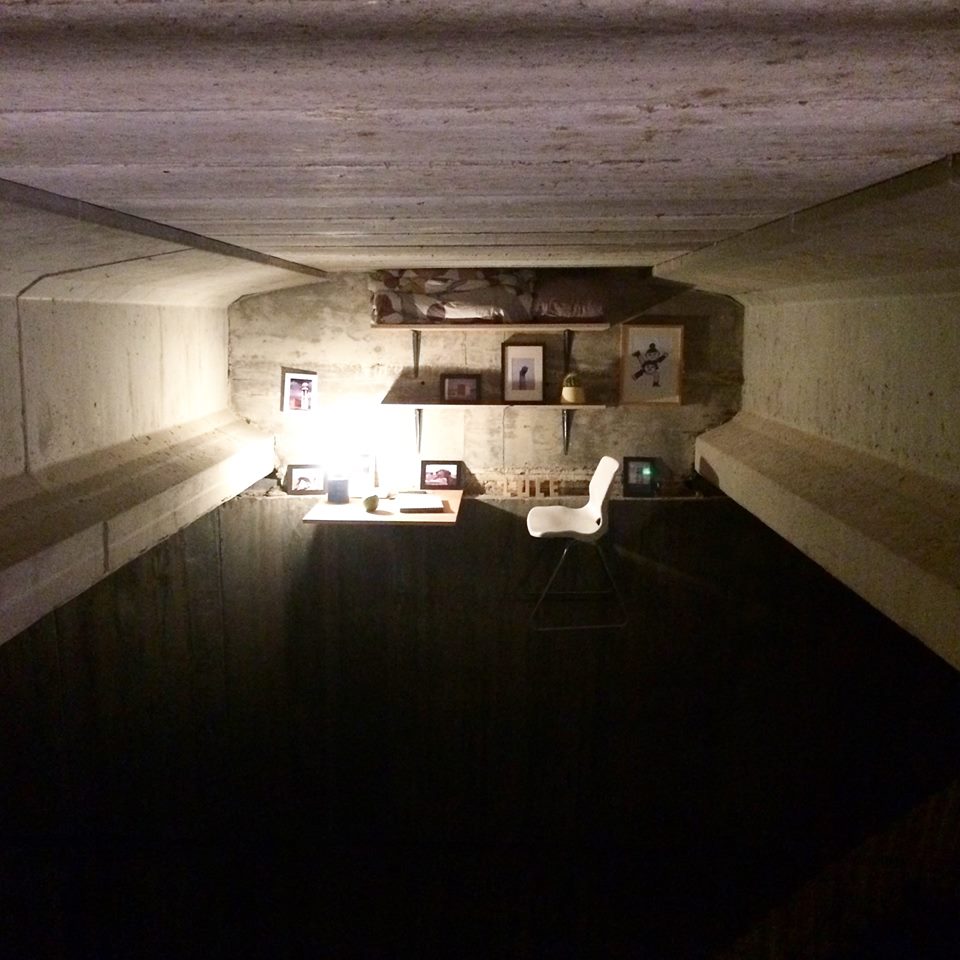 The designer suggests we have a natural affiliation with these types of spaces and that searching and analyzing them can return the feeling of ‘isolation, peace and protection’ that we experienced building small getaways as children, or even as simply hiding underneath the tablecloth at a family event. 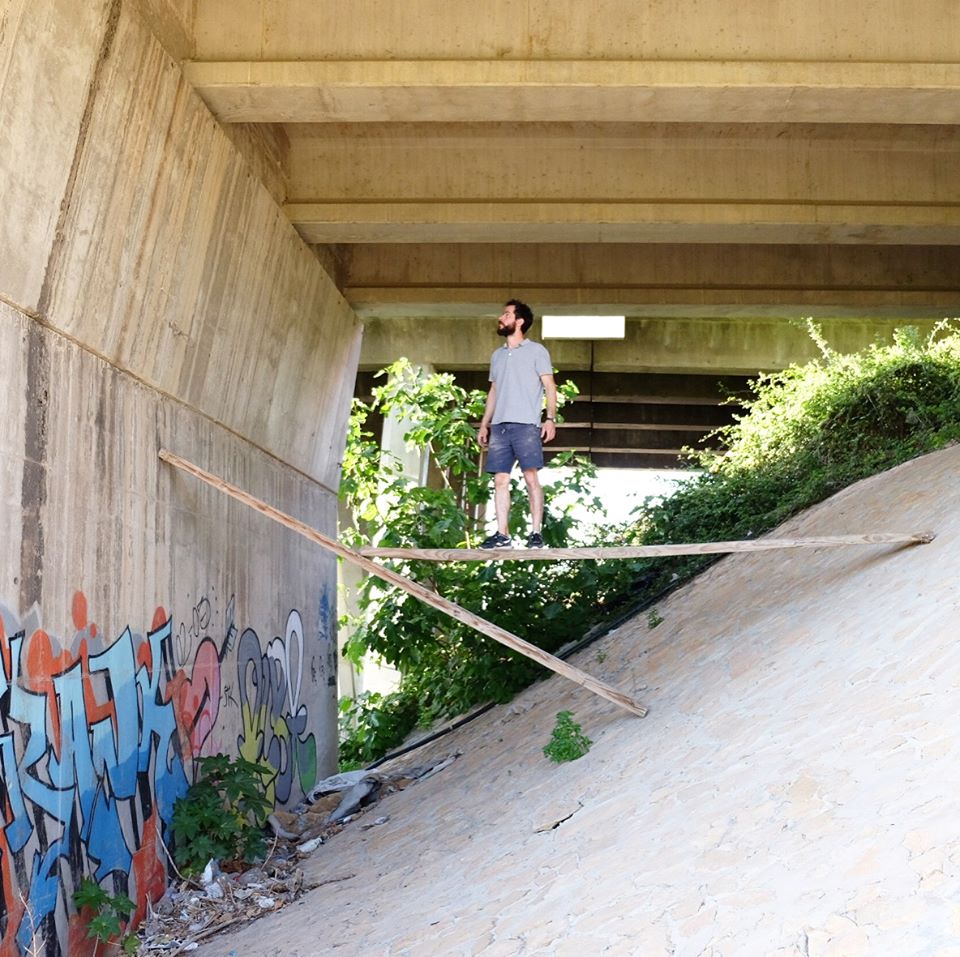 Architecturally, the tiny office would fall under a ‘parasitic structure’ definition. It joins the ranks of architectural designer James Furzer's homeless pods, designed to hang off buildings in London and provide habitation. As well as the ‘paper architecture’ of Lebbeus Woods who drew a beautiful series of parasitic interventions as an option for rebuilding Sarajevo after the sustained conflict during the 80’s and 90’s.

SEE ALSO: You Only Need an Allen Key to Build This $10K House

How Different Bridges Are Built for Different Situations

This Electric Bike Can Be Folded to Fit Beneath a Desk