That's right, there was an actual Swedish scientist named Anders Celsius who invented the measurement of temperature we still use today.

America probably has the most prolific units of measurement in the world, something they consistently interchange even when explaining the same things. 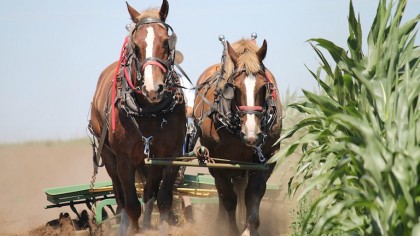 One example would be that the US measures the length of a race in meters, but the length of the long jump in feet and inches, or an engine’s power is determined in horsepower while its displacement is in liters.

The English system is equally confusing, “there are two systems for land measurement (one based on the yard and the other on the rod) and a third system for distances at sea. There are two systems (avoirdupois and troy) for small weights and two more (based on the long and short tons) for large weights,” explains UNC-Chapel Hill.

Despite this somewhat complicated system, one of the most esteemed honors a scientist can achieve is being named after one of the many measurements often used in society. Here are seven of the “people behind the units,” according to Discover Magazine.

This Swedish astronomer and professor at Uppsala University invented the temperature scale. In his paper "Observations of two persistent degrees on a thermometer,” Celsius determined the dependence of the boiling of water with atmospheric pressure. He further gave a rule for the determination of the boiling point if the barometric pressure deviates from a certain standard pressure and the Celsius temperature scale was born. He originally called the scale centigrade after the Latin for “hundred steps” since his thermometer ran from 0 to 100.

This major electrical unit that measures current gets its name from the French physicist who discovered it. Ampère was also one of the founders of electromagnetism, something he also called “electrodynamics.”

The name for this earthquake measuring scale was first used in 1935 and is in reference to its inventor, Charles Richter who was an American seismologist and physicist. Interestingly, Richter only got into the field of seismology because it was the only job going at the time.

Watt was a Scottish inventor, mechanical engineer, and chemist who improved on Thomas Newcomen’s 1712 steam engine with his own. He also developed the concept of horsepower and the SI unit of power called the watt is named after him. Inspired by Thomas Savery, Watt determined that a horse could turn a mill wheel 144 times in an hour (or 2.4 times a minute). He then came up with a formula for horsepower.

The Scottish-born inventor is probably better known for as the inventor of the telephone and teacher of deaf students. However, the unit named after him is found in the measurement decibels which quantify the intensity or loudness of sounds.

Volta was an Italian physicist and chemist who is responsible for the measurement of electrical potential. He also invented the first electric battery by using methane and his tongue to detect electricity.

This British mathematician and physicist established thermodynamics and also invented the third temperature scale. His zero is equivalent to absolute zero or the coldest temperature possible on earth. Instead of degrees its measured by kelvins.