The ability for humans to regrow burnt skin after serious burns has been one of the ultimate goals of research scientists for many years. We may be getting closer as USA-based biotech company Polarity TE, Inc announced they had "regenerated full-thickness, organized skin and hair follicles in third- degree burn wounds" in pigs. 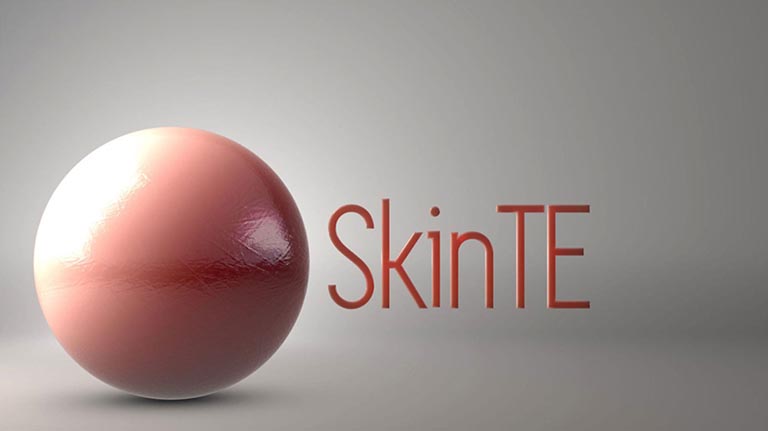 While burn reconstructive techniques have improved immensely over the last few years, this is the first that skin has been able to fully regrow after third-degree burns. According to the company, the SkinTE technique works by taking a biopsy of a patient's healthy skin and introducing it into the wounded skin. Exact details have not been released though a photograph on PolarityTE website shows the process of regeneration. 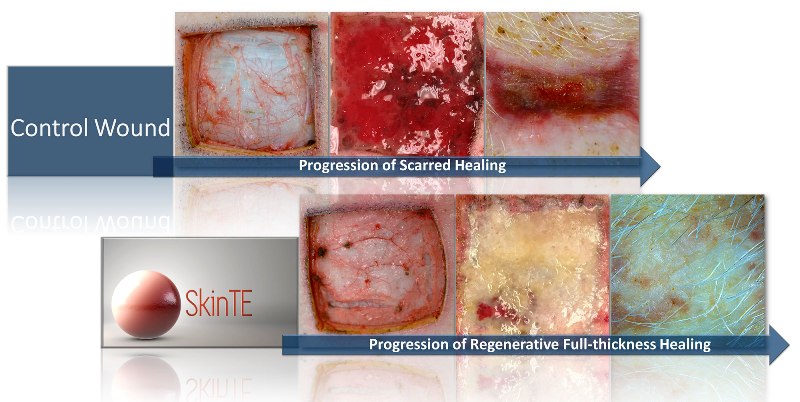 The introduced skin is shown to cover the wounded area and reform without scarring.  All layers of the skin are apparently reformed including the skin follicle layer. While the research has so far been only carried out on pigs, the similarity between pig skin and human skin is very close. Pigskin has been used in other medical burn treatment trials with good results. Though it does not mean the human trials are guaranteed to be successful.  PolarityTE has plans to move to human trials this year.

While the research has so far been only carried out on pigs, the similarity between pig skin and human skin is very close. Pigskin has been used in other medical burn treatment trials with good results. Though it does not mean the human trials are guaranteed to be successful. PolarityTE has plans to move to human trials this year.

Third-degree burns are a critical care problem and require a lot of medical resources to deal with in extreme cases. When a victim suffers severe burns the priorities of treatment are on stabilizing the patient, preventing infection, and optimizing functional recovery. The damage done often requires lifelong rehabilitation due to the way skin heals after burns prevent the growth of sweat glands and hair follicles. The new methods PolairtyTE promises would be a massive boon for burn victims. While it is not exactly known yet exactly when in the recovery process the technology would be used, the potential for scar and long-term rehabilitation free burn victims is undoubtedly exciting.

Much of the current burn victim treatment has developed out for research done at the University of Western Australia. Professor Fiona Wood, a plastic surgeon developed a patented ‘spray on skin’. Previous versions of skin culturing required 21 days to produce enough cells to cover burn damaged areas. Wood reduced this culturing time down to just five days. The technique was produced in the wake of the ‘Bali Bombing’ were 28 patients suffering major burns were rushed to the Perth Hospital in the wake of a terrorist attack in Bali, Indonesia.

PolairtyTE is a Salt Lake City-based Biotech company that aims "to be the first company to truly deliver regenerative medicine into clinical practice, fulfilling the long unmet promise of tissue engineering". In a press release from the company earlier this week Denver M. Lough, M.D., Ph.D., Chairman and Chief Executive Officer of PolarityTE™ said, "We look forward to putting the SkinTE™ construct on human patients this year and releasing more data on our unique Polarity platform technology and pipeline of patient-specific constructs such as OsteoTE™ and CartTE™ shortly."

SEE ALSO: Skin-Like Bandage Could be the Next Biomedical Band-Aid