After four years of development, the cultural and arts center Fosun Foundation located at the core of the Bund Financial Center has now been revealed. This dynamic structure with a flowing facade is inspired by the "open stages of traditional Chinese theaters". 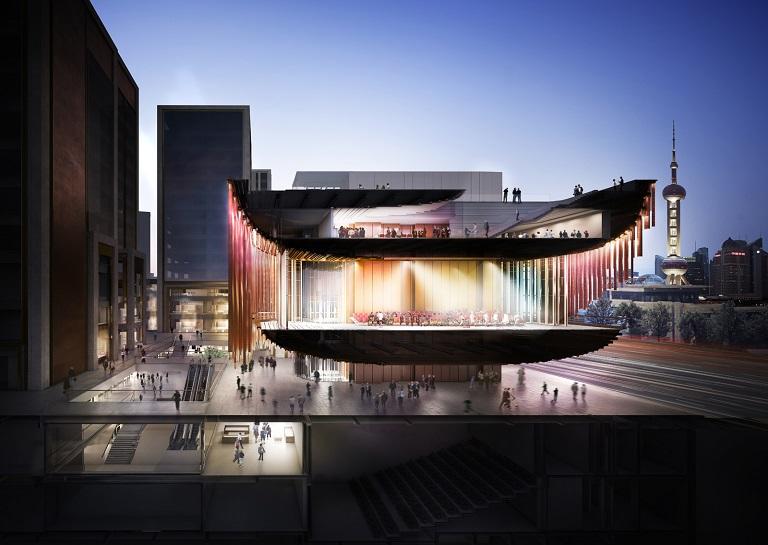 The Bund Financial Center is a state-of-the-art mixed-use development at the Bund waterfront district in Shanghai. A total area of 420,000 square meters of landscaped public plaza hosts eight multi-purpose buildings. Designed by one of the giants of the architectural world, Foster + Partners, this modern complex of buildings define the 'end point' to Shanghai's prominent street. The Heatherwick Studio jointly worked with Foster + Partners to conceive, design, and realize this contemporary plaza giving it a traditional touch.

"The project has given us an exciting opportunity to create a glamorous new destination, as well as a new series of spaces that create a major addition to the public realm, right in the heart of historic Shanghai", said David Nelson, Foster + Partner's Head of Design. 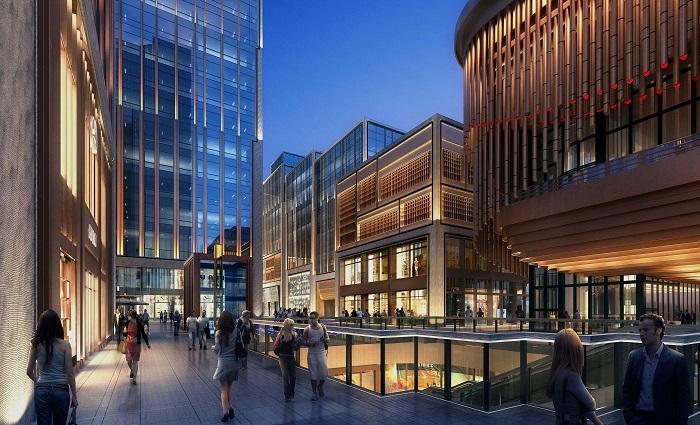 Each building is designed with a combination of crafted stone and bronze facade giving the structures a jewel-like quality. "The edges of each volume are made of richly textured, hand-crafted granite and become slimmer as they rise, giving the impression of solidity at the base and transparency at the top", explained Foster + Partners.

Inspired by the traditional Chinese theaters, the Fosun Foundation is located right at the core of the Shanghai financial center. The building's dynamic facade consists of three layers of bronze tubes that resemble bamboos. Each of the bronze tubes flows around the structure's perimeter, consequently altering the building's appearance. After a coordinated flow cycle, the facade reveals the theater's stage on the balcony and people from the inside are treated with views of the modern Pudong district.

The 4,000 square meter building is comprised of three-floor levels. Its ground floor is dedicated to public spaces and information services as well as access within the building. The multifunctional hall and grand balcony are located on the building's second floor. And finally, the third floor houses the large exhibition hall.

The Fosun Foundation was built to host various art exhibitions, fashion shows, cultural performances, forums, and summits. Sensitive to the history and legend of the Bund, this modern architectural feat has now become the new cultural art landmark of Shanghai.

Thomas Heatherwick, from the Heatherwick Studio, helped conceptualize a vision for Shanghai's then empty urban site. "Sitting at the gateway to Shanghai’s Old Town, on the river bank where boats would arrive from the rest of the world, this is an extraordinary site which stood unoccupied for many years. In filling this last empty site on Shanghai’s famous Bund, the concept is inspired by China’s ambition not to duplicate what exists in the rest of the world but to look instead for new ways to connect with China’s phenomenal architectural and landscape heritage". 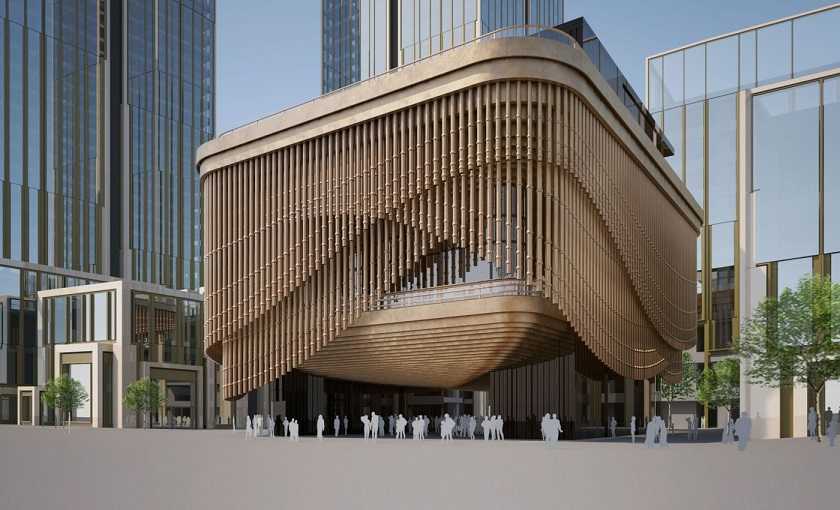 The Fosun Foundation and the rest of the Bund Financial Center's structures were engineered by the East China Architectural Design & Research Institute (ECADI). They have provided architectural, structural, and M&E engineering services to the whole project. There is an area of 190,000 square meters within the plaza that is still under construction, but the Fosun Foundation can now be seen as completed through the stunning images released by photographer Laurian Ghinitoiu. Check out more of Ghinitoiu's Fosun Foundation photos here.