As the world faces a future of autonomous and eco-friendly transportation alternatives, exactly how we will reach that point is still unknown. Siemens has proposed a rather out of the box solution to powering electric trucks, and it uses a technology that has been around for over 150 years. They call it an ehighway system, that uses overhead power lines to power electric trucks, just like trams and trolleys back in the day. The first system was just implemented, according to the press release, where Siemens will be evaluating a 2-mile electrified stretch of E16 highway north of Stockholm. 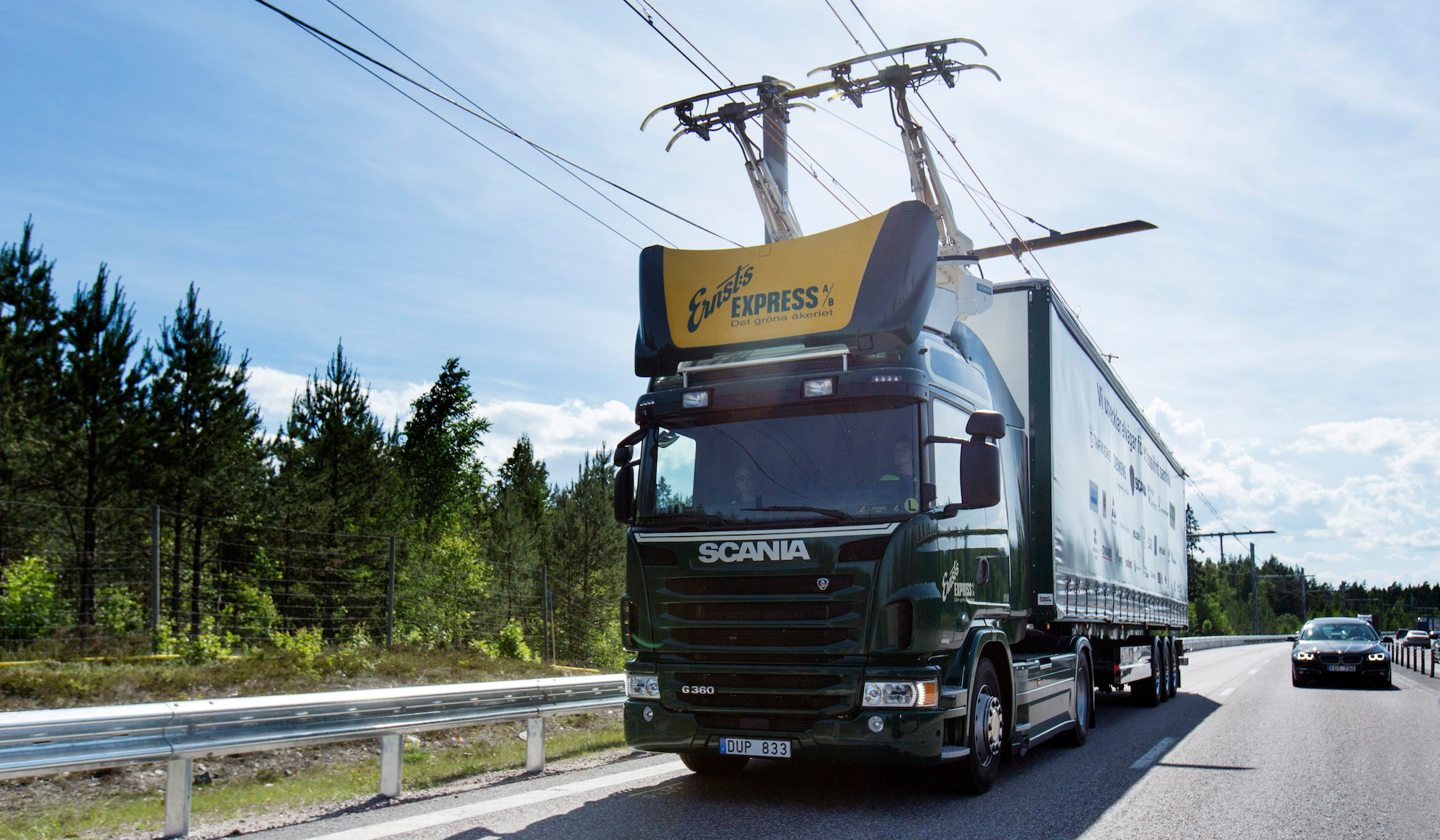 The overhead electricity system works in coordination with Scania trucks, where it will undergo a 2-year preliminary trial. Sometimes the most innovative solutions are the ones which you already have. Of course, this system has yet to be completely proven and field tested, but considering that it worked for decades in cities, it is off to a good start. These e-highway trucks don't just only operate on overhead power, they are also fitted with normal combustion engines as a backup, as well as electric engines and battery storage, according to Siemens. 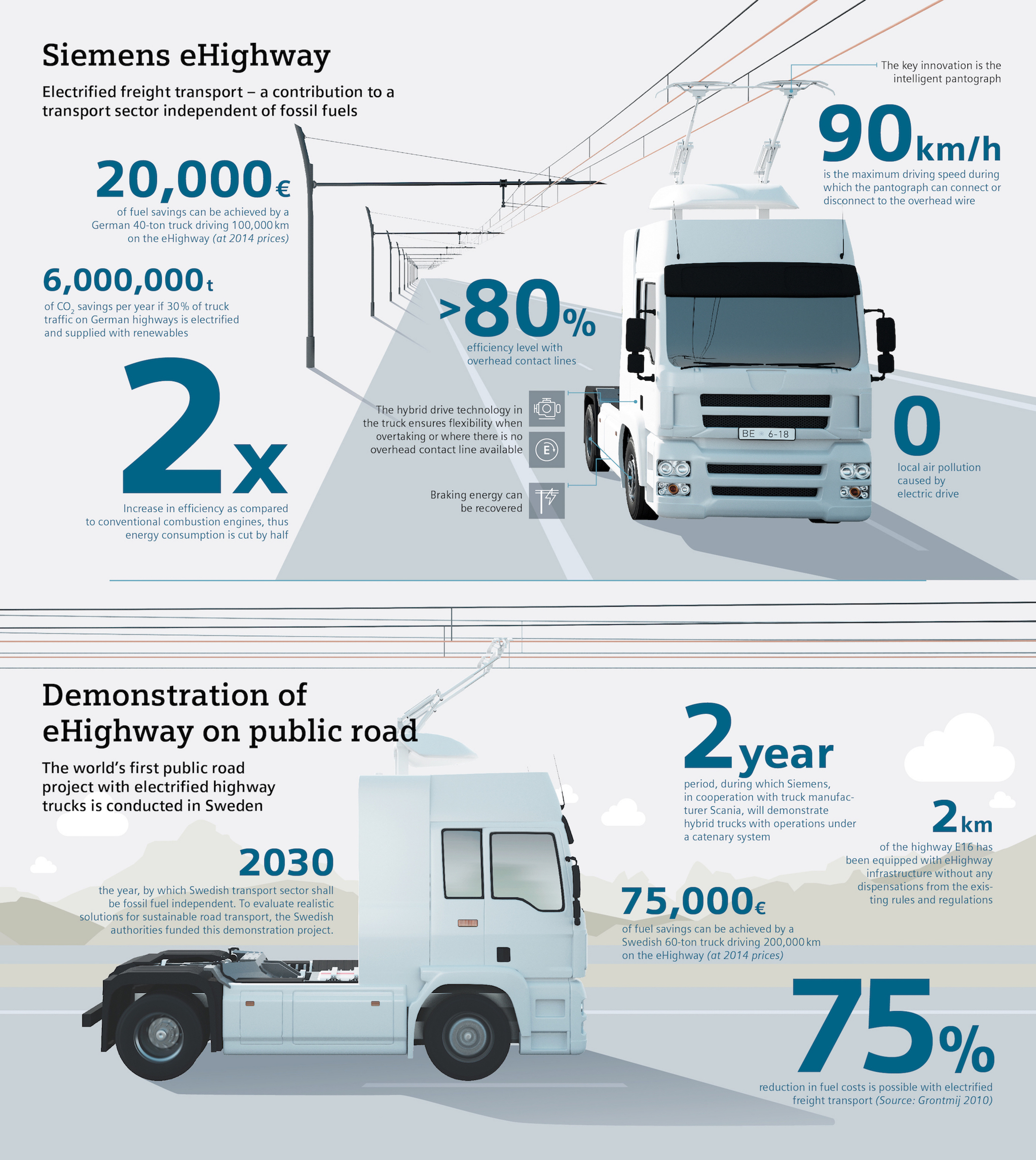 These electronic trucks are fitted with a pantograph system that can raise and lower in order to harness power from the overhead electricity grid. When the truck needs to overtake a vehicle or is simply in a stretch of road without the system, it operates as normal. Unlike new technology, all of the infrastructure to implement this system is already well understood and can be easily manufactured. If this power technique does prove to be commercially viable, we could see wide-scale implementation of the overhead lines in the next 10 years. 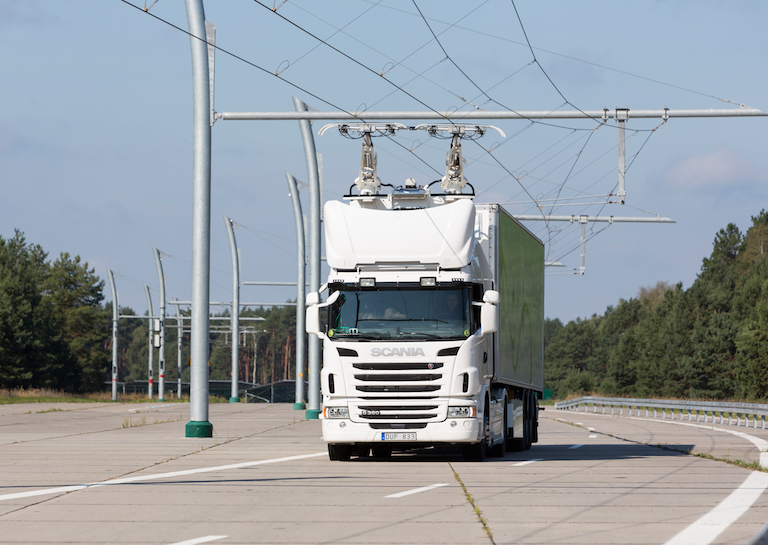 The ultimate kick of fossil fuels and pollution will come when the overhead electricity grid is completely supplied by renewables. European countries like Portugal and Germany are well on their way to a fully renewable energy system, but the USA will still need quite a bit of time. Siemens has created an in-depth look at the ehighway system which can be seen in the video below.