A massive sinkhole opened up in Fukuoka, Japan.

The nearly 8-meter-wide hole swallowed up a large section of road on Tuesday.

The hole started as two smaller holes before coming together. The sinkhole is now 27 meters wide, 30 meters long and 15 meters deep.

Residents were evacuated from the surrounding area. 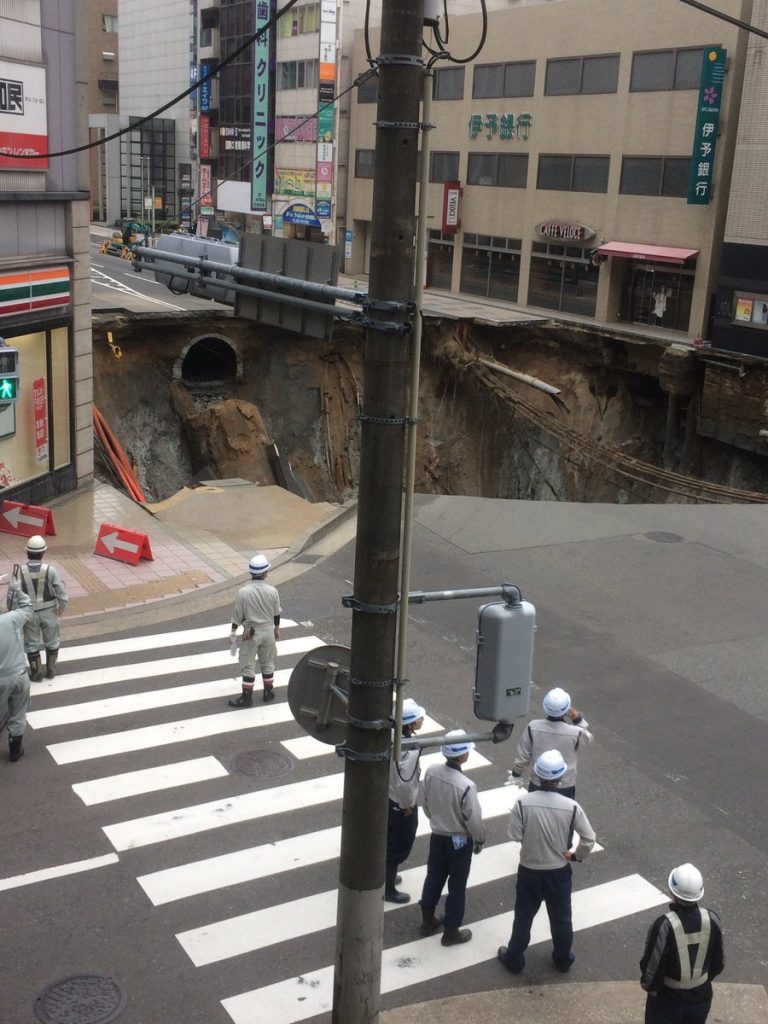 Officials say nearby subway construction could've triggered the hole. Construction was ongoing to extend the JR Hakata station into the city center.

The sinkhole cut power to about 170 houses across the city.

New Species Found Living in the Mouth of a Whale Shark