Over 10 years of stem cell research conducted by Stanford University researchers led to a breakthrough discovery into bone and cartilage creation.

“Every day, children and adults need normal bone, cartilage and stromal tissue,” said Michael Longaker, MD, professor of plastic and reconstructive surgery. “There are 75 million Americans with arthritis, for example. Imagine if we could turn readily available fat cells from liposuction into stem cells that could be injected into their joints to make new cartilage, or if we could stimulate the formation of new bone to repair fractures in older people.”

A new type of stem cell

The researchers distinguished this new skeletal stem cell from another type of stem cells called mesenchymal. Mesenchymal stem cells are pulled from the blood, bone marrow or fat and have been dubbed as a sort of all-purpose stem cell.

“Mesenchymal stem cells are loosely characterized and likely to include many populations of cells, each of which may respond differently and unpredictably to differentiation signals.”

“Mesenchymal stem cells are loosely characterized and likely to include many populations of cells, each of which may respond differently and unpredictably to differentiation signals,” Chan said.

“In contrast, the skeletal stem cell we’ve identified possesses all of the hallmark qualities of true, multipotential, self-renewing, tissue-specific stem cells," he continued. "They are restricted in terms of their fate potential to just skeletal tissues, which is likely to make them much more clinically useful.”

The researchers had previously conducted work on finding the skeletal stem cell in mice. They wanted to apply their findings in that study to humans, hoping for similar results.

However, that was harder than they thought. Rather than compare markers of the cells, the researchers had to compare gene expressions of the mouse skeletal stem cell with a few human cell types they found in bones. 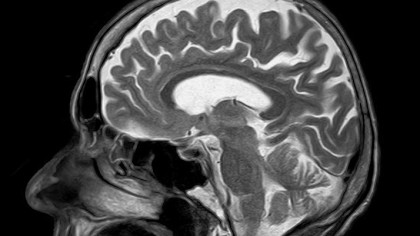 “This was quite a bioinformatics challenge, and it required a big team of interdisciplinary researchers, but eventually Chuck and his colleagues were able to identify a series of markers that we felt had great potential,” Longaker said. “Then they had to prove two things: Can these cells self-renew, or make more of themselves indefinitely, and can they make the three main lineages that comprise the human skeleton?”

What most shocked researchers was that the skeletal stem cell also allowed for other types of related stem cells to grow inside the new bone. Hematopoietic stems cells -- bone marrow stem cells -- grew naturally without needing more help.

“Blood-forming stem cells love the interior of spongy bone,” Chan said. “It’s the perfect niche for them. We found that the stromal population that arises from the skeletal stem cell can keep hematopoietic stem cells alive for two weeks without serum.”

Next steps for skeletal stem cells

“Now we can begin to understand why human bone is denser than that of mice, or why human bones grow to be so much larger,” Longaker said.

The ultimate goal of the team involves bringing these stem cells to a clinical trial and using them to regrow entire bones or heal broken cartilage in patients.

“I would hope that, within the next decade or so, this cell source will be a game-changer in the field of arthroscopic and regenerative medicine,” Longaker said. “The United States has a rapidly aging population that undergoes almost 2 million joint replacements each year. If we can use this stem cell for relatively noninvasive therapies, it could be a dream come true.”

Via: Stanford University School of Medicine