This video puts together decades of incredible aircraft innovation thought up by the brains at Skunk Works.

In the stunning clip with a killer soundtrack, we are privy to the past years of leading-edge warplanes, and in an exciting twist, we see what the future holds for the next few decades.

Skunk Works was first headed by iconic designer and aerospace manager Clarence Kelly Johnson in 1943 and based in Burbank California.

It all began with a goblin, a British Goblin jet engine to be precise, the ATSC met with Lockheed to express a need for a jet fighter built around this powerful engine to match the rapidly growing German jet threat. 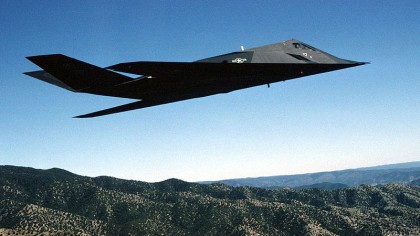 From there, the F-80 Shooting Star, the first jet fighter ever flown by the United States Air Force was born, and Skunk Works came to be. After that came the U-2 spy plane, the Sr-71 Blackbird, and the recently demilitarized Nighthawk F-117A stealth fighter.

They didn’t stop at aircraft; the video also shows their stealth ship, the Sea Shadow. A few former top-secret projects even make a cameo or two, such as the formerly secret RQ-170 Sentinel drone operated by the CIA.

The drone is famous for collecting intelligence over Pakistan that led to the eventual capture of Osama Bin Laden. Its demise came when it was captured over Iranian airspace.

Probably one of the most exciting aspects of this clip is the concept art for Lockheed Martin's Penetrating Counter Air aircraft, the eventual replacement for the F-22A Raptor. What’s interesting to note about the concept design is the lack of vertical stabilizers, of which the F-22 and F-35 have two respectively.

The new aircraft are also moving quickly trailing behind them a pair of shock diamonds from the engines.

The video also shows off the latest version of their Compact Fusion Reactor, which, if successful, could change life as we know it. It could change how countries generate energy, going from coal and nuclear to clean fusion power. This could put a stop to global warming.

The video ends on a high note with the Lockheed Martin SR-72 flying off into the distance. Skunk Works is currently working hard on the SR-72, which is the much-anticipated descendant of the SR-71 Blackbird.

The unmanned hypersonic aircraft will fly at speeds up to Mach 6. “Speed is the next aviation advancement to counter emerging threats in the next several decades.

The technology would be a game-changer in theater, similar to how stealth is changing the battlespace today,” Brad Leland, Lockheed Martin program manager for the Hypersonics division said in a statement on the company website.

This plane incorporates lessons learned from the HTV-2, the Falcon Hypersonic Technology Vehicle 2 which flew to a top speed of Mach 20, or 13,000 mph.