An office tower on Miller Street in Manchester, England is completely covered in solar panels, used to offset the energy usage for the insurance company inside. The tower was first constructed in 1962, but it was first covered with a mosaic tile facade. These small tiles became a problem for the building and continued to fall off the face for 40 years until a major renovation was undertaken. It was during this renovation that the building's owners, CIS, consulted with the solar panel company, Solarcentury, to cover the entire building in 575.5 kW of total solar panels. Completed in 2004, the CIS tower became Europe's largest vertical array of solar panels, and a vertical solar project of this scale has never been repeated since. 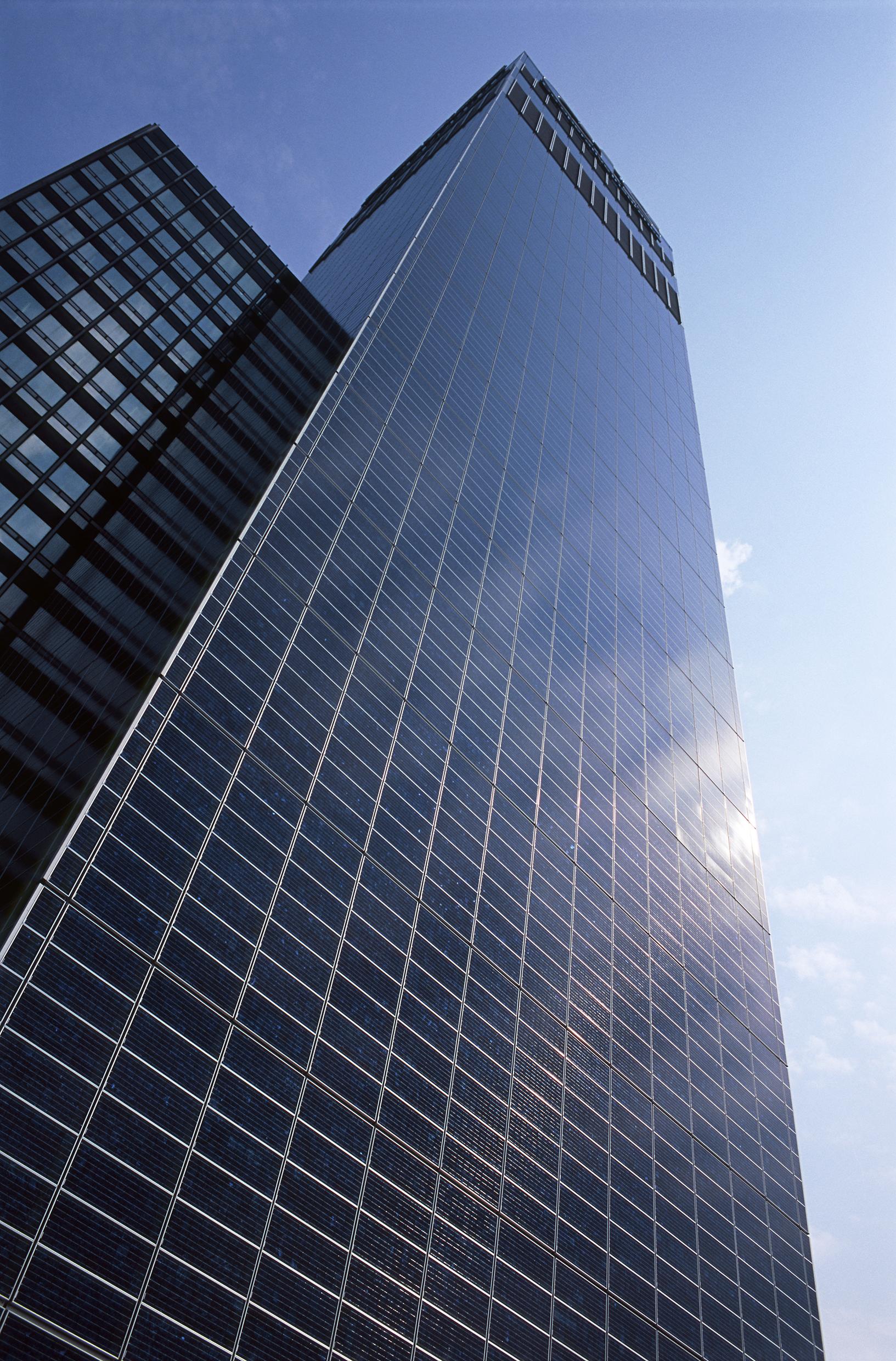 The entire solar panel renovation project cost the company nearly US$9 million for over 7,000 individual solar panels on the sides of the building. On top of the skyscraper's roof sit 24 wind turbines that also produce 10% of the building's overall power consumption. Covering a skyscraper with solar panels had never been done before, and the CIS tower was chosen by the DTI as one of the "10 best green energy projects" of 2005. 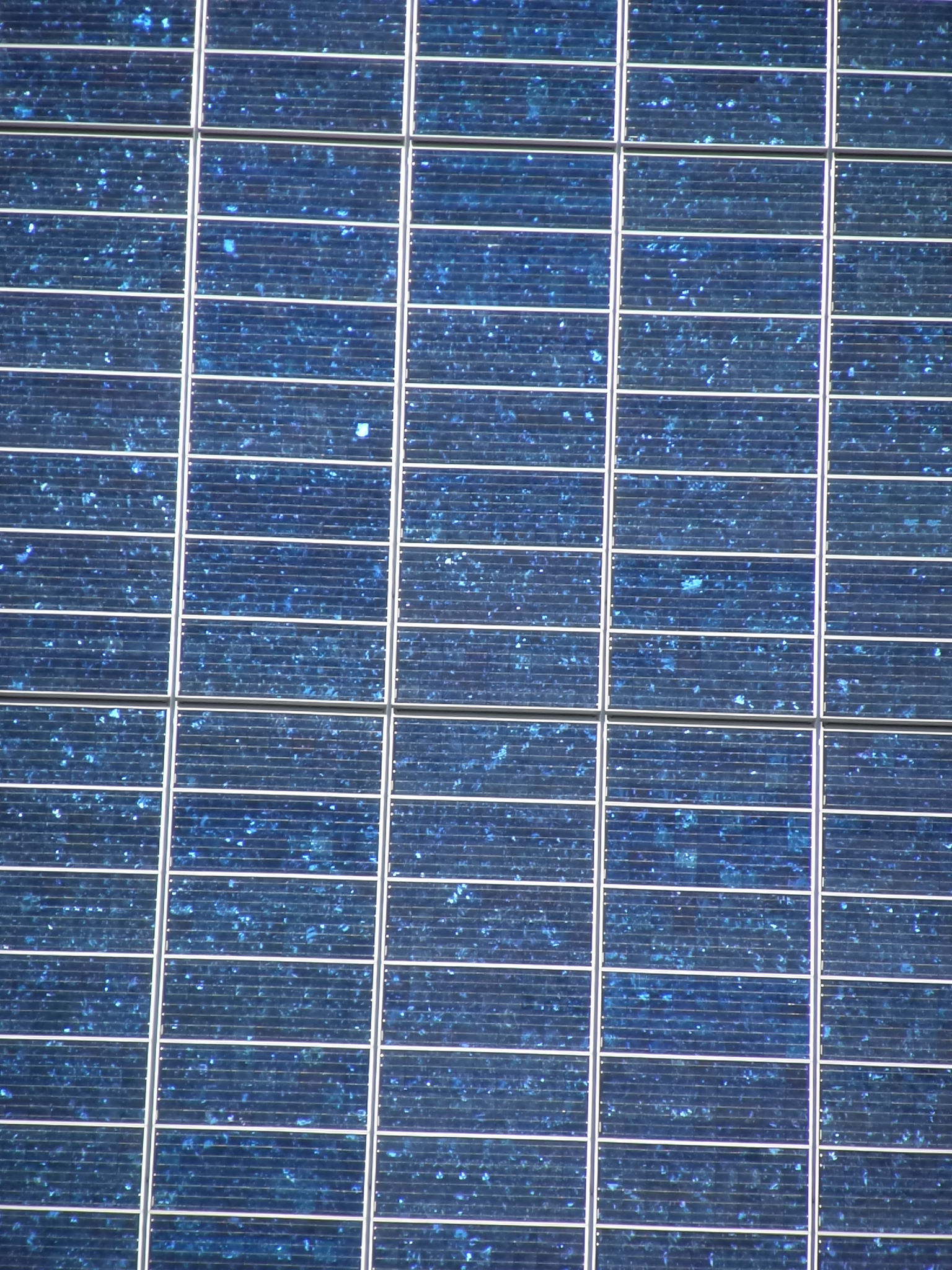 For a long time after this building's construction, it was the tallest building in the United Kingdom, but it was eventually overtaken by the Millbank Tower. Issues with the main concrete service tower arose only 6 months after construction was completed. Due to faulty engineering causing a lack of expansion joints in the concrete, mosaic tiles held on by grout were shifted and started to fall to the ground. This problem continued until the much-needed renovation in 2004 which resulted in the installation of the solar panel facade. 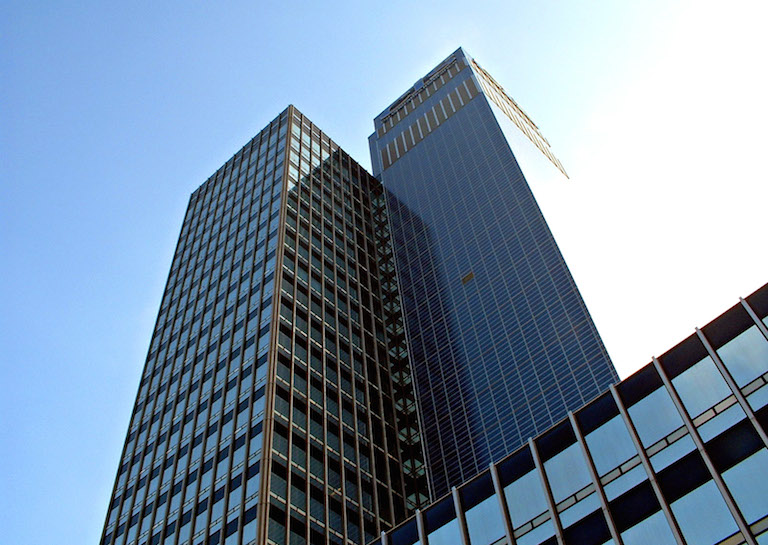 Green buildings like this aren't necessarily cost efficient for the investor, but it does take that much more pollution off of the map otherwise caused by energy production through fossil fuels. As solar panels get cheaper, the world is likely to see more skyscrapers covered in solar panels, collecting energy much like trees do. In a forest, the tallest tree has the advantage of collecting the most energy from the sun. Imagine a world where building the tallest skyscraper wasn't a race of height, but rather one to collect the most solar energy.

SEE ALSO: These skyscrapers are taking “green design” to the next level