Cities are excellent urban centers that offer great diversity in a confined area. Although, one major drawback is the skyscrapers are constantly blocking out the sun.

Instead of building a tall skyscraper that obstructs most of the sky with enormous shadows, construction company NBBJ decided to use the massive faces of the buildings as an advantage. Using a design optimized by a computer program, NBBJ precisely designed a pair of skyscrapers that work together to reduce shadow obstruction by 60%. The buildings make use of curved and angled façades precisely aligned in such a way that the sunlight is directed towards the opposing building's shadow.

Current skyscrapers can create shadows which are cast nearly half a mile at sunset.  NBBJ as part of being at the forefront of modern building tech decided to minimize coverage and provide more natural light in areas that are often left as gloomy grey regions within a city center. The project focus is

“improving the quality of our urban environment … finding a way in which we can have the tall buildings we need without losing natural light on the areas below”.

The key to getting tall buildings right is at the skyline level and the base.

“The design ensures that the area between the towers is bright and pleasant, so is more likely to be used as a public space.”

The proposed building is designed to be constructed at a site on the Greenwich peninsula in southeast London, proximal to where the Millennium Dome formally resided.

As new cities merge becoming the supercities of the future, more and more sunlight is ravished by immense shadows overcasted by massive structures. However, with a bit of ingenuity that creates not only a functional but athletically pleasing design, perhaps the dim, gray laden cities of the past could become the bright and beautiful cities of the future.

“What’s great about the project is the focus on tall building form and shape, not only to look dramatic but to contribute to creating a comfortable space at ground level.” 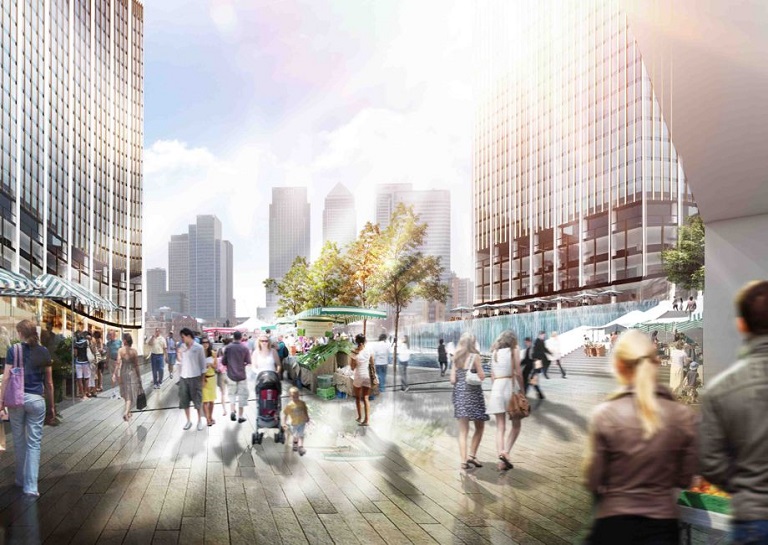