Smart Cities Are Not Built by Smart Gadgets; Smart Communities Build Them

Collaboration and horizontal thinking are required to take our cities into the future, concludes CES panel.

'Smart City' is a term we have heard a lot over the last five years. But what actually is a smart city? CES delved into the topic with its titled ‘It Takes a Village: Building Smart Communities’. 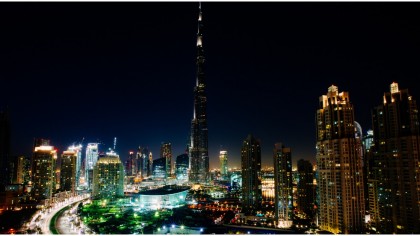 Smart City Dubai: The Happiest City of the Future

The panel aimed to discuss how smart cities are only achieved through a collaboration of interconnected players. The panel was hosted by Rana Sen, the Smart City Leader, from Deloitte Consulting who were sponsoring the panel.

The panel was formed by Dr. Kathaleen Reid-Martinez, the Chief Academic Officer from the Oral Roberts University, Stephen Engblom the Global Director Cities from AECOM, Maksim Pecherskiy the CDO from the City of San Diego and Kevin Self the Senior Vice President Strategy in the Business Development & Government Relations department at Schneider Electric.

Rana Sen kicked off the panel expressing his belief that there is a sense of urgency to truly understand our cities under the pressure of exponentially increasing technology.

He went on to describe how the traditional relationships between citizens and their governments and between private business and government are completely rethought.

Future students need to be resilient and 'digitally fluid'

Dr. Reid-Martinez started the discussion with a short talk about the future of higher education and its role and relationship to smart cities and smart campuses.

She spoke about how future students will need to embrace a neo-liberal attitude that requires them to become more independent and seek out their own learning rather than rely on traditional relationships with a particular institution.

She says the next generation of academics needs to be ‘digitally fluid.’ Dr. Reid-Martinez described how higher education would focus on creating good citizens for smart cities.

San Diego wants to make its data available for you

Next up was Maksim Pecherskiy the former software engineer discussed how the city of San Diego is rethinking its relationship to data.

He spoke about how the city is working to flatten the knowledge of the data in the organization with the goal of making it more discoverable, easy to access and reliable.

He says the data team in San Diego want to help users form intelligent questions about data and get the right answers.

They want to do this by building user interfaces connect people with a huge amount of data that the city collects. As the city moves towards ist ‘Smart City’ goals, the data team want to effectively collect data into a central place and make it easy for people to use.

Smart Cities need to collaborative and beneficial for all

Kevin Self from Schneider spoke next discussing how his perspective on smart cities can be boiled down to developing smart infrastructure. He talked about Schneider's role in the overhaul of JFK which they are treating like a small smart city in itself.

The project will allow them to test their ideas about infrastructure and environmentally sustainability.

Stephen Engblom from AECON spoke next, expounding the need for horizontal thinking. He made a case for making sure infrastructure works for all citizens of cities and not just the upper classes.

Overall the panel showed concern for data protection as well as the need for action by collaborative partners and thinkers. They agreed that the road to truly smart cities isn't easy but held optimistic attitudes about a future with re-imagined urban environments.

Spies on the Side of Your House: Smart Meters