This Smart Ring Basically Turns Your Finger into a Mobile Phone

Being in touch with your surroundings could sometimes be a difficult task to do when you’re constantly occupied with what’s on your device’s screen. Using your phone is often too immersive and consumes your consciousness, giving you too little time and opportunity to appreciate what is going on around you. If you’re one of those people who heavily rely on their phone to do business then it’s probably wise to invest in this game-changing smart ring called ORii. 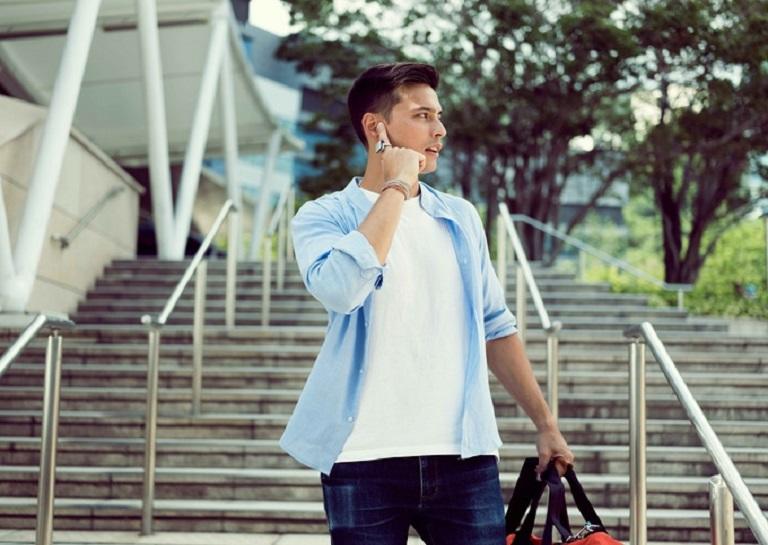 ORii lets you do your business on-the-go

ORii is the very first voice-powered smart ring that allows you to call or message anyone using only your finger. The smart ring uses bone conduction technology, which sends clear audio from the device through your finger and onto your ear with absolute privacy. This type of technology has been tested and proven before and is being used in medical-grade hearing aids. Using ORii for calling or messaging means you can be more aware of what’s happening around you especially when you’re on-the-go. You don’t have to take your mobile device out from your pocket or bag. Simply touch your ear by the finger where ORii is worn and you can easily get on with communicating. 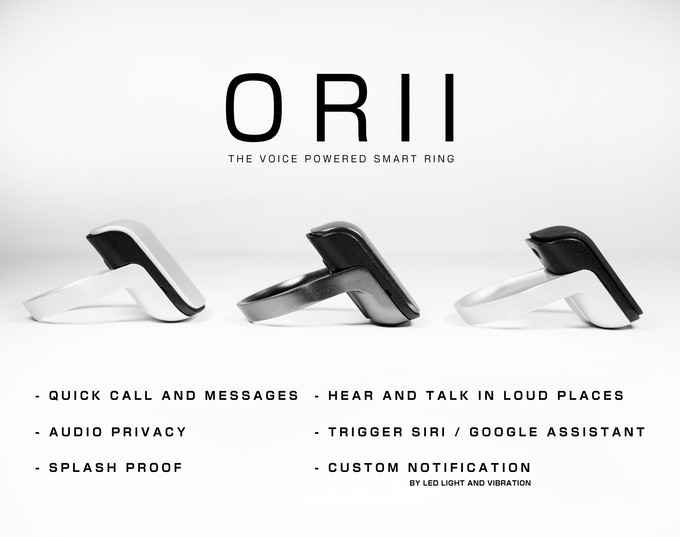 The smart ring is capable of doing much more than just making or receiving phone calls and sending messages. ORii has been devised to also work with voice command features such as Siri and Google Assistant. The smart assistant can be summoned by pressing down on the CapSense button and subsequently speaking through the advanced microphones to dish out a command.

Unlike other hands-free devices like Bluetooth and earphones, ORii is extremely durable, lightweight, and comfortable to use for long hours. The hardware is made from scratch-resistant anodized aluminum so it keeps its sleek and clean look over time. Even though it’s a heavy-duty device, using ORii won’t make you look over-geared. In fact, the smart ring can be a fashionable jewelry as it comes in three different colors. The ring's size is customizable according to your finger’s circumference. Other than being high-end, the smart ring’s splash proof and water resistant features ensure that you can be clumsy without destroying it. 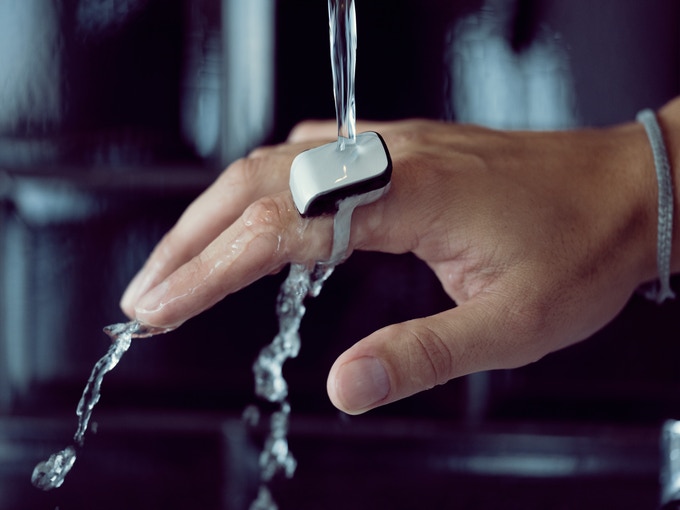 As bone conduction technology works by utilizing physical vibration to feed sound to your ear, background noises are unable to interfere with the audio quality. Your voice is clearly transmitted to the other person you are speaking to through the built-in dual noise canceling microphones. And all of your conversations are kept private, only you can hear the audio feed. This means you can smoothly deal with all your business phone calls in public places or on-the-go. 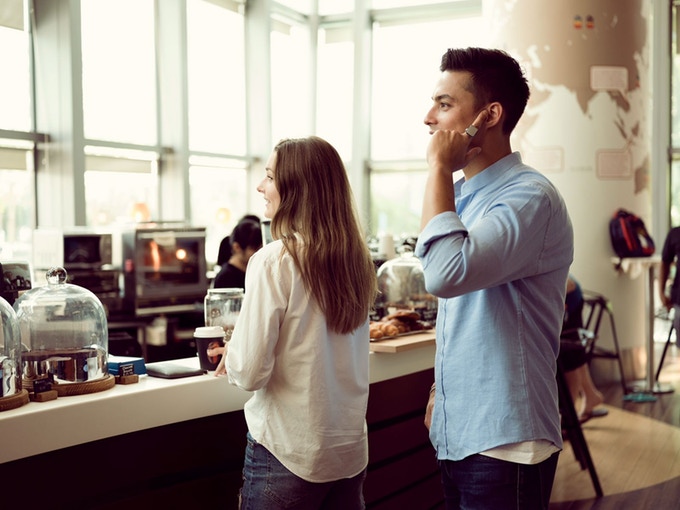 So, what makes ORii just a bit more different from other hands-free devices? The smart ring comes with an app where you can customize your mobile’s settings so you’re not overwhelmed with all the unnecessary notifications. You can filter through only your important contacts and most used apps and choose corresponding colors for each. A LED light on the smart ring then flashes a color that is relative to the notification so you know what you’re dealing with. 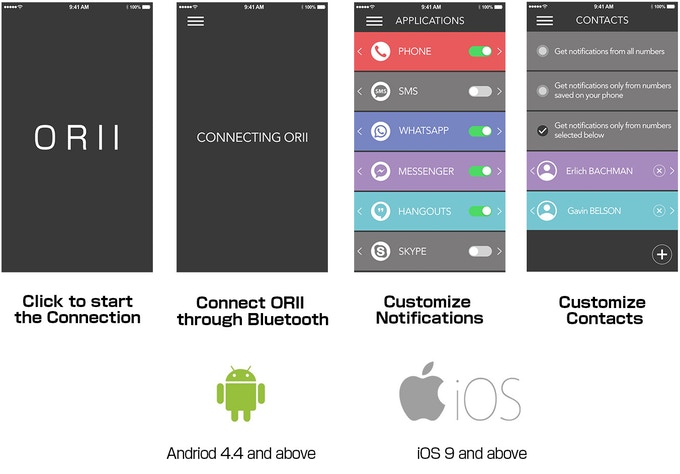 The ORii team began campaigning for the device this July in Kickstarter where a super early bird pledge of $99 will get you a standard model of the smart ring.

SEE ALSO: These Cool Sunglasses Can Vibrate Music Through Your Skull