Smart speakers are poised to become the hottest technology of the future from Google Home to Amazon’s Alexa.

21% of the American population over the age of 18 own a smart speaker. That’s equivalent to 53 million people just in the United States and it demonstrates the importance of this growing industry.

14 million of those current 53 million people entered the industry in 2018, or 26%. That’s staggering when you observe the smart speaker sector as an industry rather than a specific product.

Meg Goldthwaite, the CMO of NPR talked at CES 2019 about how smart speakers will continue to grow in the technology sector. We’ve compiled some of his thoughts on the topic in the following parts of this article.

When you look at speaker technology across the consumer electronics industry today, you’re met with an endless supply of connectivity. Gone are the days of wire speakers that sit in one static place – at least, that’s where the speaker industry is headed. To Bluetooth, to internet connectivity, to a world filled with audio outputs that aren’t just good for one thing.

But smart speakers aren’t just indicators of where the speaker industry is headed, they’re also leading the charge to redefine just what a speaker is.

53% of smart speaker owners use the technology every day with another 15% using it at least once a week. Interpolating that with the previous data, we’re left with 28.1 million Americans that use smart speaker technology every day. That means they’re getting their news, their weather, their stock tips, their traffic information all from a helpful audio assistant connected to the internet.

For anyone that saw the dreams of smart homes in the 1990s and before, smart speakers are bringing us awfully close to actual useful functionality in this department. That is if you buy the wealth of other smart products that can be integrated with the smart speaker.

One thing that Amazon and Google, being the two main players in the space, have spent most of their time doing as they’ve developed these smart products is user trust.

With any active listening tech, trust is the key component influencing user adoption.

Getting a user to integrate a smart speaker into their life often means allowing it and the company behind it access to their air conditioning data, their voice data, their lighting data, their navigation data – their data. That’s a scary proposition to many in an era of Cambridge Analytica scandals and data breaching plaguing Silicon Valley.

Underscoring that trust issue with smart speakers is the underlying truth, 79% of Americans still don’t own a smart speaker. So how do you up that percentage? Experts say the answer is two-fold, and it draws right back to use cases.

First, increased smart technology usage in cars. Most people in America and even the world transport using automobiles in some way.

We spend a lot of time there, so if our cars start implementing smart technology, we become more used to this functionality. From there, we become more comfortable with it flowing into our normal lives. 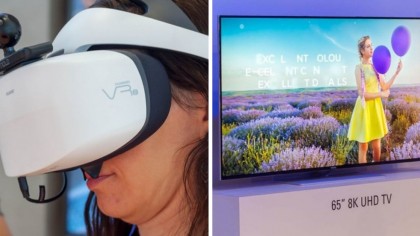 The Most Anticipated Tech Innovations of CES 2019

Second, experts believe that increased adoption lies in smartphone usage. As smartphones integrate Google Assistant or Alexa into their device structure, users are met with a mobile smart speaker released from the bounds of both Google and Amazon’s more static speaker-only devices.

Getting users to integrate smart speaker functionality into their regular phone usage is a key marker into getting them to adopt smart speaker tech in general.

This indicator is a big driver into why we see both Google becoming a big player in the phone space and Amazon at least giving it a try with the fire phone.

So what does the future of smart speaker usage look like? It probably is going to be a lot more common, and it doesn’t look like this emerging technology is going away anytime soon.