This Smart Turbine can Power Your Home

Among all the sources of renewable energies, water appears the consistent and predictable source.

A Quebec-based company, Idénergie, uses a river turbine to convert this natural energy into electricity. It provides constant energy 24 hours a day to meet electrical needs, producing 4 to 12 kWh/day depending on the water velocity. 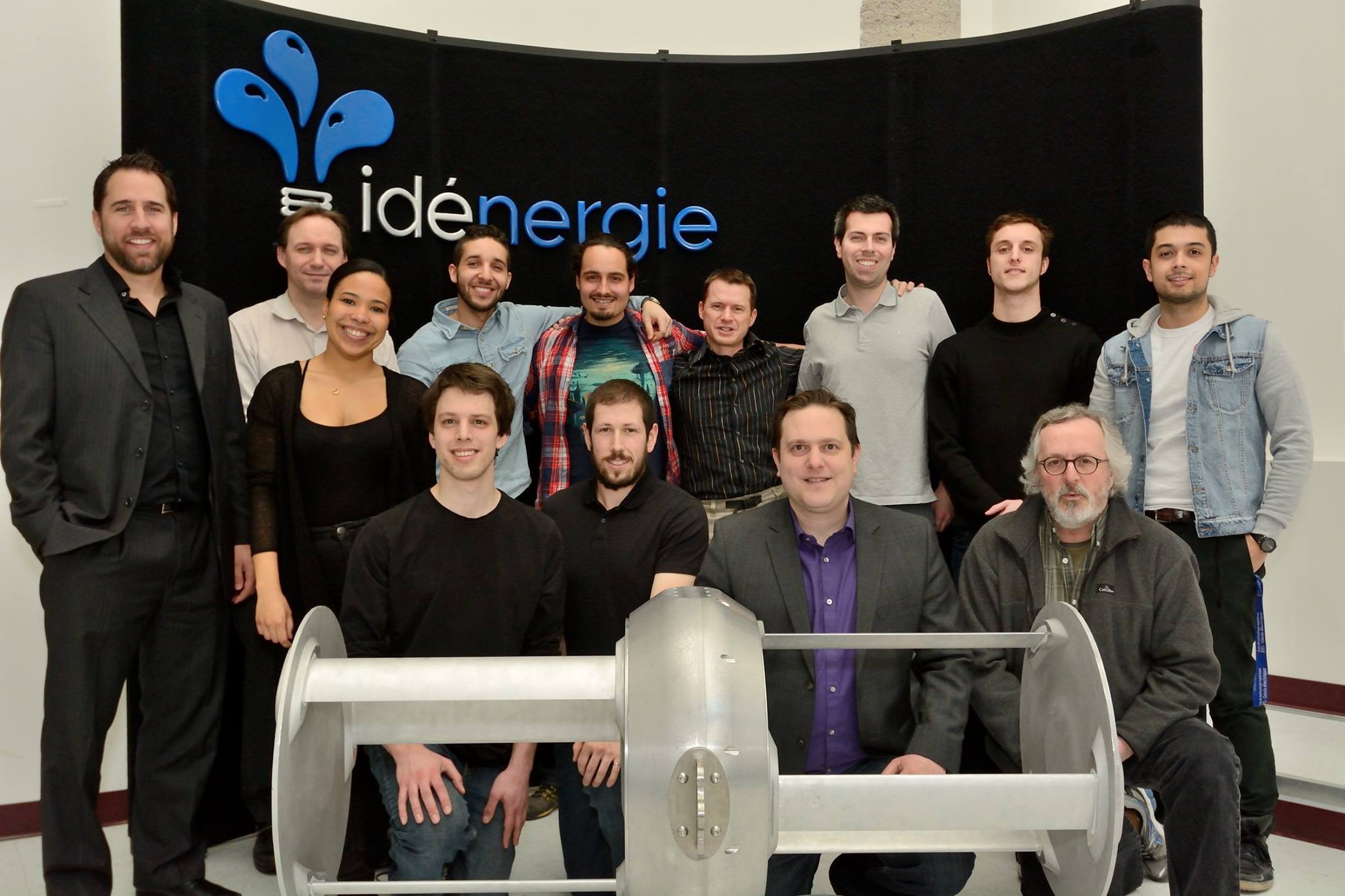 The turbine must be installed in a shallow river with a water depth minimum of 2 ft (60 cm). The water velocity should range from 1 m/s to 3 m/s for best results. The maximum distance between the river and end location of the power should be no more than 1 km.

As the river current enables the spinning movement of the turbines, the shaftless waterproof generator gets activated. This new type of electric generator is highly efficient at low velocities.

The turbine converts kinetic energy into electricity through a built-in smart bidirectional converter. This remote monitoring converter comes with additional features such as self-starting mode, continuous power optimization and an emergency brake.

Through an electric cable, the converted energy gets stored in a battery. An inverter transforms the direct current (24-48 V DC) into alternating current (120 V AC) to power the electrical devices. However, the energy production depends on the velocity of water. Hence, stronger the current, greater the electricity production. 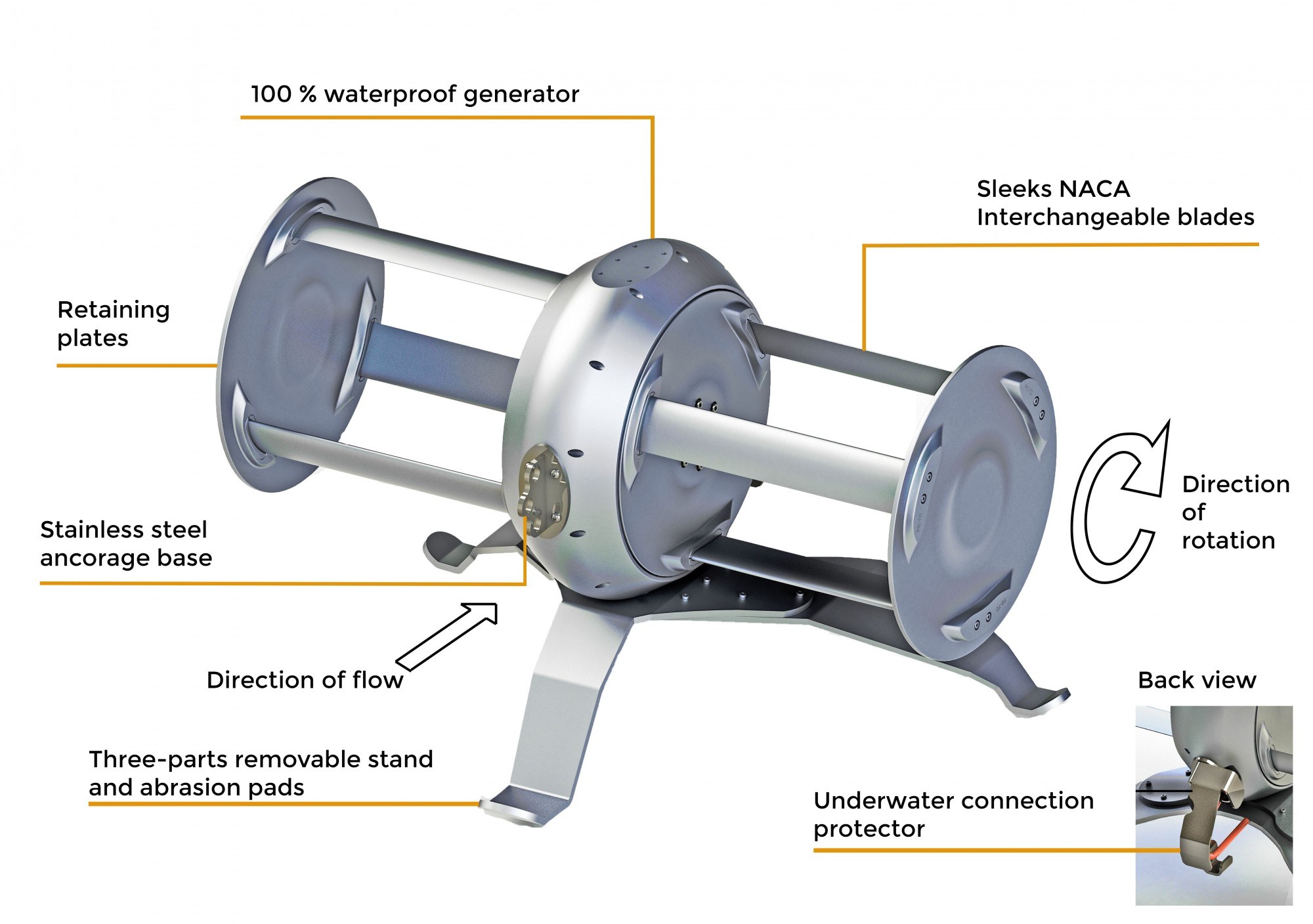 Easy Installation – For installation, you need three people and the installation manual. Users don't need cranes, civil works or costly extras. However, Idenergie recommends getting a certified installer to install the whole setup for you.

Portable - The internationally delivered equipment comes as a pack of dismantled pieces, which can be easily assembled using allan keys.

Networking – Power up a small community. On the same battery bank, develop mini-farm of turbines by connecting several turbines together for greater capacity. It is an ideal system for countries with most rainy places, like the Mousson in India and South-East Asia.

Environment-Friendly – In order to minimize the impact on aquatic animals and the natural habitat, the turbine is made of noble metals such as Aluminum. The used waterproof materials are recyclable.

Save – At maximum capacity, the river turbine generates energy equivalent to the energy produced by 12 solar panels, thereby reducing the 50 percent of the operational cost.

According to World Energy Outlook (WEO), an estimated 1.2 billion people (16 percent of the global population) don't have access to electricity. Many suffer from poor supply quality, especially the 95 percent people from rural areas in the sub-Saharan Africa and developing Asian countries. Most of our electricity comes from coal, nuclear, and other non-renewable power plants which take a severe toll on our environment polluting air, land, and water. Renewable energy is an alternative to fossil fuels which is naturally occurring and theoretically inexhaustible source of energy, such as biomass, solar, wind, tidal, wave, and hydroelectric power. However, the major short come with renewable energy is the reliability of supply. Renewable energy relies heavily upon the weather for sources of supply: rain, wind, and the sunshine, etc.

A Smart Safe That Lets You Monitor Your Items