Researchers have developed a smartphone add-on that allows doctors to detect interleukin 6 with 99 percent accuracy. 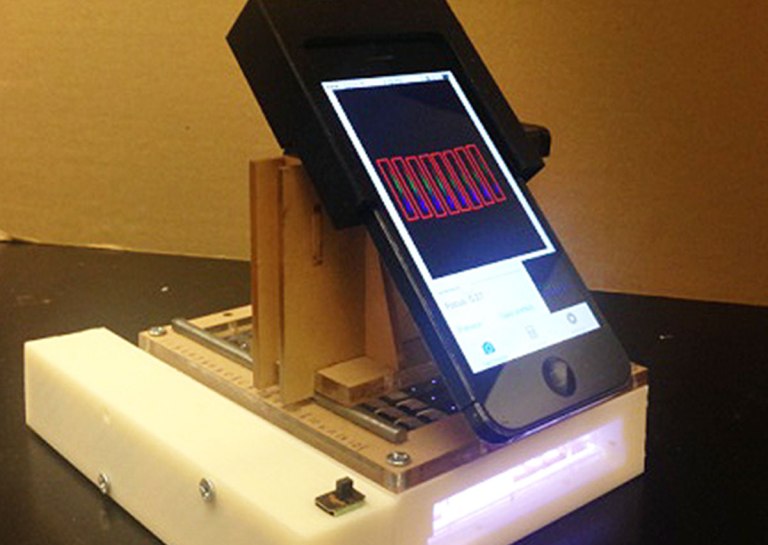 Interleukin 6 (IL-6) has been linked to prostate, liver, carcinoma, and lung cancers.

The rig uses a smartphone, prism, and an enzyme-linked immunosorbent assay (ELISA) plate. The backlit ELISA plate has 96 wells and can process up to eight samples at any given time. The technicians use a spectrometer app on the smartphone to analyze each well for color change.

Lei Li, assistant professor in the School of Mechanical and Materials Engineering at Washington State University, said the device is more efficient than other spectrometer counterparts.

Li said he filed a provisional patent for the team's design. The initial design used an iPhone 5, but Li hopes he and his team can create a universal design usable with any smart device.

Li said the device could be crucial in detecting IL-6 in remote areas or for mobile clinics. 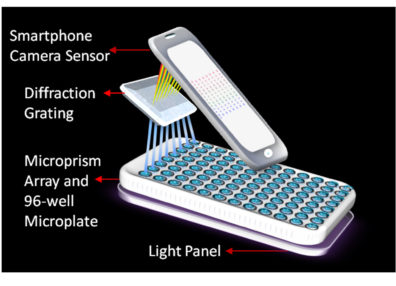 “The spectrometer would be especially useful in clinics and hospitals that have a large number of samples without on-site labs, or for doctors who practice abroad or in remote areas,” he told Washington State News. “They can’t carry a whole lab with them. They need a portable and efficient device.”

Everyone carries trace amounts of IL-6 in their systems. The IL-6 protein responds when the body sustains inflammation or tissue damage. It controls the blood's temperature and identifies potentially harmful cells in the body.

However, advanced cancer patients were found to have high amounts of IL-6 in their bodies. Studies also linked IL-6 to major depressive disorders, rheumatoid arthritis and possibly schizophrenia.

While discovering high levels of IL-6 wouldn't initially mean someone has cancer, this device could easily serve as preliminary work for office blood testing.