What a time to be alive. You will soon be able to check the health of your sperm using a tiny lens that fits onto your smartphone. The service is already available in Japan, and professor Yoshitomo Kobori from the University of Illinois is hoping to bring it to the rest of the world very soon.

Kobori came up with the idea after recognizing how big of an issue infertility is in Japan, and also identifying that Japanese men look down upon sperm testing. Utilizing a lens that has been on the market for some time now, Kobori and the rest of the research team is hoping to bring sperm testing to everyone without having to navigate through medical offices. Once a sperm sample is *cough* gathered, all you need to do is record a video using the lens on your smartphone. You then send this video off to a medical team that will analyze the health of your sperm and report back to you, according to India New England. This means that this test can now be done completely at home, eliminating some of the stigma surrounding the idea of having unhealthy sperm. 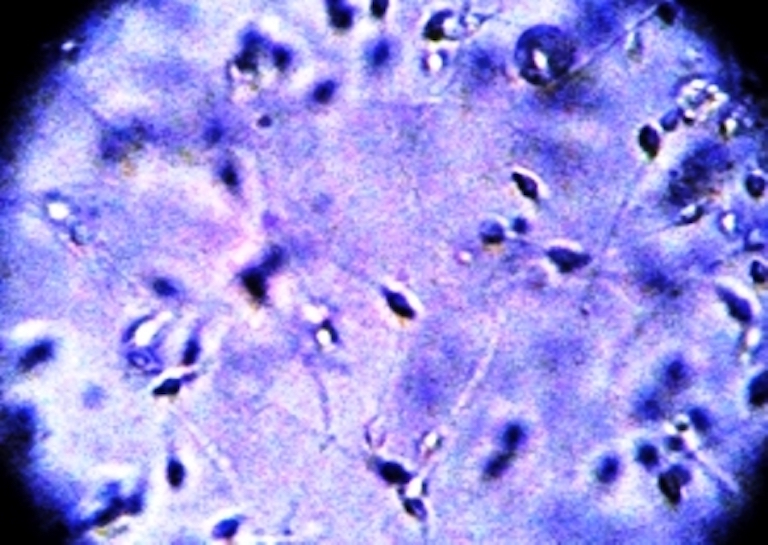 The small lens can magnify 555 times, according to Science Alert, which is enough to be able to identify individual sperm cells in the video. Collected semen is placed on a protective slide within minutes of ejaculation, where the camera can then be pressed up to the slide to record the footage of the cells.

According to UIC, Kobori discovered a $7 lens being sold in Japan, and his brain began swimming with all of the possible technical uses he could find for it. The team is currently working on improving the lens so that sperm analysis can be completed to a higher level of accuracy.