5G Platform from Qualcomm will be integrated with Mobile Devices by Early 2019, company president announced.

In our tech-driven society, with its epic unveilings and month-long teasers, few updates have created more buzz than the emerging fifth-generation network, also affectionately referred to as 5G. 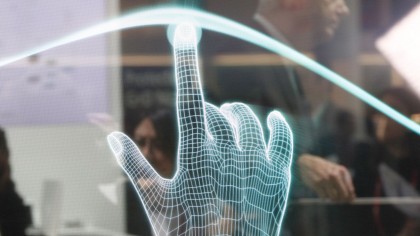 The proof is in the rapid ramping up of efforts in almost every level of society, from large-scale government initiatives to its integration in autonomous driving technology.

Now, Qualcomm has made one of the biggest contributions with the recent unveiling of its Snapdragon 855 Processor which will offer full 5G connectivity.

And we won't have long to wait: the company plans to start making the platform available on devices in early 2019.

The most compelling feature of the platform is that it will offer three times the AI performance of the fourth generation equivalents.

Improved performance and battery life due to the size scale down from 10 nm can also be expected.

As for Qualcomm, they specifically spotlighted enhanced Mapping, Shopping & Gaming as three specific core areas that will be optimized.

The announcement came at the annual Snapdragon Technology Summit, which kicked off yesterday by Qualcomm President Cristiano Amon.

He laid out a vision that includes:

(3) the ways in which the platform will be integrated with the company's QTM052 mmWave antenna modules and other technology recently emerging within the company.

a journey that went from R&D, accelerated standardization and trials, the launch of innovative products and technologies,

to the imminent launch of 5G networks and smartphones across the globe starting in early 2019,” Amon said in the speech.

Although Snapdragon 855 offers a lot of benefits, the highlights of the 7-nanometer chip include:

Also present were representatives from partner companies Samsung, Ericsson, Telstra, AT&T and Verizon all reporting on clear and concrete plans to integrate the technology in the United States, Australia and the UK.

The grouping of the telecommunications who's who added to the drama of the unveiling.

In a symbolic showing of the alliance between government and the tech industry, Governor of Hawaii David Ige, who also took the stage, offered what was perhaps the best endorsement of the enormous potential the new platform possesses.

Ige said: "5G promises to impact many industries, growing the economic benefit beyond the smartphone."

This underscores the far-reaching areas of transportation, urban connectivity, manufacturing & retail, healthcare and even agriculture that Qualcomm believes will open up dramatically with these enhancements.

More of a manifesto than an unveiling, the keynote signals the launching of an unprecedented level of connectivity.