Snow and Confetti Will Ruin Your Video Quality – But Why?

Video compression is what allows us to watch Youtube or stream videos, and it is a great thing when it comes to file sizes. Raw video files are massive, and watching one would require a lot of time to download or buffer. The best way to watch and stream videos then becomes to compress the file, and while video compression is awesome, it has issues when it comes to snow, confetti, or anything that does a lot of movement in the frame. Video compression works by predicting what pixels will look like, and basically tells certain pixels to repeat. Take for example if a video had a solid blue background, then most of the pixels would repeat blue, and the storage space would be used up tracking movement. To see why confetti and snow are a problem, check out the video below.

Back in the day, analog TVs would play uncompressed video, meaning that everything the camera lens saw was directly transferred to your TV screen. This works great when there isn't much video to play, but once you start getting say, more than 5 channels, well then you have to start compressing video files. Video compression is the only way in which digital video and television works, so you can thank your ability to binge watch your favorite TV series on it.

By now we've established that video compression is great, but what's the big drawback? Confetti. Most of the time confetti is seen at concerts, sports games or other big events, but issues come when snow is present as well. Like I mentioned earlier, when a video is compressed, pixels are told to repeat certain values based on prediction. The problem is, video compressing algorithm pretty much cannot predict where or when a confetti will move, so the video quality significantly drops since it needs to take up more space to store this data.

You may be saying, NO! I want my HD television all the time. Well you see, you can't have it. If you wanted to ensure HD or 1080P through complex video situations, then you would need to have a lot of data streaming capabilities. In fact, to stream the above video in full HD, the whole time, it would require 1.1 gigabits per second of data transmission, and our guess is you don't have that. 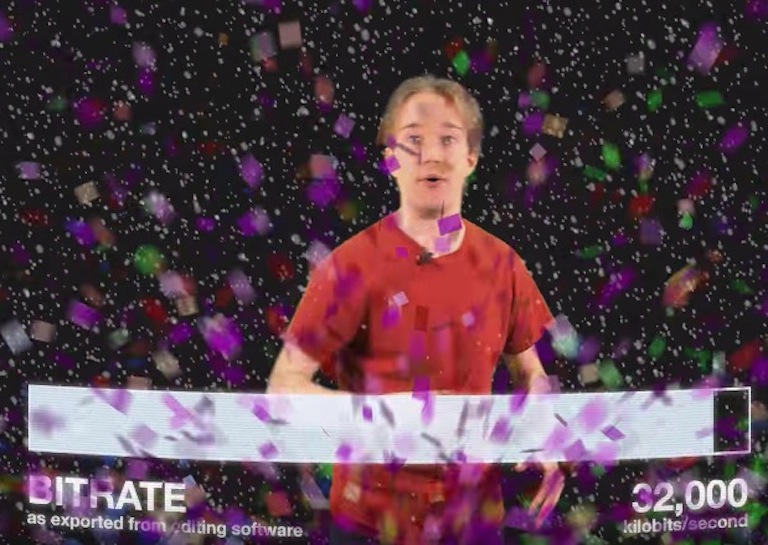 Digital technology has brought us a long way and enabled us to see things that never before would have been possible. Sometimes you have to compromise on video quality when it's snowing or there's confetti in order to be able to binge watch Netflix at other times. As predictive algorithms ultimately get better, this problem may become less of an issue, but for now, we just have to deal with it.

SEE ALSO: Make Someone Say Whatever you Want with New Video Technology

7 Gadgets to Help You Build the Coziest Home Theater System