Social Networks Can Make or Break You Says Stanford Economist

Matthew Jackson outlines how our social networks influence our lives in his new book.

Stanford economist, Matthew Jackson believes our human networks will powerfully shape our futures. A new book titled, ‘The Human Network: How Your Social Position Determines Your Power, Beliefs, and Behaviors’ is the culmination of more than 25 years of research.

While many of his findings seem like common sense to those with a sense of social engagement with the world, others will be intrigued to read about the bridge between economics and social science.

Jackson elaborates on some of the books contained in an interview with Melissa De Witte from Stanford News Service. One of Jackson's main takeaways is that who you know really matters. Probably now, more than ever, employment is often found through social and commercial networks, Jackson suggests.

As full-time jobs become rarer and the gig and freelance positions rise, having a strong network within your industry is critical to finding and securing your dream job. Unfortunately, the initial move into such a network often comes from our parents.

Perhaps a friend of your mother or father can give you a summer job or internship that you can use to level yourself into other positions. But what if your parents are lacking this network? If you are the first from your family to go to college or if you have had to leave your home due to economic or political reasons?

Those without networks are at a distinct disadvantage for the very beginning. This disadvantage can grow even further when the race is added to the mix. 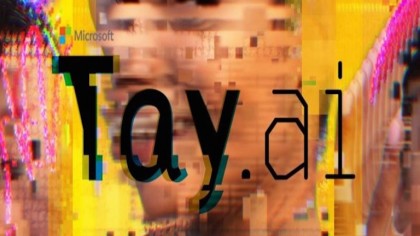 Jackson believed that humans have ‘the general tendency of people to interact with others who are similar to themselves.’ He argues that even in racially mixed educational institutions people will tend to socialize with those of the same race. Networks then form along racial lines.

As we know, the world's power is unevenly distributed towards white men, you don’t need to be a standoff graduate to see that structural racism is pervasive. Another research area Jackson is interested in is what he calls ‘externalities’.

“An externality is a situation in which one person’s actions affect another person’s well-being. Externalities make networks both important and fascinating. For instance, if one of my friends becomes an expert at using some software, that can help me out when I use that software. If they go through an interview process, they can later help me prep for that same process,” Jackson describes.

Impacts of actions have wide reach

He says externalities have both positive and negative impacts on networks. He believes understanding the network structure of externalities should be the basis of policy reform. One of Jackson's last points is how technology has helped form different kinds of networks.

The internet has the potential to connect more people with more speed than ever before. Jackson warns that despite the apparent positives of these digital networks caution must be exercised so that communicating online doesn’t become an echo chamber. Jackson's book is available through Pantheon.

Work Your Craft: How to Make an Origami Samurai Warrior