One of the biggest disadvantages of wind energy is that it kills bats and other avian creatures when they collide on the large blades of wind turbines. Researchers from the Pacific Northwest National Laboratory are currently working on a thermal imaging software that can help protect birds and bats around offshore wind turbines. The open-source software ThermalTracker is designed to identify birds and bats from video footages recorded during the night. This technology is expected to aid authorities and developers to assess the suitability of an offshore location for erecting wind turbines.


How ThermalTracker could protect avian wildlife from wind turbines

Producing clean energy through the use of wind turbines brings about numerous advantages in terms of sustainability, employment, and economic benefits. However, the large blades of wind turbines are notorious for inflicting death to many avian creatures. An estimated 300,000 birds die each year due to wind turbine collisions. And although it's a small fraction that contributes to the overall causes of bird deaths around the world, it's still a significant environmental issue that needs to be addressed. Researchers from the Pacific Northwest National Laboratory (PNNL) is currently developing a software they refer to as ThermalTracker. The open-source software uses the same night vision technology that soldiers use to see in the dark. ThermalTracker is designed to automatically detect birds and bats in a thermal video as they are often too difficult to monitor and track in offshore locations.

Shari Matzner, a PNNL engineer and team leader of the ThermalTracker development project, noted that the night vision software technology is specifically beneficial for the wind farming industry.

"ThermalTracker can help developers and regulators make informed decisions about siting and operating offshore wind projects. We need scientific tools like this to better understand how offshore wind turbines can coexist with birds and bats". 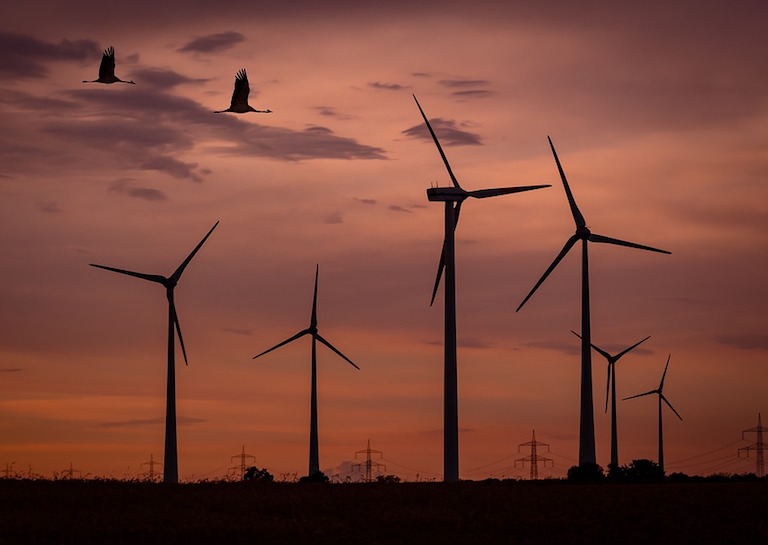 By using the ThermalTracker software to assess a location's suitability for erecting wind turbines, authorities and developers will be able to make a more informed decision before building and operating wind farms on a chosen site.

"Developing technology to detect bird and bat avoidance at terrestrial and offshore wind farms will promote a better understanding of the nature of wildlife risks — or lack thereof — at any type of wind farm, and reduce uncertainty about the potential for unintended impacts during operation", said Wing Goodale, deputy director of Biodiversity Research Institute (BRI).

BRI is using the ThermalTracker technology to test the effectiveness of the system in identifying birds and bats relative to field observation methods. Biologists from the Institute are testing ThermalTracker in Maine, one of the states in the US considering offshore wind farms. Goodale expressed that the development of ThermalTracker is an outstanding collaborative effort between multiple scientific disciplines.

"These cameras could provide a reliable method of detecting bird and bat response to offshore wind projects, where it is not possible to conduct traditional wildlife monitoring. This is an extraordinary collaboration between technology developers, engineers and wildlife biologists who are working together on cutting-edge technology".

The night vision technology's original source code is available for free in basic form. The more advanced version of ThermalTrack is still under development. Matzner and her team will use the data collected by BRI during their field tests this summer and will use the collected information to tweak and refine the configuration of the software's algorithms. By doing so, ThermalTracker will be able to definitively determine birds and bats from 3D videos.

SEE ALSO: The Largest Floating Wind Farm in the World Will Be Built Off Scottish Coast