Calling out all the engineering students and especially non-engineers out there. You can now design and build structures on your own without having to perform complex mathematical operations! A group of researchers at the Hasso Plattner Institute in Germany have created TrussFab, a new type of software that can fabricate large-scale structures that are rigid enough to support human weight.

TrussFab is a software where you can sketch a simple structural design you want to create and the program automatically generates a bottle-based structure. Instead of treating the bottles small materials like previous systems have, TrussFab considers them as structural elements, such as a beam, and utilize them to form strong structural node links in triangular forms, also known as trusses. The software does this by using complex algorithms and performs rigorous structural analyses to ensure the structure's integrity.

The idea of basing any structural design on trusses is such an intelligent engineering choice. A truss system uses its physical arrangement to support loads and transfer them systematically, through the compression and tension members, to the foundation or ground. The truss method prevents the deformation of the individual bottles. TrussFab is able to build trusses by mixing tetrahedra and octahedra into tetrahedral honeycomb structures.

How to TrussFab your structure

There are a total 5 steps into designing and building a structure on your own using TrussFab.

The first stage is to either sketch your desired structure or convert an existing 3D model using the software. TrussFab will then automatically simulate an equivalent truss system that matches the initial model. An easy-to-use modeling software called SketchUp is used as the design tool.

Just like a professional engineering software, this German software is equipped with editorial tools so you can tweak the structural formation of your structure while maintaining the truss system. It is also capable of creating large beams in truss form and a structural analyzer is incorporated to calculate forces then warns the user if there are errors in the design. 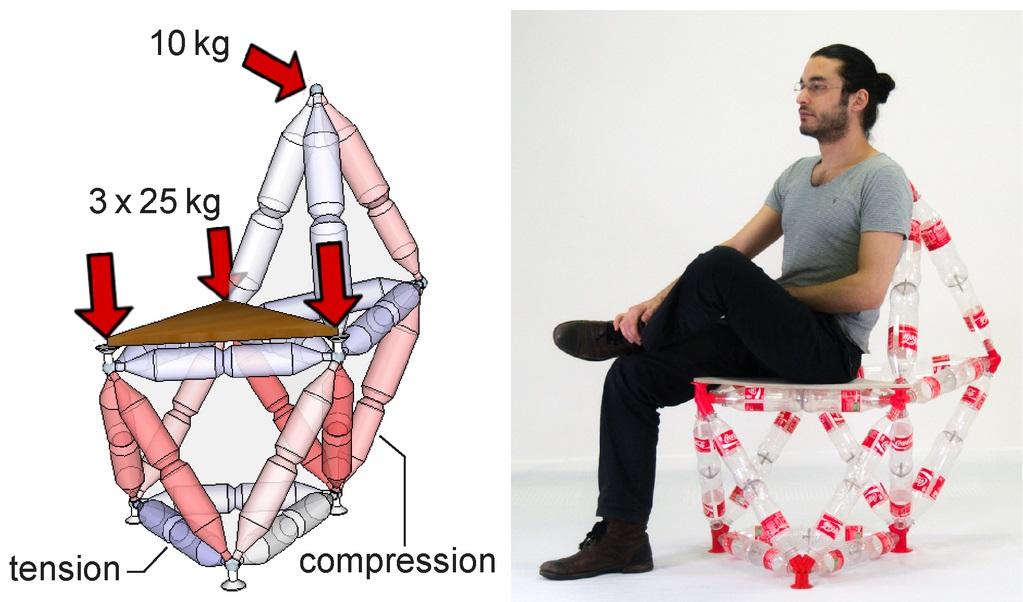 One of the most important parts of a truss system are the nodal points or links where the members are connected. TrussFab has a node design tool where all the connection nodes are generated as 3D models. These 3D nodes can then be printed for 3D structures and 2D nodes can be laser-cut for facades.

Once the 3D nodes have been printed, the assembly process can then be done. The user would manually assemble a structure by following the unique IDs allocated to each node.

The researchers have successfully validated the TrussFab system by designing, fabricating, and building various simple structures. One of these simple and effective structures is a functional boat that can take two people. 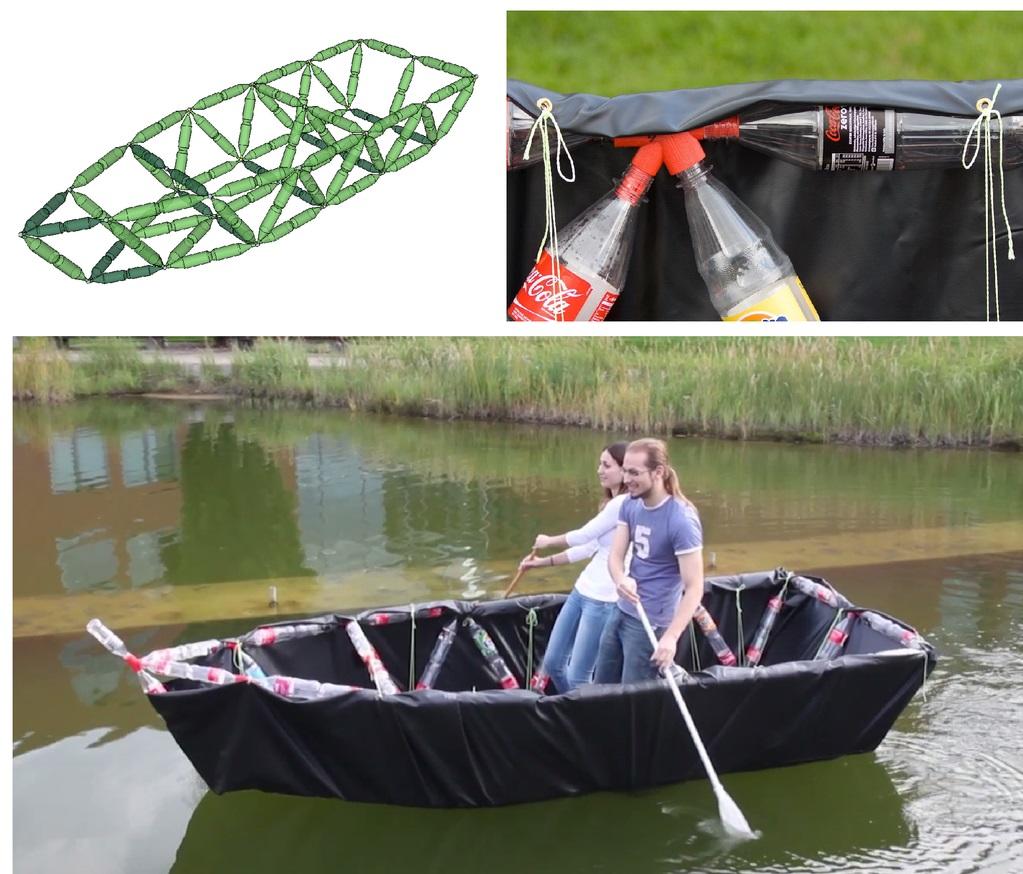 TrussFab comprehensively possesses the required engineering knowledge to design and build structures which allow users to confirm their designs through the use of integrated structural analysis.

This software technology may soon deem engineers obsolete as it already possesses the technical skills that engineers have to study for five years and practice for a lifetime.

The published paper is available here.