Solar Employment Is Expanding 17 Times Faster Than US Economy

Solar employment made a record year in 2016 by expanding 17 times quicker than the American economy according to a new report released by the International Renewable Energy Agency (IRENA). With the solar photovoltaic (PV) sector leading the employment front at 3.1 million jobs, a 12% increase from 2015. 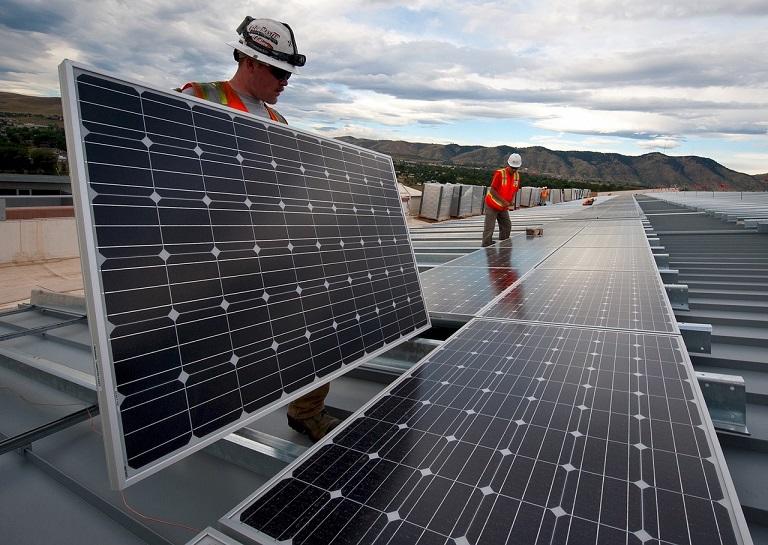 It was with large energy consumers like China, the United States, and India where the growth of solar photovoltaic employment flourished. The employment boom in this sector was primarily due to declining cost and supportive policy frameworks in the mentioned countries.

It was China that claimed more than half of the 3.1 million jobs that was created worldwide by coherently reinforcing its status as the largest installer and manufacturer of solar photovoltaic panels.

Similarly, India also saw a strong growth in its employment rate through the installation of solar PV panels with a total of 121,000 jobs created, 17% more than the previous record year of 2015.

The United States experienced the same trend by employing 242,000 people in the solar industry, up by 24%. Bangladesh was also included in the mix of nations with national employment growth via the solar PV sector at a total of 140,000 jobs in 2016.

However, other nations such as Japan and nations across the European Union experienced the opposite trend as jobs in the solar sector declined on that same record year. The slowing rate of installations in Japan resulted in a 20% decrease in employment. Across Europe, the decline in installations and manufacturing of modules caused a significant decrease of 22% in the solar PV employment scene, down to 111,000 jobs.

The declining costs of solar PV panels may have resulted in installation job growth but this same cascading effect also weakens the financial health of manufacturers. Local manufacturers in India suffered the consequences of cheap panel imports from China as the Chinese were supplying an estimated 80% in total, while Indian companies only contributed no more than 13%. Module manufacturers in the European Union are being driven out of business due to low demand and lack of industrial competition.

It wasn't just solar employment that surged up last year, other renewable energy sectors such as in the installation of wind turbines also contributed in the expanding business of the renewable energy industry. A 7% increase in global wind employment was jointly provided by Germany, India, Brazil, and the United States, resulting in a total of 1.2 million jobs.

Furthermore, global bioenergy employment also saw a boost in their sector with China, Brazil, and the United States as the key markets during the 2016 record year. Liquid biofuels created a total of 1.7 million jobs, solid biomass at 0.7 million jobs, and biogas with 0.3 million new employees. These bioenergy jobs were concentrated on the production of feedstock supply.

The hydropower industry was also a major contributor in employing people last year with a total 1.5 million jobs, where about 60% are within the operation and maintenance department. Countries such as Vietnam, Brazil, China, India, and the Russian Federation were the key hydropower job markets.

According to this global renewable energy report, gender discrimination within the industry seems less conspicuous than in the energy industry at large. IREA, together with BNEF, and CEBC conducted a survey across the Middle East and North Africa to determine the gender barriers within the industry in order to understand the regional dynamics. They have enumerated required actions to be able to improve the gender equality of the renewable energy sector and these include training and mentorship, parenting support, egalitarian processes, and diversifying the working environment.