Are solar energy inverters a fire risk? In a word – no. 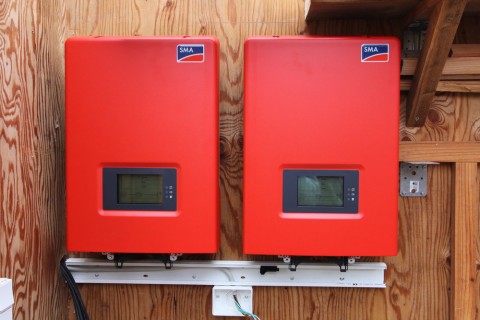 Unfortunately, there are certain people that delight in sensationalizing any story that appears to highlight the disadvantages, some critics would even say ‘foolishness’ of installing renewable energy, particularly if it's wind or solar. A favorite topic over the years has been the idea that solar power inverters, the things that accompany solar panels on your roof and convert the Direct Current (DC) from the sun to Alternating Current (AC) for use in your home, are a fire risk.

But is this necessarily true? And how common are such incidents?

According to NBS, the trading outlet for RIBA Enterprises, itself part of the Royal Institute of British Architects (RIBA), there is no reason to believe that fire risks from solar PV arrays, including inverters, are greater than those associated with any other electrical equipment. In fact, according to BRE Global, a company that specializes in the testing of electrical systems, there have only been eight fires caused by faulty solar power systems over the past two years in the UK. A German study found that out of 1.3 million installations, only 75 fire incidents could be attributed to solar power systems.

However, electrical systems are becoming increasingly common in households all over the worlds, for a variety of reasons, and so with such an increase comes an increased fire risk. 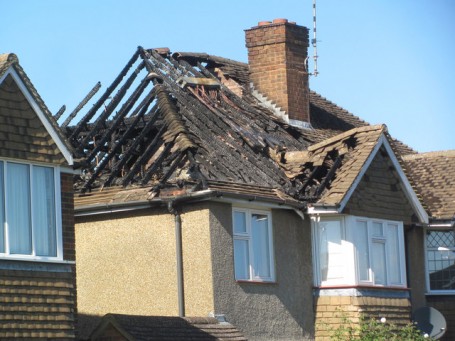 So what are the risks when it comes to solar power systems?

As has already been mentioned, solar PV systems generate direct current (DC), which means that parts of a solar array can’t be turned off. DC installations have a continuous current and it is this that increases a whole number of risks above that of ordinary AC installations. With regard to the risk of electrocution for example, DC current will continuously contract human muscles, while AC currents, because they alternate, present opportunities to break the current, thus releasing the victim of the electrocution incident.

A typical household solar power array will be rated at 2-4 kilowatts peak (kWp), a measurement of the power generated by the solar panel array, while a larger commercial array can range from 2-4 kWp up to 1000 kWp for very large rooftop systems. These figures are increasing as larger and larger ground-mounted solar farms are constructed on available and suitable sites.

A household solar panel array consists of the PV panels themselves, fixed to the roof of a building or built into it, a number of DC cables, connectors and junction boxes (these take the power to the inverter), the inverter (which converts the DC power to AC), DC isolation switches used to isolate the PV array from the inverter, AC cables that transport the AC output to the building’s power supply and a connection to the main AC supply. 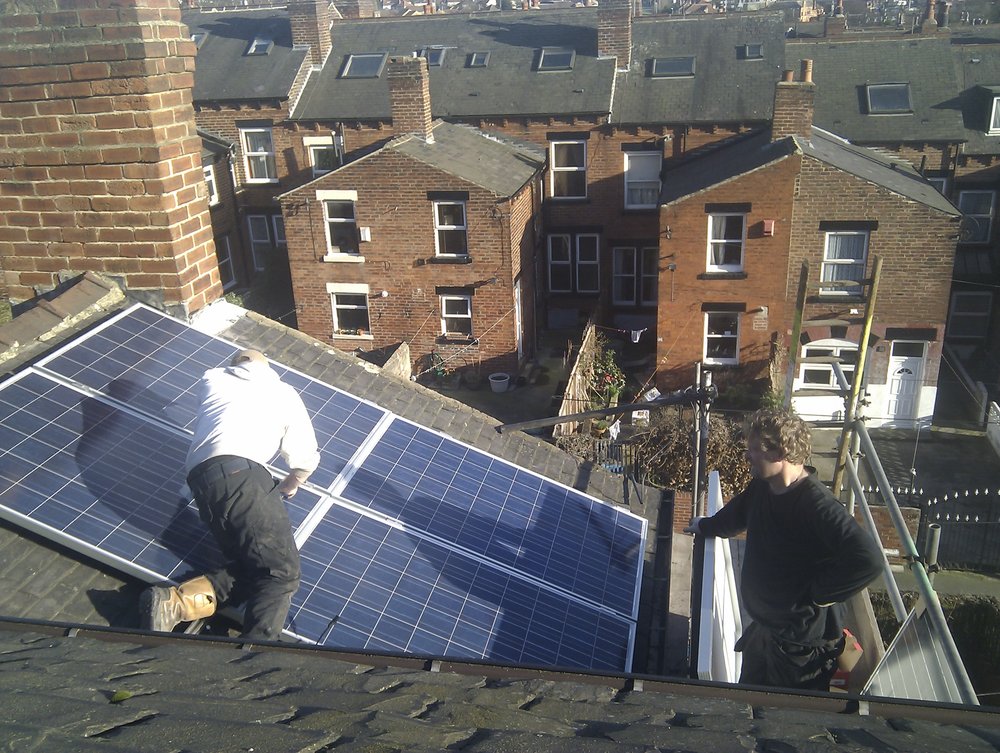 Installers fitting a solar panel array on to the roof of a terraced house in the UK [Image Source: Ben Dalton, Flickr]

There are three specific types of inverter – a string inverter, a central inverter and a micro-inverter – depending on the type of array installed. The majority of inverters used in the UK are of the string inverter type, although micro-inverters are becoming increasingly popular. This type of inverter is usually mounted on the roof itself, with one under each solar panel. This helps to reduce the length of DC cabling, thereby avoiding high DC voltages, which can potentially cause electrical arcs. Such arcs are caused by air gaps between conductors, which cause sparks that could cause fires. The usual cause of such gaps is poor manufacturing, installer errors, ageing or degraded connectors.

The installation of PV systems is governed by regulations set by the Microgeneration Certification Scheme (MCS) as well as manufacturing guidance. There are also a number of British Standards that apply to PV systems, such as BS EN 61730-1, BS EN 61215, BS EN 61646, MCS 0065. These standards require equipment to be tested and assessed before a certificate is issued guaranteeing their safety. They also cover staff training, materials and installation procedures. Rooftop PV systems also have to be subjected to a fire exposure test such as DD CEN/TS 1187 test 4 or BS 476-3 which is aimed at ensuring that any fire will not spread between buildings via their roofs.

Although fires associated with solar PV arrays are rare, those arrays fitted with string or central inverters will carry DC at higher voltages, meaning that it isn’t normally possible to completely isolate the electric circuits between the array and the DC isolation switch. PV modules are also current-limiting devices, which means that fuses are unlikely to operate under short-circuit conditions. This could lead to a fault in the system remaining undetected. However, in most circumstances, good system design, product selection and installation procedures will be enough to minimize, as far as possible, the risks of fire and/or electrocution. This in turn means that those systems that have caused fires are likely to have been installed incorrectly or incorporated incorrectly specified or faulty components. For example, some reports have shown AC isolator switches being used in DC circuits, thereby resulting in heat build-up within the switch fitting. Other fires have resulted from faulty inverters or faulty DC switches or the absence of isolator switches altogether. Switching or connection faults on the DC circuits can lead to a high temperature arc or high resistance fault, thereby potentially starting a fire. In turn, DC arcs can be difficult to extinguish and also present a risk to fire crews.

Inverters are designed to shut down completely in situations where the AC supply to a building has failed – such as a power cut or a fire. However, in such circumstances, the DC circuits running from the array to the DC isolator will still be live.

Another potential fire risk associated with PV systems involves the feeding of energy from the array into the grid when the electricity is not required by the building in which it is housed. If this occurs at a particular time when the same process is going on from multiple distributed energy systems, this can potentially cause a voltage fluctuation in the grid. Such fluctuations have been known to cause fires in household electrical equipment such as televisions.

Inverters themselves are often installed on the top floor of a building or in the roof space. In most circumstances, they should last for 5-10 years before needing to be replaced. This length of service will also be reflected in the warranty issued during the installation (the popular SMA Sunny Boy inverter comes with a 7-year warranty). The problem with installing an inverter in a roof space is that roof spaces tend to get hot in summer weather and this in turn may overheat the inverter. For this reason, although the inverter has built-in fans to control temperature, it is usually better to have the inverter installed in an upstairs room or other space (ideally a redundant built-in cupboard or something of that ilk or even in the garage).

Another potential safeguard is the installation of arc fault detectors and interrupters which cause a system to shut down when such an arc is detected, before it can cause a fire. The state of California in the US has now made the installation of these systems in solar power arrays a mandatory requirement and SMA has already started fitting such devices directly into their inverters.

In terms of cost, this could potentially add to up to $100 (£70) on to the overall cost of a solar power system, but in terms of safety, considering the amount of damage a fire can cause, it’s probably worth it. Moreover, the cost of solar power is falling all the time, which means that this will very soon cease to be a major issue, if indeed it is already.

So, next time you read a story in the media about a fire being caused by a faulty inverter and you start wondering about how safe your own solar power system is, don’t worry, because if your system is a quality array installed by quality installers, then the chances are that you’ve almost certainly got nothing to worry about at all.

Surprise! Hot Sand Can Save Extra Energy From Wind and Solar Power