A completely solar powered airplane, called the Solar Impulse 2, is set to resume its round the world trek leaving from Hawaii very soon. Pilot André Borschberg set off last year on a record breaking flight from Nagoya, Japan to Hawaii, making the trip in just 4 days, all alone, in the single seater craft. However, after completing this journey, the plane was found to have suffered damage from overheating and was subsequently grounded in the state for many months. The plane spent the winter at Kalaeloa airport in Hawaii where the team repaired its equipment and conducted test flights in order to prepare it for its continued journey across the world. 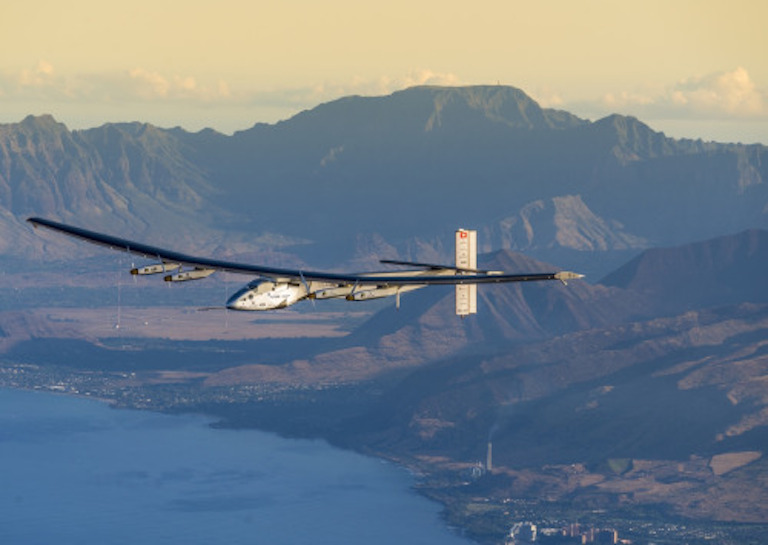 The exact flight date has yet to be announced, but it will likely fly to Phoenix, San Francisco or Los Angeles from the Pacific islands, according to The Verge. As the plane is quite fragile due to its large wingspan meant to accommodate an array of solar panels, it cannot hold up in heavy weather conditions. The crew plans a variety of destinations in order to allow them to avoid strong weather fronts and other obstacles all while in the air. 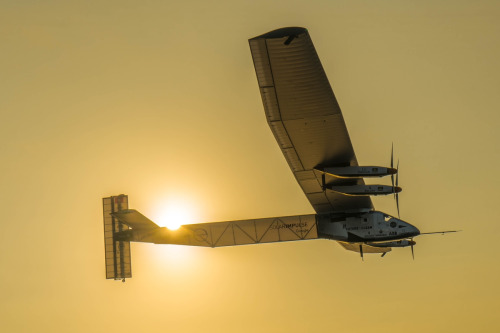 The plane was created in order to further the use of green fuels, and demonstrate that great things can be accomplished without the need for fossil fuels. Rather than be a demonstration piece for groundbreaking technology, the aircraft is meant more as a statement piece to those looking on.

The first flight was conducted in June of 2009, and the plane has a top speed of 80 kph, powered by electric engines. There isn't much in the way of practical uses for an aircraft with a wingspan of 72 meters that can only carry one person, but what it demonstrates to the world has the power to sway many to the field of green energy. You can learn a little bit more about the background of the Solar Impulse team in the video below.

The flight of the Solar Impulse across the world will be a first for solar powered aircraft, as well as an accomplishment for the solo pilot flying the plane. Who needs fossil fuels anymore?

SEE ALSO: Solar Impulse stranded in Hawaii for time being

A new algorithm reveals the first triple-moon asteroid ever discovered