Hydrogen can be used to power cars that don’t emit harmful pollutants like their traditional internal combustion counterparts. But the cost of producing hydrogen is prohibitive to this technology being widely adopted. That is all about to change with a discovery from researchers in Australia who have discovered a way to produce hydrogen using sunlight and water vapor. 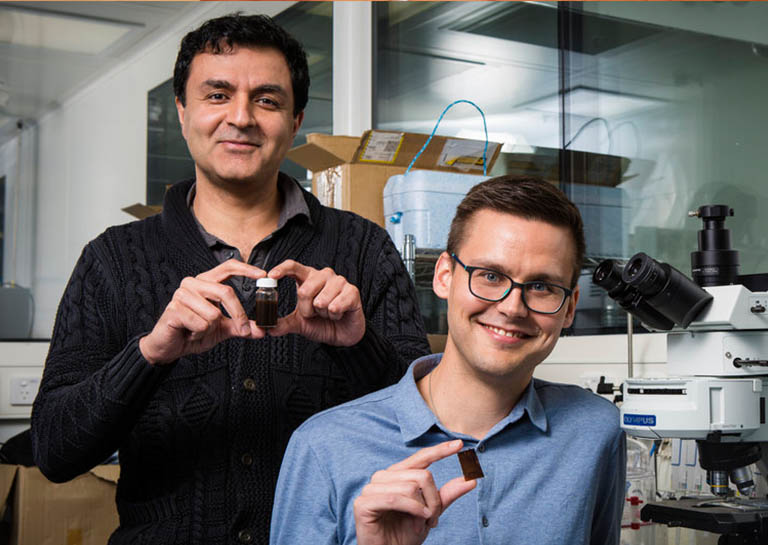 Hydrogen is the ideal energy

The process involves painting a chemical compound onto sun catching roofs and other surfaces. Research paper co-author Kourosh Kalantar-zadeh explains, “Hydrogen is the ideal energy on the planet, if you can turn water into hydrogen, you have an infinite source of energy.” The research was published in the journal ACS Nano and describes how the paint uses sunlight to break humidity down into hydrogen and oxygen.

The current method of creating hydrogen is electrolysis. It is an inefficient industrial scale process of passing an electric current through water. The method requires large amounts of energy to complete, thus making it defeat its own purpose of producing a clean and green energy.

Is this the end of lithium batteries?

The new findings could have a significant impact on the search to replace carbon-based fuels. Hydrogen can be used to fuel vehicles and even rockets when placed under compression. In fact, NASA is the world's biggest user of hydrogen.

The green gas also has the capacity to store energy, making it a game changer for the development of sustainable fuel cells as well. This could spell the end of harmful lithium batteries. “Lithium ion batteries are the worst in terms of their carbon footprint,” said Torben Daeneke, a research fellow at RMIT University. “They have to be improved a lot to bring their carbon footprints down.”

Hydrogen producing paint can be used on any surface

The newly discovered paint is a combination of the common lubricant molybdenum sulfide and nanoparticles of titanium dioxide. Titanium dioxide is a substance that provides toothpaste and sunscreen with their chalky white color. The material absorbs both solar energy and moisture from the air. It can then further split the water into hydrogen and oxygen allowing for it to be used as a fuel.

The paint won’t be commercially available for at least 5 years, but researchers believe once the process is improved it will be very cheap to produce and will suit a variety of climates. “Any place that has water vapor in the air, even remote areas far from water, can produce fuel.”

The paint could be used on any surface from houses to walls to fences. Its ability to turn any structure into an energy clean energy plant is incredible. Once commercialized the paint will join a growing list of products available to consumers to take control of their own power use and generation.