Solar power is becoming the world's cheapest energy source. The cost of solar power has declined drastically over the past six years, to the point where it is cheaper than wind power in certain countries. 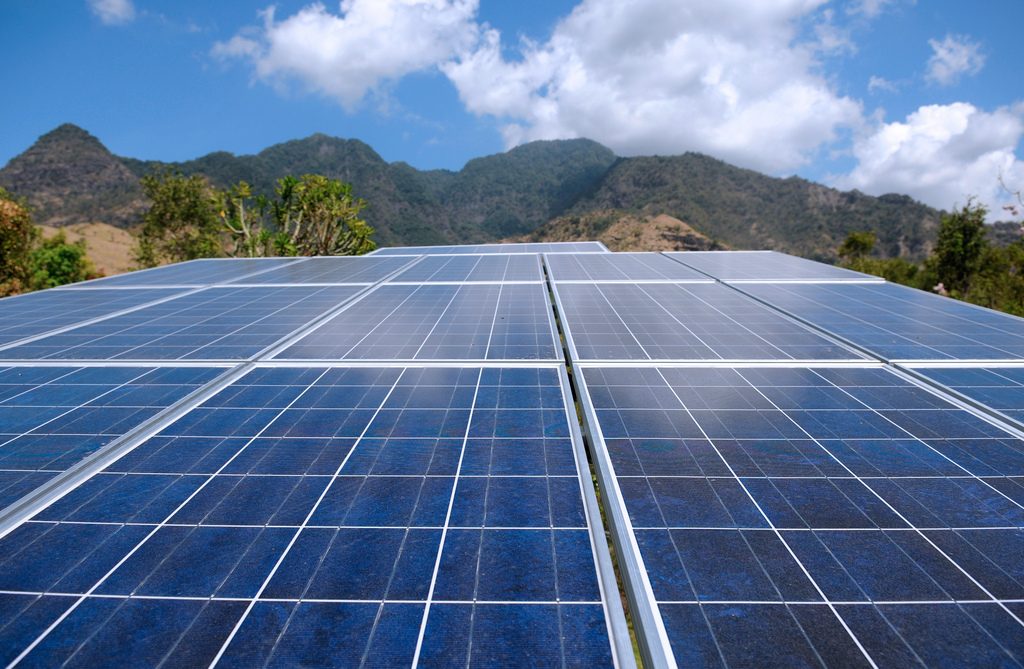 This is particularly true in the developing countries which don't have the necessary infrastructure in place for fossil fuels. These countries are assembling their infrastructure. However, they've seen what coal and gas can do in other industrialized nations. Thus, they're looking to invest in energy-saving and renewable infrastructure. 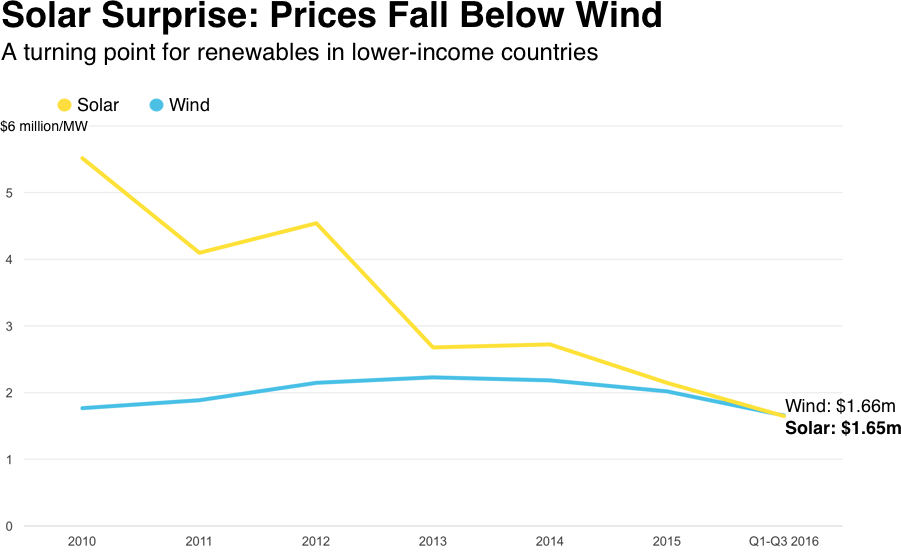 "Solar investment has gone from nothing ... five years ago to quite a lot."

According to the report, solar power will become the cheapest source of energy over the next 15 years.

A reason for the solar energy price drop comes from a decrease in installation costs. The cost of installing the solar panels at solar farms and on rooftops is expected to decrease by 60 percent. The expected cost is estimated to be around four cents per kilowatt hour by 2040, according to Bloomberg New Energy Finance. This makes it cheaper than both coal and natural gas power in many areas.

The price decrease has already come into effect this year in a number of solar projects in sunny places such as Mexico. The cost is minimal at four cents per kilowatt hour as a result of the broad scales as well as utility sales.

According to Bloomberg New Energy Finance, the low cost of solar is expected to encourage solar panel installation to the point that solar could account for 43 percent of all new power generation added worldwide between now and 2040. This is enough solar projects to represent $3 trillion of new investments.

Bloomberg New Energy Finance says that by 2040, 15 percent of the world's electricity will come from solar energy. Both people and businesses will invest approximately $135 billion into the solar infrastructure yearly.

According to the report, with the decreased cost of clean energy technologies, "cheaper coal and cheaper gas will not derail the transformation and decarbonisation of the world's power systems."