A year ago, in November 2014, a consortium of companies and organisations in The Netherlands constructed a ‘solar cycle path’ called SolaRoad in Krommenie, in the province of North Holland. Thus far, some countries in the world have focused mostly on installing solar panels along the sides of roads or, in the case of one South Korean highway, over the top of a cycle path running between the two carriageways. Using solar panels for the surface of the road or cycle path itself is another thing altogether.

The consortium behind SolaRoad consisted of a number of businesses, research institutes and government organisations, specifically The Netherlands Organisation (TNO), the Province of Noord-Holland, Imtech and Ooms Civiel. The project emerged from a revolutionary new idea, investigating the question of whether or not it would be possible to build roads and cycle paths that acted like solar panels, where the energy generated by the road surface itself would drive the vehicles that drove upon it. If this is possible, then the 140,000 kilometers of roads road surface in the country - enough to go three times around the world, and more, according to Sten de Wit from TNO - could potentially act like a giant solar panel, absorbing electricity and converting it into electricity. This in turn could also be used for street lighting, traffic systems, households and electric vehicles. This is truly a bold idea, but the good news is, it works. At least, it has so far anyway.

The prototype SolaRoad was developed in 2010. It was then extensively tested in a laboratory which then resulted in the construction of the SolaRoad cycle path at Krommenie. This was officially opened on November 12th 2011 by Henk Kamp, the Dutch Minister of Economic Affairs, and Elisabeth Post of the North Holland Provincial Executive.

The prototype SolaRoad was constructed from 2.5 by 3.5 meter prefabricated slabs with a 1 cm translucent surface made of tempered glass. Crystalline silicon solar cells were layered beneath the glass. This is potentially very tricky, since the surface has to be translucent in order to admit light but it also has to remain as dirt-free as possible while also being non-slippery and skid resistant. For this reason, a skid-resistant coating was applied to the glass after having first been extensively tested in a laboratory. The glass and the solar cells beneath it are strong enough to resist normal, everyday traffic, including service vehicles as well as cyclists. The surface is also able to resist the impact from heavy objects and resistant to climactic conditions such as heat, cold, salt, expansion and contraction from temperature changes and damage from changes occurring within the ground beneath. These qualities have also been subjected to testing in the laboratory. Another feature of the SolaRoad is the seamless interconnection between the prefabricated panels in order to ensure a comfortable ride by those using it, with no height differences at the intersections.

In May this year, the consortium announced that the energy generated by the SolaRoad had exceeded initial expectations.

“We did not expect a yield as high as this so quickly” said Sten de Wit, SolaRoad’s spokesman.  “The bike road generated over 3,000 kilowatt hours (kWh). This can provide a single-person household with electricity for a year, or power an electric scooter to drive 2.5 times around the world. If we translate this to an annual yield, we expect more than 70 kWh per square meter per year, which we predicted as an upper limit in the laboratory stage.”

Indeed, the target of 70 kWh has been reached this year. According to Sten de Wit, a typical Dutch house could be powered by around 50 square meters of roadway. 70 kWh is enough to power three such houses. Although the current pilot project is a cycle path, car’s might also use it occasionally, given that the consortium want to keep on developing the project with a view to replicating the US Solar Roadways project, which believes that such a network could one day supply enough power for the entire United States. 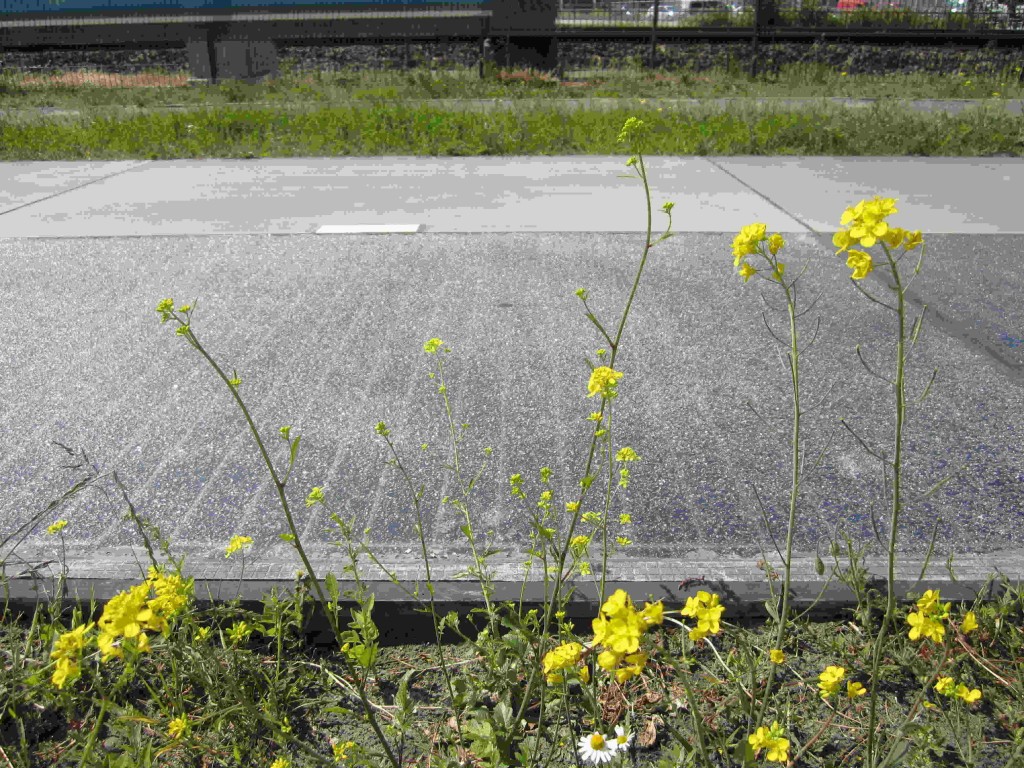 SolaRoad also believes that the technology will be of major interest to other countries in more southerly latitudes, given the increased amount of solar irradiation available in those regions. However, as with other renewable energy technologies and projects, the costs might prove to be prohibitive initially. The SolaRoad cycle path cost $3.75 million for a stretch of path only 230 feet long. Nevertheless, in common with those other technologies, the cost will come down over time, particularly given that the surface itself generates energy and will therefore pay for itself over time. The consortium believes, given the recent results, that this will probably be around 15 years at most. As this approach begins to increase in popularity among local authorities and transport organisations around the world, constructing a solar roadway may even become cheaper than building a conventional roadway.