Modern technology is so far integrated into many of our lives that it has become hard to separate ourselves from being constantly connected. Now, when you go camping with a tent, you don't have to worry about running out of power, and you can keep your electronics all charged up with the new Orange Solar Tent. You're probably thinking to yourself, but camping is meant to be a time when we separate ourselves and refresh, well thats apparently old-school now.

While this tent was specifically designed for festival goers who will often spend many nights in a tent, it can also be used in a wide array of camping and recreational applications. The main goal was to create an eco-friendly tent design that can provide sufficient power to meet the user's needs. The Orange Solar Tent was actually a finalist for the Greener Gadgets competition in 2010. 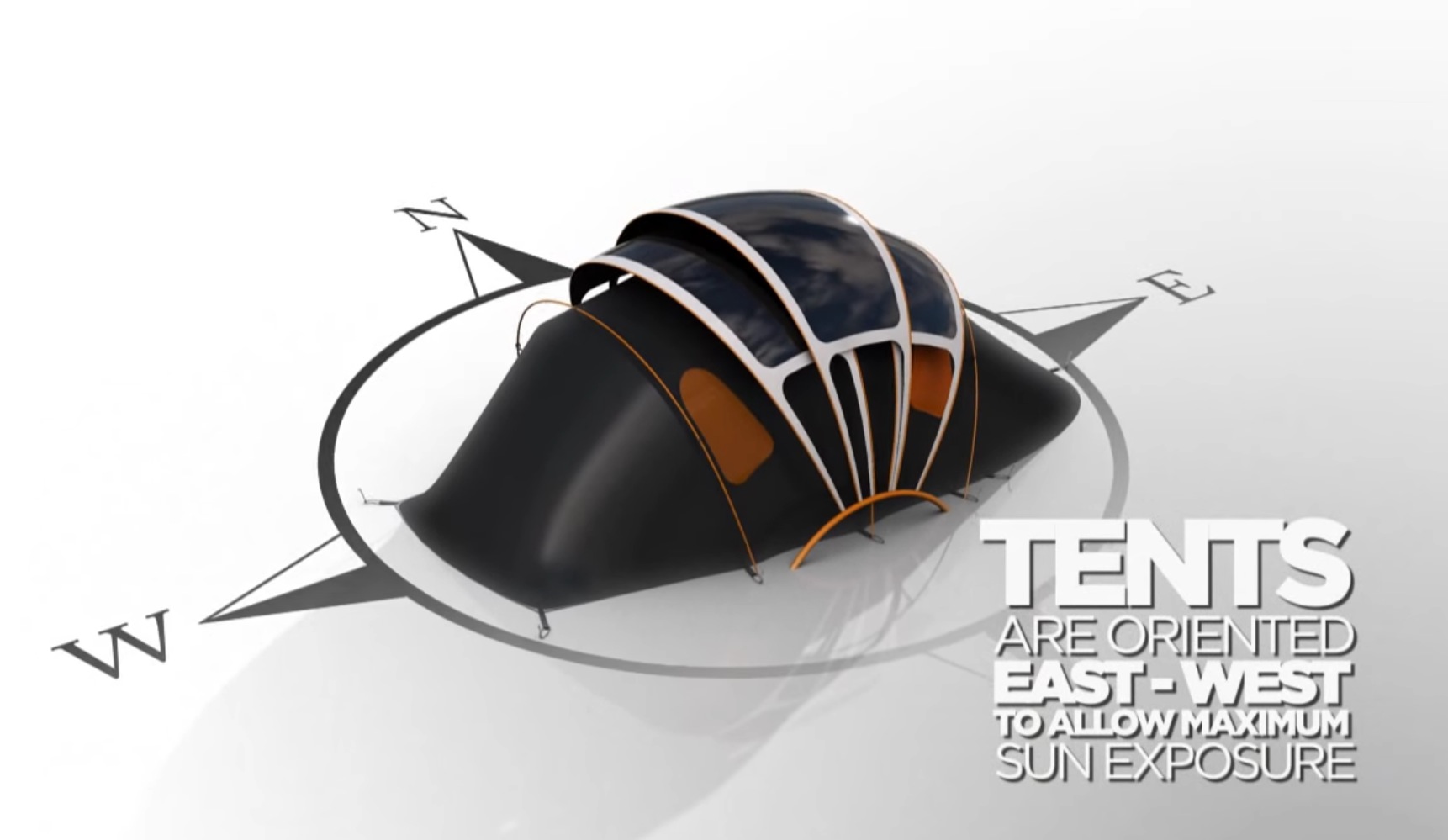 There is said to be a Kickstarter campaign for this design in the works, but it may not end up happening. If you were looking to get your hands on an equally awesome solar powered tent, Cinch! employs a similar design and was successfully funded on Kickstarter in 2015. Innovative designs like this are often left to die in a world driven by practicality and usefulness, with no respect for the beauty of a product. 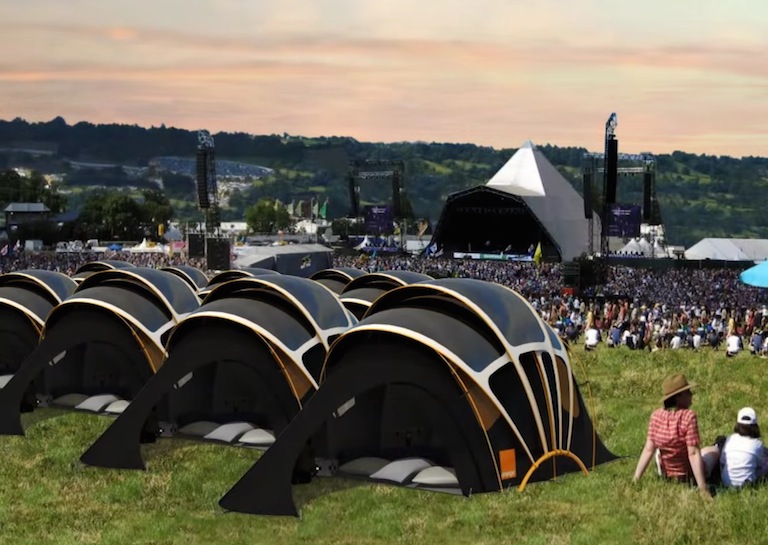 Perhaps the biggest setback for the design would be the manufacturing of curved solar cells that would be both portable yet structurally integral to the design of the dwelling. On that next camping trip, be sure to pack some solar panels so you don't run out of power, and maybe even try watching a movie projected in the middle of the woods.

SEE ALSO: Transparent Bubble Tents will get you up close and personal with nature