A piece of paper could offer an inexpensive revolutionary step to water purification. The raw materials for this solar still only cost about $2 per square meter. 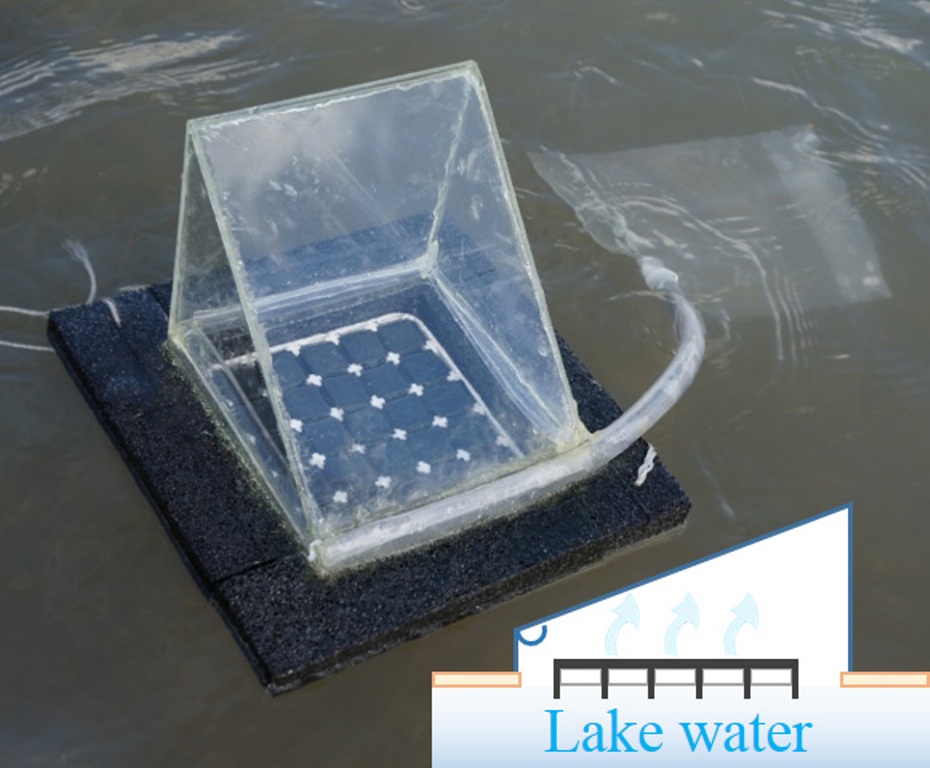 A research team from the State University of New York (SUNY) Buffalo campus developed the technology. Solar stills have been around for hundreds of years in various styles, and the process is relatively simple. The still uses the sun's heat to evaporate the water. The vapor then becomes trapped and condense in a separate container without contaminants. Moisture traps remove the impurities.

"Using extremely low-cost materials, we have been able to create a system that makes near maximum use of the solar energy during evaporation. At the same time, we are minimizing the amount of heat loss during this process," said lead researcher Qiaoqiang Gan,  associate professor of electrical engineering.

The new device has three unique components. The paper base is a fiber-rich paper similar to those used to make currency. That paper gets coated with a carbon black powder, a cheap powder created from incomplete combustion of oil or tar. The paper acts like a napkin to absorb water and the carbon absorbs the sunlight. Blocks of polystyrene foam get cut to make 25 connected pieces. That foam acts as an insulator and a barrier to prevent the sunlight from overheating the water.

The team's research helps solve some of the remaining problems with traditional solar stills - namely, cost. Nanomaterials used to better utilize the sun's rays cost hundreds of dollars. This means that nanotechnology, while efficient, is highly impractical for usage in developing nations and low-income areas.

"People lacking adequate drinking water have employed solar stills for years, however, these devices are inefficient," said Haomin Song, PhD candidate at UB and one of the study’s co-authors. "For example, many devices lose valuable heat energy due to heating the bulk liquid during the evaporation process. Meanwhile, systems that require optical concentrators, such as mirrors and lenses, to concentrate the sunlight are costly."

Not only is it cheap. The technology is highly efficient. Only 12 percent of available energy gets lost during evaporation. The team writes in their research that this low amount of loss is unprecedented. Test results show that the still create three to 10 liters of water each day. This can be seen as an improvement over current stills producing between one and five liters daily.

In 2013, the United Nations reported that 783 million people don't have access to clean water. While those numbers have decreased slightly, the problem still persists. Between six to eight million people die each year due to water quality or access issues. Initiatives that seek to reduce this number - however big or small - continually push toward a brighter future for millions.

"The solar still we are developing would be ideal for small communities, allowing people to generate their own drinking water much like they generate their own power via solar panels on their house roof," said Zhejun Liu, a visiting scholar at UB, PhD candidate at Fudan University and one the study’s co-authors.

For more information, you can read the full paper online via Wiley Online Library.