Solving This Impossible Chess Puzzle Will Win You $1 Million

Researchers at the University of St. Andrews are offering up a hefty $1 million for anyone able to write a program that could solve their seemingly impossible chess puzzle. However, the researchers think that even with the best coding, it could take decades to solve.

Chess is known as a game of intense strategy and therefore the most difficult problems in the game are usually mastered by the greatest minds on earth. It’s not usually considered an easy way to make a buck.

However, researchers at the University of St. Andrews are offering up a hefty $1 million for anyone able to write a program that could solve their seemingly impossible chess puzzle. That’s right; your weekend hobby just became very, very valuable.

St. Andrews and the Clay Mathematics Institute in New Hampshire (United States) announced the challenge, including that this chess puzzle called the "Queens Puzzle" could take thousands of years to solve.

Interestingly, this particular chess game has a dual purpose. The person or group that creates a computer program able to figure it out will help future technology tackle other currently impossible problems, such as online security quandaries and much more.

In a paper published in the Journal of Artificial Intelligence Research, the team of researchers, led by Computer Scientist Professor Ian Gent first became intrigued with the “Queens Puzzle” when a Facebook friend challenged Gent to solve it on the social media forum.

While the game has been languidly solved by some genius-level human beings, once a computer approaches the challenge, it consistently fails. Gent believes that when and if a computer program breaks the code quickly, it will seriously shake up the tech world.

“If you could write a computer program that could solve the problem really fast, you could adapt it to solve many of the most important problems that affect us all daily. This includes trivial challenges like working out the largest group of your Facebook friends who don’t know each other or very important ones like cracking the codes that keep all our online transactions safe,” said Gent in a St. Andrews press release.

Why is it so hard for computers to solve these issues? The options are too endless, and it takes years to figure it out thanks to “backtracking” – a process used in programming in which every option is considered and then “backed away” from until the right one pops up.

Speeding up the processing power of computers has heavenly rewards, but it might never happen. 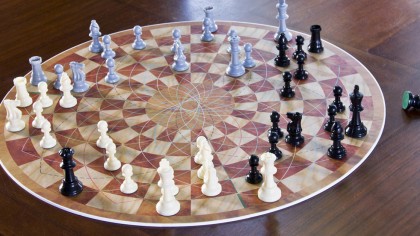 Three-Player Chess is Just as Challenging As it Sounds

Peter Nightingale, another researcher on Gent’s team, shared his doubts for a breakthrough.

"In practice, nobody has ever come close to writing a program that can solve the problem quickly. So what our research has shown is that – for all practical purposes – it can’t be done," he said.

If you think you have what it takes to create a program of this caliber, then head on over to the Clay Prize website and offer up, what could be the $1 million answer to all our problems.