Somerset Development Authority is going to change the traditional Bell Labs into Urban Hubs to meet the requirements of the modern cities.

The Bell Labs are the research and development units of the information technology sector. These are purely private initiatives by Alcatel-Lucent, situated at places like Berkeley Heights, New Jersey etc in USA. The first Bell Lab was founded by Alexander Graham Bell in Washington and the today’s Bell Labs are carrying the name and inheritance of the former one. Bell Labs are the birthplaces of Transistor, Radio Astronomy, Laser, UNIX operating system, The C, S, and C++ Programming Languages. 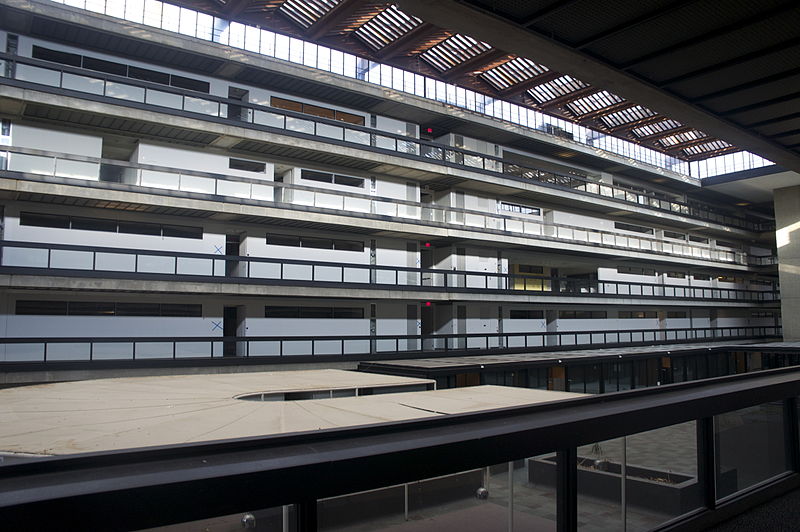 However, since 2007, Bell Labs have lost their honor and glory in the world of science and technological innovations. By then the French Telecommunication Company, Alcatel-Lucent decided to close down the Bell Labs of Holmdel, New Jersey. This decision leaved the Bell Labs with a huge space of around 1.9 million square feet with the 470 acre ground area and interior gardens. At first, the company maintained these empty labs, but then they decided to abolish the structure and built a new one in these places. However, this idea was never succeed due to the opposition of scientists and architects throughout the world.

A new idea came to reconstruct the Bell Labs from the authorities of Somerset Development, when the Bell Labs went under their ownership. They want to use the large vacant spaces as Urban Hubs, where things of homemaking and housing, healthcare and beauty products, technological gadgets will be available along with spaces for several offices and coffee shops. This idea is heavily compatible with the shopping malls of modern age and the plan is going to utilize these well maintained complexes.

The famous New York architect Alexander Gorlin has the charge to reconstruct the Bell Labs without changing or destroying the original structure built by Eero Saarinen. He has the aim to open the inoperable windows and built up 225 new houses in the adjacent of the Bell Labs. The primary experiment is started with the Holmdel Bell Lab, and it will be extended to other Bell Labs as well.