South Australia has approved the biggest solar thermal power plant of its kind in the world. The 150-megawatt structure received the green light from government officials this week. The plant will be constructed in Port Augusta. The project will provide employment for over 600 construction workers and will provide more than enough energy for the state’s requirements. 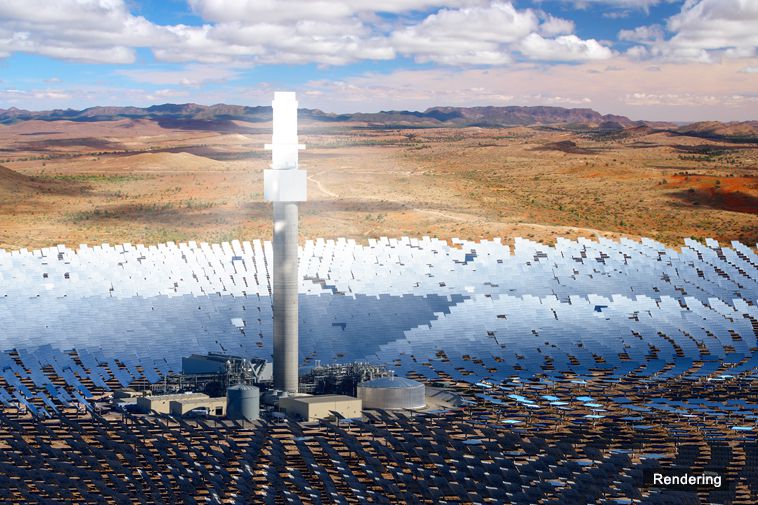 Project expects to be running by 2020

The renewable energy project will kick off next year and be completed by 2020. The US$510 million project is the latest in a long line of renewable energy projects the state is tackling. Wasim Saman, from the University of South Australia, explains “The significance of solar thermal generation lies in its ability to provide energy virtually on demand through the use of thermal energy storage to store heat for running the power turbines.” He adds, “This is a substantially more economical way of storing energy than using batteries.”

The most common form of solar power uses solar photovoltaic panels to convert sunlight directly into electricity. This method of energy production then requires batteries to store the excess power. Solar thermal plants on the other hand use mirrors to concentrate the sunlight into a heating system. The method of heating can vary but for the South Australian plant, molten salt will be heated up.

This is a much more economical method than using regular batteries. The hot salt is then used to boil water, spin a steam turbine, and generate electricity when required.

Designers of the Port Augusta project say that the plant will have the ability to generate power at full load for up to 8 hours after the sun’s gone down. The South Australian project will be modeling itself off another big solar thermal power plant. The 110-megawatt capacity Crescent Dunes plant in Nevada was built by the same contractor who will use the US model as the base. 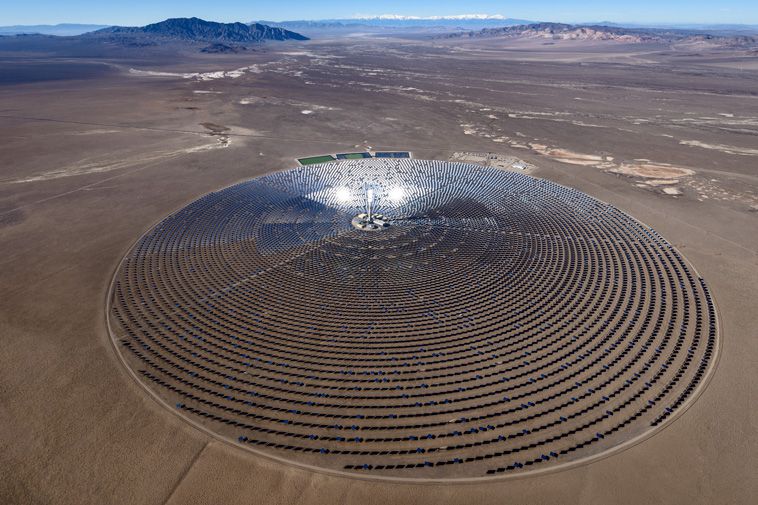 South Australia is a world leader in renewable energy. This latest project now means that around 40 percent of the state’s entire electricity needs are generated by renewable sources. It is hoped that the conversion to solar will also mean a cut in residential electricity costs. The new plant costs less than building a new coal-fired power station and works out to a similar cost per megawatt as other renewable sources such as solar and wind power.

Port Augusta - renewable capital of Australia! Thanks to the thousands who believed in us. pic.twitter.com/Xpxje3c9KH

It isn’t all happy news though. South Australia was plagued by electricity blackouts last year and the unreliable renewable sources were blamed. Engineering researcher Fellow Matthew Stocks, from the Australian National University, says we still have “lots to learn” about how solar thermal technologies can fit into an electric grid system. He explains, “One of the big challenges for solar thermal as a storage tool is that it can only store heat. If there is an excess of electricity in the system because the wind is blowing strong, it cannot efficiently use it to store electrical power to shift the energy to times of shortage, unlike batteries and pumped hydro.”