South Korea has all of the pieces ready to create their own blackout graphite bombs. Previous usage of these bombs have wiped out 70 percent or more of electrical grids in affected areas.

South Korea is developing a "blackout bomb" to render the electrical grids of North Korea's largest cities useless. These bombs take out power to nearly all electronics within the range. The graphite blackout bombs would be used in the event of war breaking out with the country's northern neighbors.

Each bomb releases a cloud of treated carbon filaments at just 0.025 mm in size over electrical components. The cloud of graphite settles onto electricity-dependent equipment. Graphite does a fantastic job at conducting electricity thanks to its delocalized electrons. These graphite particles make contact with a power system and start conducting current. Those extremely high currents short circuit systems and cause failures. If power lines aren't insulated, the damage is extremely wide-spread.

The United States was the first country to utilize blackout bombs during wartime. They deployed them in Iraq during the Gulf War of the 1990s. NATO also used these bombs in Serbia in 1999. That usage knocked out 70 percent of the country's power grid. These weapons only recently became declassified.

"All technologies for the development of a graphite bomb led by the ADD have been secured," a military official said. "It is at the stage where we can build the bombs at any time." 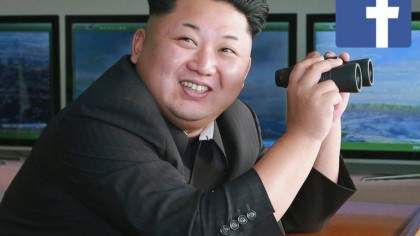 According to Yonhap News Agency, the South Korean military is close to finalizing their own version of this technology. The news report said that while "there are no signs of imminent North Korean provocations" on the horizon, the country is keeping a watchful eye open.

"We have yet to detect any signs of immediate provocations from North Korea," a South Korean military source said. "We are maintaining an upgraded monitoring effort to guard against any developments."

These blackout bombs are also designed to have an impact on the psyche of a potential enemy. Having an adversary with the power to cripple an entire country's electricity is a powerful negotiating point.

Yonhap also reported the country getting an Aegis warship equipped with radar to detect ballistic missiles in the East Sea. According to the newspaper, "these radars are able to spot North Korea's ballistic missiles within two minutes of launch."

The actions come as part of South Korea's Kill Chain program. It's a strategy to equip the country's "three pillars" of national defense in response to the rising tensions with North Korea. Originally scheduled to start in the mid-2020s, South Korean officials began preparations early.

South Korea is not alone in is 'doomsday' planning. U.S. Defense Secretary James Mattis noted that the United States has "got to be ready" in the need for a quick response to North Korea. U.S. President Donald Trump continues to imply that something will happen, off-handedly telling reporters during a photo op with his top military advisers that it was the "calm before the storm." When asked by those reporters what he meant, Trump simply smiled and said, "You'll see." Britain is also working on a strategy should war become a reality with North Korea. Those plans include deploying the British Navy's latest aircraft carrier, the HMS Queen Elizabeth, earlier than expected.