Physicists in South Korea managed to keep high-performance plasma stable for 70 seconds this week. This gives the Korean Superconducting Tokamak Advanced Research (KSTAR) reactor the record for the longest ever time sustaining such reaction. 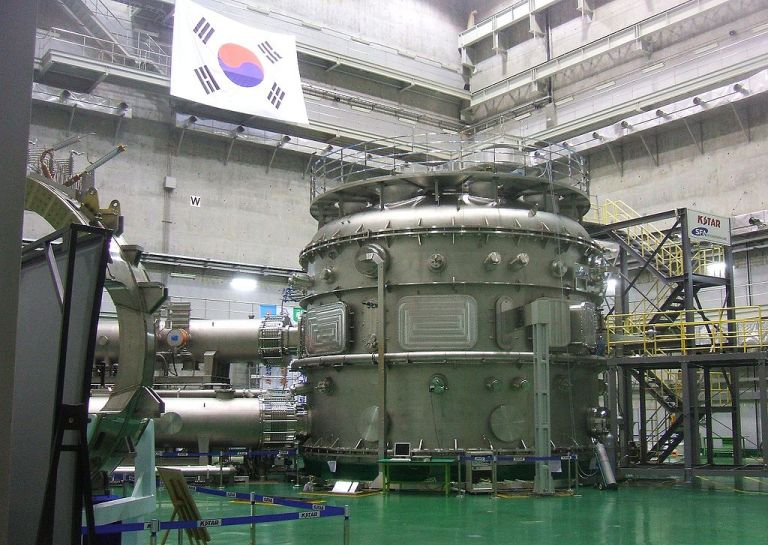 This superheated plasma holds the key to unlocking nuclear fusion for virtually limitless and reliable energy. The Daejeon-based institute said they used a high-power neutral beam to contain the plasma.

"The world record for high-performance plasma for more than a minute demonstrated that the KSTAR is the forefront in steady-state plasma operation technology in a superconducting device," National Fusion Research Institute said in a statement. "This is a huge step forward for realization of the fusion reactor."

The KSTAR reactor is a tokamak reactor, one in which heated plasma blobs can reach up to 300 million degrees Celsius. Magnetic fields hold these blobs together, fusing hydrogen atoms to create helium atoms. That release of energy can be captured and converted to 'unlimited' power.

NFRI researchers also announced a new "operation mode" that can enable reactions to endure higher pressure at lower temperatures. Today's reactors consume more energy than they produce. But each extension of sustaining these plasma reactions lead one step closer to duplicating the solar fusion process.

Most of the biggest news in nuclear fusion has come out of either German or French facilities. The internationally researched and French-based ITER Tokamak reactor recently finished insulating its qualification coil, a process that helps protect and sustain electrical currents run through the reactor. However, the KSTAR team doesn't look to duplicate ITER's successes.

"With the progress of the Iter project, the KSTAR research will focus on the mission essential for the fusion reactor beyond Iter," the institute said. "They are new efficient mode of operation and a new divertor concept suitable for the Korean fusion demonstration reactor, the K-DEMO device, which will be the first runner in worldwide fusion energy development plan."

Development of the KSTAR started in December 1995 and took 12 years to complete. Researchers conducted their first experiment in 2009. At that time, the KSTAR was the first in the world to feature a fully superconductive magnet system. Its mission is "to develop a steady-state-capable advanced superconducting tokamak" and "to establish the scientific and technological base for an attractive fusion reactor as a future energy source."

The NFRI wants to continue to push boundaries and uphold that mission.

Regardless of which reactor sustains nuclear fusion first, when it finally happens, the engineering and science communities will have created something that could potentially save humanity.

For more information about the NFRI and the KSTAR reactor, check out this website here. You can see a full breakdown and diagnostics of the main system, ancillary systems, and even get the project's overall strategy.