A decision this year to expand the scope of the debt-forgiveness scheme known as the National Happiness Fund in South Korea is being greeted with mixed reactions within the country.

The government in South Korea, in one of the most generous efforts of our time, have agreed to forgive the debts of upwards of 1.6 million people in the country.

The concept behind the debt forgiveness initiative is to provide relief for low-income families and individuals who have demonstrated significant financial need. The government has announced that applications can be submitted as early as February 2018.

These actions are all part of South Korea's "National Happiness Fund", which was established in 2013 for the purposes of assisting Korean citizens with managing debt. Former president Park Geun-hye was the architect behind the scheme, and the country’s Financial Services Commission is responsible for carrying out the administrative details of the policy.

To qualify for assistance, individuals must prove they earn a monthly income of less than 990,000 won ($910) and demonstrate they have struggled to pay back the debt for more than a decade. The plan could clear as much as 6.2 trillion won in bad debts.

There are three main criteria applicants must meet in order to qualify:

• They must show documented proof of monthly earnings less than 990,000 won (the equivalent of $910)

• Finally, they must show proof of consistent, but unsuccessful attempts to pay off a debt for more than 10 years.

The National Happiness Fund—in less than 5 years since its founding—has led to a total of about 6.8 trillion won in debt restructuring. Still, the opinions of policymakers and financial strategists are divided about how effective the national measure really is. On the one hand, the scope of the Fund was expanded this year, greeted with optimism by some, yet its main supporter, President Geun-hye, was removed from office this year and is now under investigation for corruption. 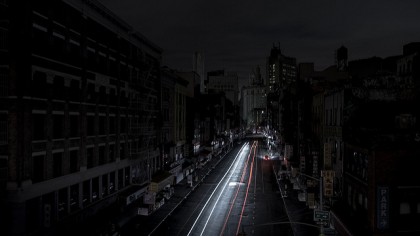 Asia-Pacific Global Research Group Chief Executive Jasper Kim is a strong supporter of the plan: "It is a unique form of Confucian capitalism, whereby the state is often viewed as a patriarchal protector of the people," adding skeptically its shortcomings, mainly that it "does not directly address the higher levels of individual debt incurred by middle and higher-income households.” In his research, the findings shared in an article titled “The Myth of Confucian Capitalism in South Korea: Overworked Elderly and Underworked Youth” in Pacific Affairs, policy researcher Ji-Whan Yun criticizes the economic model in South Korea for creating a type of “demographic imbalance in labor markets [between the generations]...[a] problem of overworked elderly and underworked youth.”

Also, there are critics who believe that the scheme could set up a system that does not promote fiscal responsibility. “The government’s people’s happiness fund will bring moral risks because debtors that work hard to repay their debt will no longer do so thinking the government will write down their debts,” said Lee Joon-hyup, a research fellow at the Hyundai Research Institute around the time of its creation.