The ship had on board a NASA astronaut and a Roscosmos cosmonaut. Search and rescue teams have been deployed in the air to ensure the crew's safe return.

A Soyuz MS-10 spacecraft launched from the Baikonur Cosmodrome in Kazakhstan at 4:40 a.m. EDT (2:40 p.m. Kazakhstan time) but failed to complete its journey due to a booster issue.

The crew is returning to Earth in a ballistic descent mode. Teams are working to obtain additional information from our Russian partners. Watch live updates: https://t.co/mzKW5uDsTi pic.twitter.com/kWigYS1gU4

The ship was meant to send two astronauts to the International Space Station (ISS): NASA's Nick Hague, who was on his first space mission, and Russian space agency Roscosmos' Alexey Ovchinin, who was on his second mission.

The mission, though, was abruptly thwarted when an issue arose with the booster. Viewers of the live webcast held their breaths while writing messages of support for the cosmonauts on board the craft.

An abrupt return to Earth

The journey will have to be rescheduled as the two new ISS members are now on their way back to Earth on a ballistic descent mode, a sharper angle of landing compared to normal. Meanwhile, search and rescue teams have been deployed in the air to ensure the astronauts' safety.

Thursday, @AstroHague is preparing to launch on his first space mission – a six-month stay on @Space_Station. Launching at 4:40am ET, six hours later, he and his crewmate will dock to the station at 10:44am ET. Details on how to watch live: https://t.co/N2Sukhxuom pic.twitter.com/Efu50Tkk4c

Hague is the first member of the class of 2013 to fly to space and is also a colonel in the US Air Force. The accomplished and excited NASA astronaut, who goes by the Twitter handle Astrohague, had been tweeting about his first space journey in anticipation.

I’m completely familiar with @Space_Station even though I haven't been there yet! In training we familiarize ourselves with each module and use vehicle mockups to practice critical emergency procedures & simple tasks like heating up food. Can't wait to experience it in person! pic.twitter.com/nLOweMQrMs

NASA had said Expedition 57 will continue the work on hundreds of experiments already underway in the orbiting laboratory. 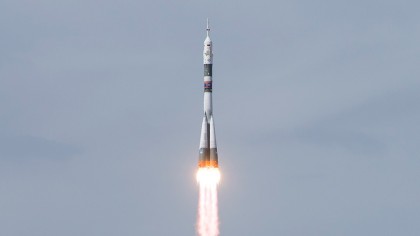 These include research "in biology, biotechnology, physical science and Earth science." Many experiments on the ISS take advantage of the space station's unique and key microgravity environment.

Both new members of the laboratory were supposed to stay on the orbital station to conduct research for six months. Just last week, ISS crew members collected saliva and blood samples for an ambient return aboard the 54S Soyuz spacecraft, performed plant thinning as a part of the Plant Habitat-1 investigation and more.

* Update: the Soyuz capsule has landed on Earth and the astronauts are reported to be in good condition.

.@NASA astronaut Nick Hague and Russian cosmonaut Alexey Ovchinin are in good condition following today's aborted launch. I’m grateful that everyone is safe. A thorough investigation into the cause of the incident will be conducted. Full statement below: pic.twitter.com/M76yisHaKF

IE wishes the astronauts a safe return and will update this story as it unfolds.