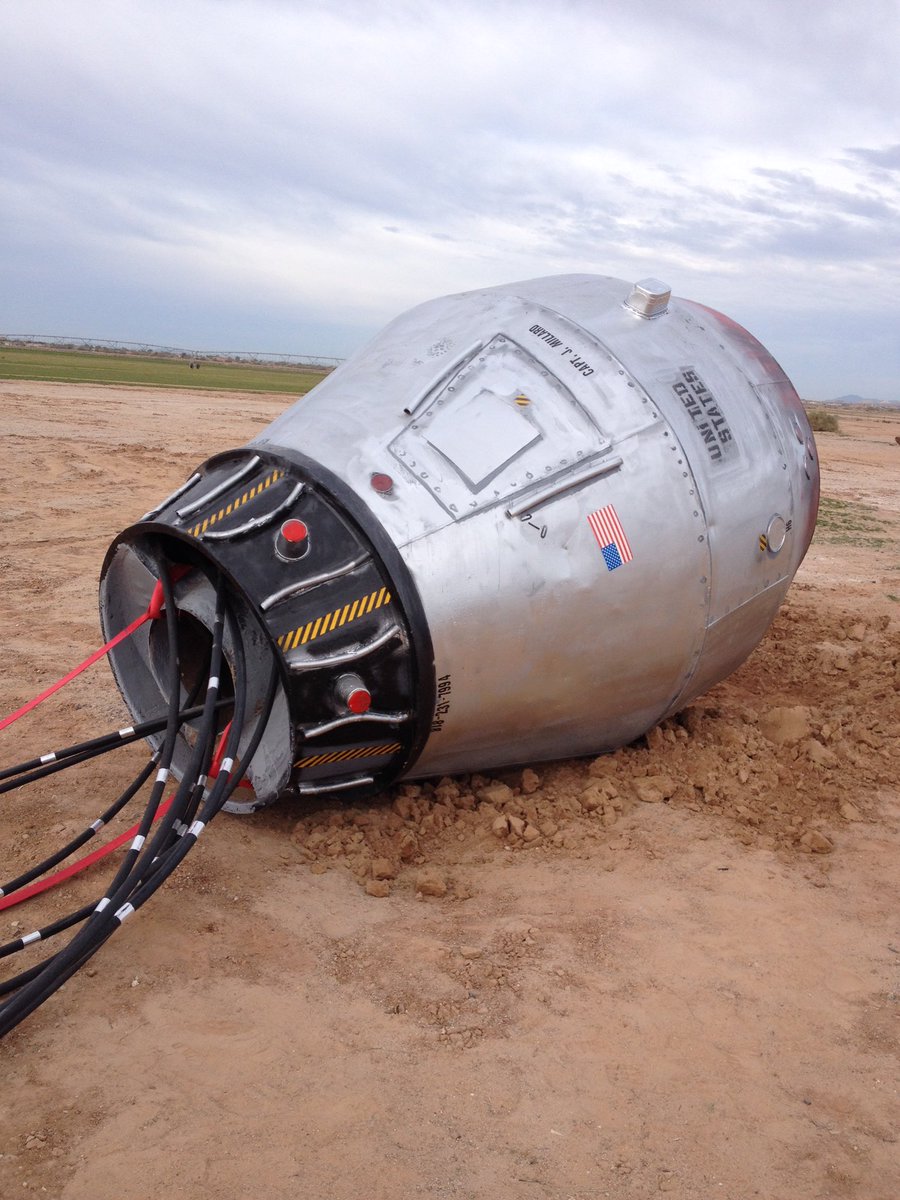 The object, marked with the United States flag, was found on the Arizona highway near Casa Grande on Monday morning, February 6. The parachute attached 'space capsule' appeared so real that a former NASA engineer reported the object to authorities. He said that it had fallen from the sky and landed in a field. The object was also reported to 9-1-1. The passerby who reported the metal drum identified it as "an extraterrestrial delivery".

Arizona's Department of Public Safety (DPS) sent someone to the site to investigate the object. “Upon inspection, troopers found that someone had placed the tumbler assembly from a cement truck in a field,” DPS spokesman Quentin Mehr said.

The 'space capsule' turned out to be a piece of installation art. It was made from an old cement mixer and a vintage parachute.

Arizona Department of Public Safety tweeted that the 'space capsule' "caused a stir on #I10 this morning." “It appears an artist got creative near Casa Grande and turned a cement truck drum into a space capsule!"

The artist who caused all this commotion is called Jack Millard. He is a 53 year old man from Scottsdale. Millard was driving from Phoenix to Tucson for a Gem and Mineral Show when he saw the abandoned cement mixer. The cement mixer was lying in the field off the interstate.

"I saw this abandoned old rested-out cement mixer," said Millard. "I saw it a couple times and I thought, 'you know, that looks a lot like a space capsule'."

Millard felt that the cement mixer needed some 'livening up'. He contacted the owners of the mixer to get their approval before beginning his painting.

"He calls my dad up and said he's interested in the cement mixer," said Yvette Kent, whose family owns the land where the cement mixer was found. "My dad offers to sell it to him for $200, and he says,'I don't want to buy it. I want to paint on it', and my dad was like, 'oh OK, go ahead'."

The owners were skeptical at first, however, they soon warmed up to the idea. "I think they were tickled by the idea," said Millard.

The entire process took Millard two days to complete. "What I wanted to do is to turn this project around as quickly as possible, so it's a surprise," said Millard.

Miller went the extra mile and purchased a vintage parachute to attach to his piece of art.

Millard said, "I just get these impulses to create." "It’s a glorified yard ornament."

"What you're looking at has been here 30-35 years...Through this art of creation, it's brand new," said Millard. He added that, "I think it’s going to be known as the 'Casa Grande Capsule'".

SEE ALSO: The Girl Who Builds the World’s Most Useless Robots